The new GTA Online Condemned event adds a scary mode for you to earn double rewards in, a Batmobile-like vehicle, discounts and free cash to add to your in-game bank account.

Rockstar revealed the GTA Online Condemned game mode, in-game cash bonuses and Vigilante vehicle this week in a post on Rockstar Newswire. The update marks four years since the online role-playing game launched on the PS3 and Xbox 360. Everyone with a copy of the game on Xbox One, PS4 or Windows gets access to the update free. And, as part of the celebration, Rockstar is also heavily discounting Halloween themed clothes and vehicles. 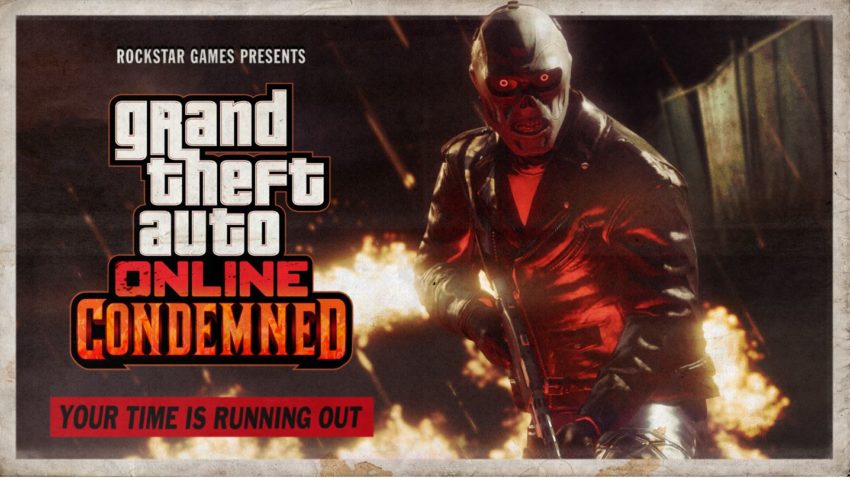 GTA Online Condemned Mode highlights just how quickly players of the game can turn on each other. The mode marks one player for death. If that player doesn’t kill someone else and stick them with the curse before time runs out, they die. The last person left wins and earns the biggest boost to their RP. To entice gamers to try the new mode, Rockstar is doubling the amount of RP gamers earn for playing the mode until November 6th. The studio is also doubling Smuggler’s Sell Missions RP and payouts.

The Vigilante, GTA Online’s newest specialty vehicle, has machine guns and jets on its rear. Players with enough cash can add a rocket launcher to the vehicle too. It looks a lot like the Batmobile from the Batman franchise. It isn’t discounted during the event, but the Franken Strange, Lurcher and the LCC Sanctus vehicles do cost 25% less until November 6th. 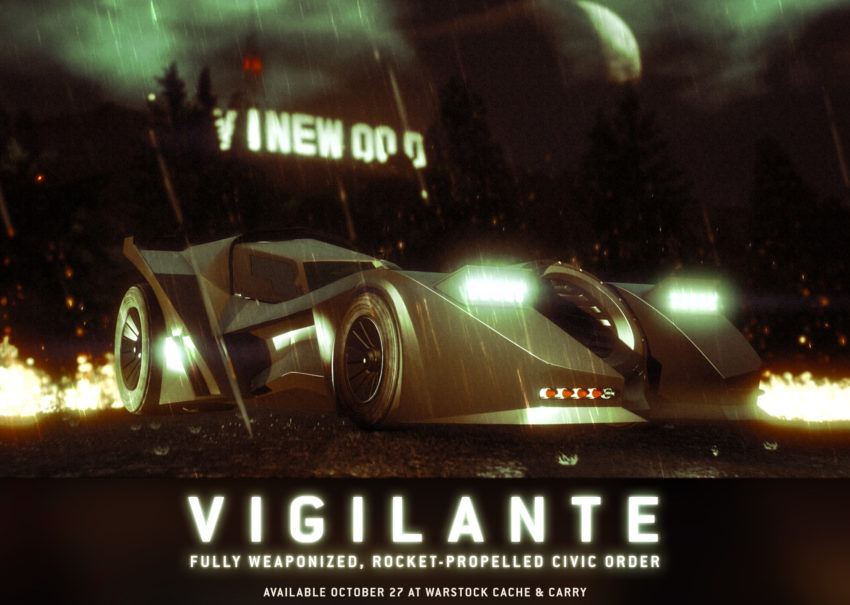 Finally, everyone that logs in to the game gets a free Cheerleader Massacre 3 T-Shirt, Vinewood Zombie T-Shirt and Knife After Dark T-Shirt to dress their character in. If you don’t like any of these items, you can use the $400,000 in-game cash the update unlocks between November 6th and November 13th to buy clothes that fit your character’s style more.