HBO Now is the best way for cable cutters to watch HBO exclusives like Game of Thrones, Silicon Valley and True Detective. After a short, but painful wait, Google announced that the HBO Now Android release is coming soon.

There is good news about HBO Now for Android, HBO Now for Chromecast and even for HBO Now subscribers on iPhone and iPad.

You cannot sign up for HBO Now for Android yet, but this summer Android users will be able to use the service on their mobile devices and stream it to a TV with an affordable adapter.

HBO Now is a HBO streaming service for users without a cable subscription. It is essentially a cable-free version of HBO Go. Announced earlier in 2015 as a timed exclusive for Apple devices it is soon coming to Android users.

Here’s a look at the most important HBO Now Android release details that users need to know.

At Google I/O 2015 we learned that the HBO Now Android release is coming soon. On stage Sundar Pichai announced the new HBO Now for Android service.

Although there is no specific HBO Now Android release date we know that it will arrive this summer. We expect to hear more about the availability when it arrives.

Although Google spent time right after the HBO Now Android announcement to talk about Android M and an Android M Beta for Nexus devices, HBO Now is not limited to Google’s Nexus line. 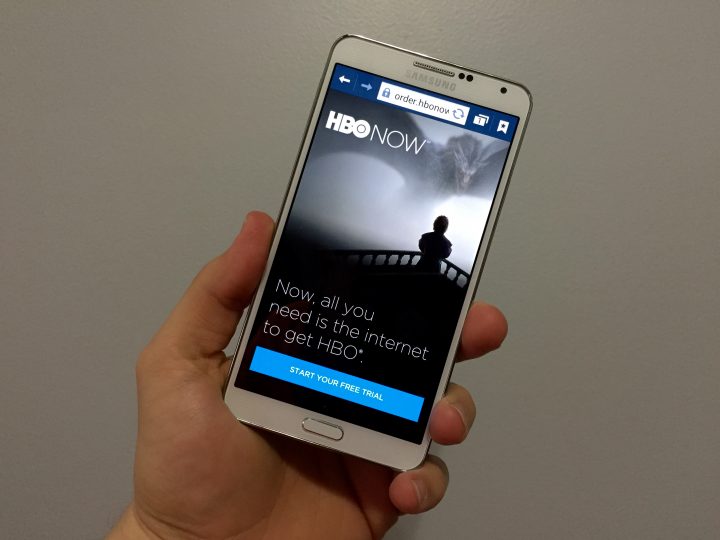 The HBO Android release is coming soon to all Android devices.

During the announcement Pichai shared that you will be able to find HBO Now on Google Play and that HBO Now is, “available across Android.”

That means you don’t need a new smartphone or the latest software to enjoy the HBO now Android app on your phone.

The new service also includes HBO Now for Chromecast and will allow Android, iPhone and iPad users to cast HBO Now to their TV.

HBO Now is $14.99 a month for full access to the movies and originals. There is currently no discount to the service. This is similar to the price of HBO through a cable or satellite company, but there is no need to pay for cable to get HBO.

CutCableToday reports that HBO Now prepaid plans may come to the service offering a year of HBO Now for $99 or three months for $29.99. At these prices a year of HBO Now would cost less than a Netflix membership.

What you need to know about HBO Now for Android price and free trials.

When you set up a HBO Now account you currently get a free trial that varies based on the current promotion and the provider. We’ve seen seven-day HBO Now trial and 30-day HBO Now trial offers since the service started in March.

Google did not announce any specific HBO Now Android trial, but the HBO Now help page lists the following information,

“You may be offered an introductory free trial period by your chosen subscription provider. You’ll need to set up your account with your provider when you start your free trial. You may be required to set up a payment method and agree to automatic subscription renewal.”

The odds for some form of a free trial is still very good.

What Can You Stream with HBO Now?

On HBO Now for Android you can stream a lot of content.

You can watch new episodes of HBO shows on HBO Now for Android at the same time as they appear on HBO and on HBO Go.

With a HBO Now subscription you can watch almost every HBO original series from the current hits to older ones like Entourage, True Blood, Band of Brothers, The Wire and more. There is a lot of content and all of it comes with the subscription.

Subscribers also gain access to recently released movies that are showing on HBO and much more. There is a lot of content for the price.