We’ll explain why Android is better than the iPhone with an early 2018 Android vs iPhone comparison that looks at where Android is still King even with the iPhone X on the market.

On the other end of the spectrum, Apple’s iOS 11 update, iPhone 8, iPhone 8 Plus and iPhone X close the gap in some key areas, building on the iPhone 7, but there are still a lot of areas where Android is hands down better than the iPhone and iOS. 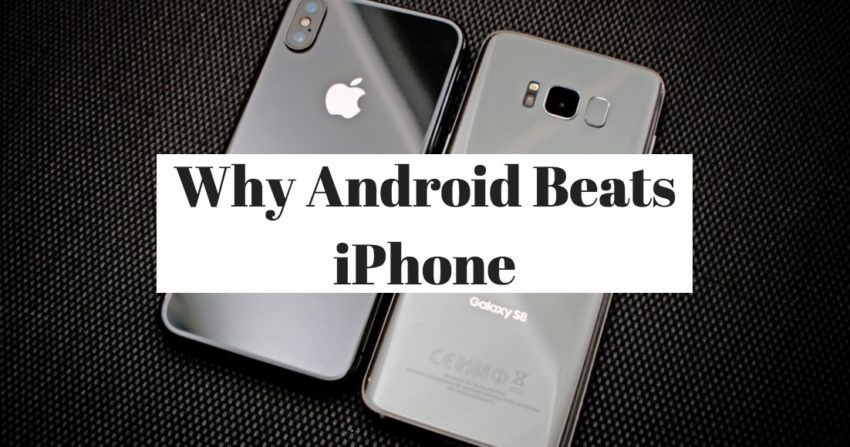 Here’s how Android beats the iPhone in 2018.

Ultimately you need to figure out if an Android phone is better than the iPhone for your needs and your preferences, but if you are trying to decide this list of things that Android does better can help.

Apple caught up to Android in many areas with the last several updates, but there are still many closed off parts of iOS that are wide open to customization and control on Android.

While Apple updated, Google did not sit by without adding to Android devices. There are a plethora of great Android smartphones that deliver features you will not find on the iPhone and iOS 11. After you read the Android vs iPhone comparison you still need to pick the right Android smartphone or the right iPhone.

Some shoppers may not care about every reason, but knowing what the competition offers makes it easier to decide which smartphone you should buy in 2018.

Apple offers more choice than we’ve seen from them before with the iPhone 8 Plus, iPhone 8 and the iPhone X — but you still only have three screen sizes and two designs to pick from. The iPhone SE does still fit in, but with no iPhone SE 2, the 4-inch screen size is all but gone from Apple. You can still find good Android phones with smaller screens. Android delivers more options with waterproof phones, different screen sizes, more colors, different materials and other differentiating factors.

With Android smartphones users can choose a modular design with Moto Mods, and better waterproofing on the Note 8 as well as a variety of looks, styles and configurations.

There is also support for a huge screen with a built-in stylus with the Note 8. In addition to these big names, there are many other options from Motorola, Huawei and if you include last year’s releases a number of other interesting options.There are also options to buy some Android phones a replaceable battery, something that isn’t available without adding a case to the iPhone.

Users can pick the phone size and design they want, and they can also pick a phone that offers a replaceable battery, a great camera or another feature without limiting to just three phones for the latest features and user experience.

Even the new 64Gb iPhone 8 and iPhone 8 Plus don’t offer enough room for some users, and that is the amount of storage you are stuck with until you buy a new iPhone in two years. if you want to buy more storage off the bat, you’ll spend $150 more for 256GB.

Many Android phones support a Micro SD card that can store photos, videos and some apps so that you can easily add more storage for $15 to $30 with a small memory card.

Google Maps is Better on Android 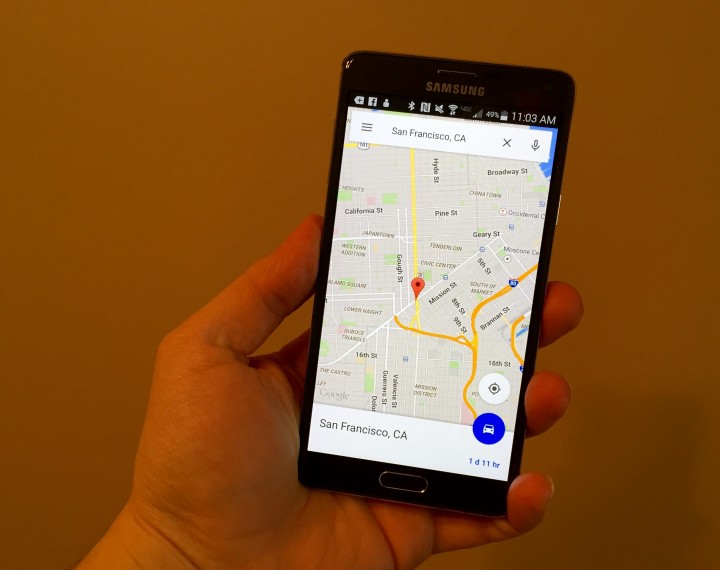 Use Google Maps easier on Android.

You can install Google Maps on the iPhone, but you cannot make it the default app.

This means Siri will always get directions in Apple Maps. The Apple Maps app is better than it was at launch, but it is still missing many points of interest, complete streets and neighborhoods and it still sends on on weird routes very often.

On Android, Google Maps offers transit directions in more cities, better driving directions, a deep point of interest search that works more often and it is integrated into the phone so that addresses open into Google Maps unless you choose to use an alternate mapping service.

Easy to Clear Cache to Get Space Back 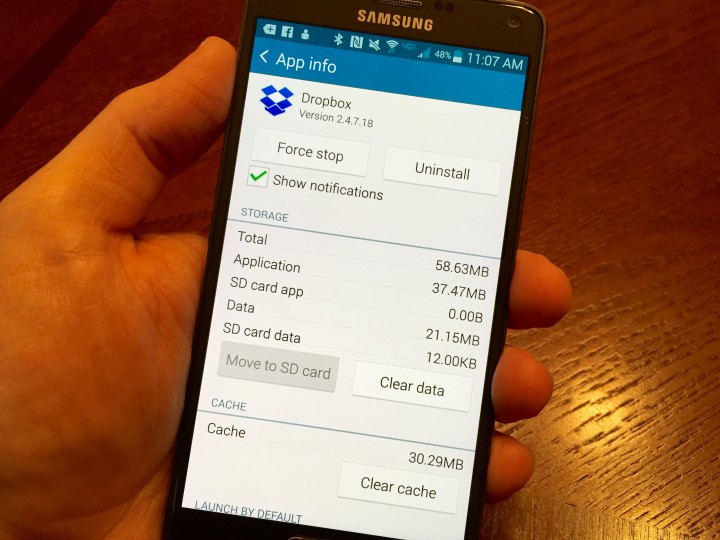 Quickly reclaim space on Android faster than on iPhone.

Apps often download photos, videos and other pieces of information to your phone as you use them. If you look at the size of an app like Vine or Instagram on the iPhone or Android you’ll likely see a lot of storage space in use. This is because the app can keep data related to the photos and videos that it downloads.

On the iPhone you need to delete the app and re-install it to get that space back. If you are using a 16GB iPhone, you may do this once every month or two.

On Android the app often includes an option to clear the cache, even if the iPhone version doesn’t. If that doesn’t work you can also clear the cache of an app in the Android software. 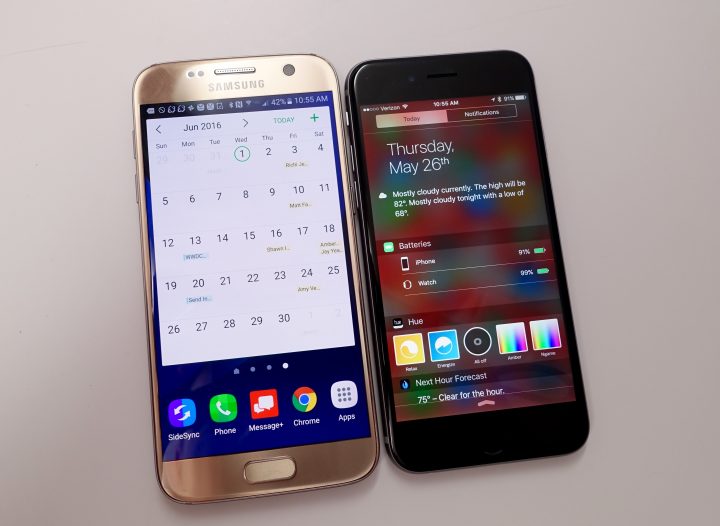 Widgets on Android are better than on the iPhone.

On Android users can choose widgets to show on the lock screen and on their home screen. This puts weather information, a live calendar and other information that each user finds important with a glance at the screen.

On the iPhone users can add some widgets, but they are only in the Notification Center and Apple is notoriously picky about what the widgets can do and what they cannot do.

It’s easier to tap a widget on the home screen than it is to open the Notification Center, count to three for all the widgets to load and change the location of the one you want to tap, and then tap it.

Users enjoy more customization on Android than on the iPhone. On Android users can install a new launcher that changes the overall look of the home screen.

Many Android versions include small options to change themes for color and other tweaks. Samsung and other companies are even going further with themes that change more than just the main color of the phone.

If you want more control over what your phone looks like without the need to jailbreak, Android is the better option. 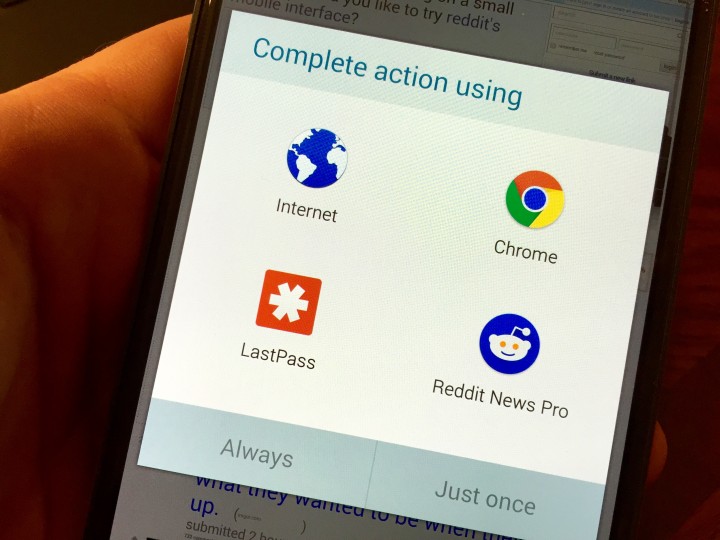 Choose a default Android app. You cannot do this on iPhone.

On the iPhone Apple does not let you choose new default apps. Safari, Mail and Apple Maps are the default and unless you are in a third-party app that lets you choose which browser to use there is no real choice. Deep linking helps you stick in apps you like, but it’s not as good as setting your favorite browser, mail client or other app.

The top Android phones from Samsung and LG offer the option to use two apps on-screen at the same time. This multitasking makes it possible to chat and look at a document or work and watch content without a second device.

On a small phone screen there are limits to the usefulness, but it is an option that we enjoy on Android.

The iPhone does not support running two apps on the screen at the same time so you need to switch back and forth if you are talking to someone about a webpage or document. Apple added support for this to the iPad, but so far it is not available on the iPhone. 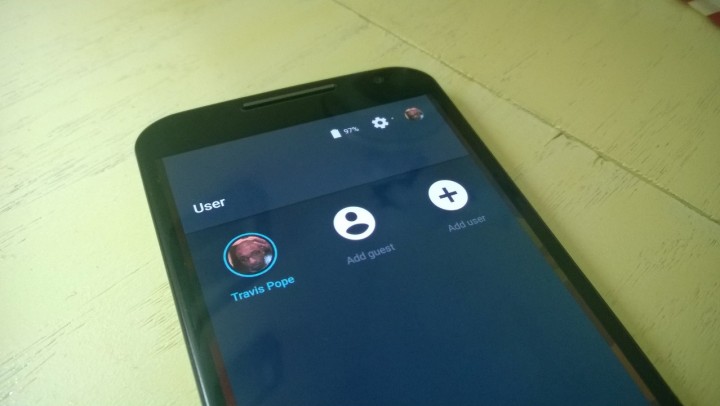 We don’t share our phones with others the same way we share a tablet, but it is nice to have a multi-user mode on Android phones running Android 5.0 Lollipop and higher.

This includes the option to create an account with limited access for your kid, a guest account so you can lend a device without sharing your info. There is even an option to pin a screen so that when you hand someone your phone they can’t see more than what you are showing them.

The iPhone offers no support for multiple users and no real kids mode without going through a complicated process to lock one app to the screen.

Install Android Apps from Any Source

Unless you jailbreak the iPhone or rely on shady user profiles there is no way to install apps on the iPhone outside of the App Store.

On Android you can choose an option that lets you install apps from any location. You can side-load an app that is not on the Google Play Store so that you can use any app you need to.

This also makes it possible to run apps not specifically designed to work with your phone. 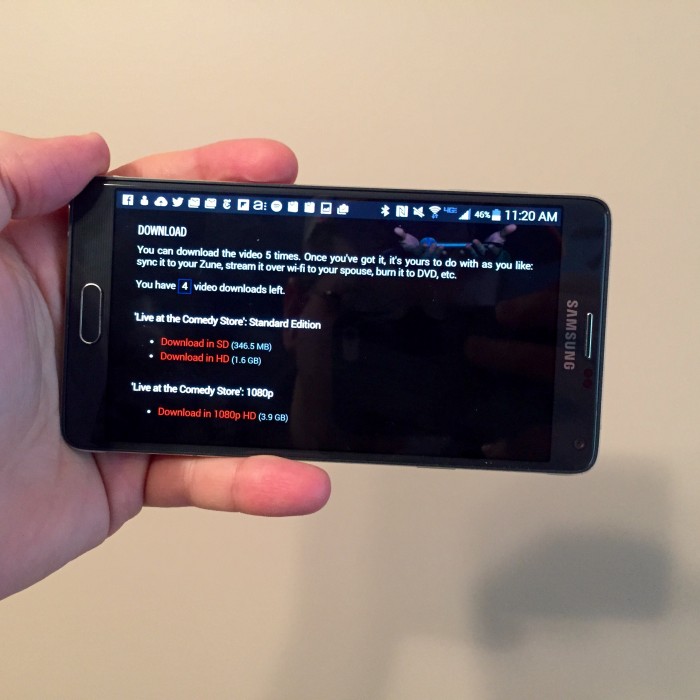 You can download music, movies and shows from almost anywhere.

If you want to add music or movies to your iPhone you need to download them on a computer and sync with iTunes or purchase them inside an app and only use them in that app. Yes, the iPhone lets you download Spotify music, download movies from iTunes and other movie services without a computer, but on Android you can download right from the web.

On the iPhone it is not possible to download many things right to the device, so users need to stream it. This is better with new options to save to iCloud or Dropbox, but its not the same as Android yet. On Android a user can download this file to the phone or Micro SD card to watch offline without needing a computer. There are similar benefits to buying music online if you don’t want to buy through iTunes.

Hey Siri is useful, and Siri can finally connect to a variety of third-party apps, but it pales in comparison to the connectivity that Google Now and the Google Assistant offer.

On many Android devices users can say, “OK Google,” or a custom command to wake the phone up for voice control without touching it or it being connected to power. Users can also choose which app Google Now should use for an activity. Instead of restricting users to Google Music, a command to play an artist can open Spotify or another music app.

Google Now also does a great job of showing useful and relevant information for users on the Google Now home screen. With the Pixel you also get Google Assistant.

The iPhone 6s and iPhone 6s Plus include NFC to let users make mobile payments, but that is the only function and there is only one option — Apple Pay.

On Android phones users can use NFC to control phone settings, trigger tasks like turning on car mode or setting the phone to home mode.

Android phones also support Android Pay for payments and other options like Samsung Pay. Some of these only support limited banks, like Apple Pay, but you do have more options.

With Samsung Pay, you can even pay on normal credit card machines without advanced NFC chips.

On the iPhone Notifications stack up in the Notification Center and quickly turn it into an unusable mess because clearing a notification is an annoying double tap procedure that involves small touch targets unless you have a newer phone with 3D Touch.

On Android users can swipe to the side to remove a notification and on many devices you can see deliver incredibly useful notifications on the lock screen that let users see what the notification is about at a glance. On devices like the Galaxy S8, you can even customize the Notification Bar.