The Horizon Zero Dawn reviews are live and the game appears to deliver on the hype it has generated for the last two years. Here are the reviews that you need to read to decide if Horizon Zero Dawn is worth buying on day one.

Horizon Zero Dawn is an open world game with stunning visuals, and according to many reviews an amazing story. While there are times when facial expressions of characters enter the uncanny valley and distract from the story it is overall one thing reviewers loved. 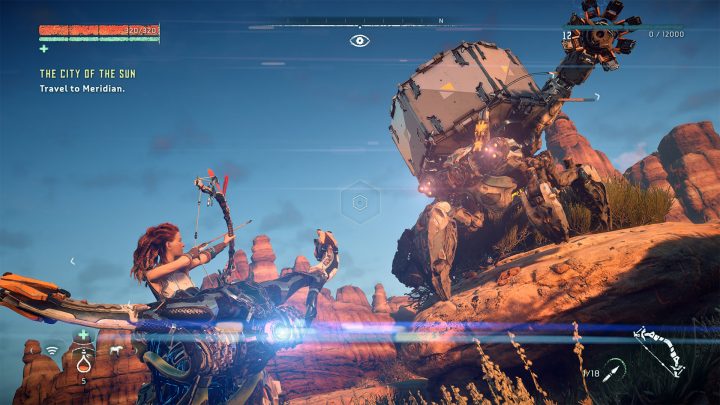 What you need to know about Horizon Zero Dawn Reviews.

Is Horizon Zero Dawn worth buying? Here are the reviews that you need to read if you aren’t yet ready to buy the game. If you decide that the game is worth your gaming dollars you can save 20% with Amazon Prime or with Best Buy Gamers Club Unlocked.

The Horizon Zero Dawn reviews that you need to read and watch are all in one place. Unlike many games that delay reviews until after release, we know exactly what to expect from Horizon Zero Dawn a week before the release date.

“Horizon: Zero Dawn is familiar but also really refreshing. It’s not a short game (I spent around 30 hours with it), but the storytelling still feels concise and efficient. The combat has some nice options that make encounters fun, even when you’re just stacking up stealth kills from the relative safety of a bush. And the presentation end of the game holds up its end of things with a solid soundtrack, great voice acting, and a cohesive design that makes all its disparate parts fit together. All in all, it’s a great game, it’s Guerrilla’s strongest release to date, and I suspect I’ll go back in after the fact to clean up whatever side quests and errands I have remaining, if only to spend a little more time in that world.” – Jeff Gerstmann Giantbomb

In this video review, no spoilers, we hear from Greg Miller and Colin Moriarty, who fill us in on why they love Horizon Zero Dawn so much. Colin calls this, “The best PlayStation 4 exclusive.” That means it tops Uncharted 4.

“This is far, far from a bad game – it’s enjoyable in its own way, and you’re certainly never short of things to do. There are zip-lines to chase down, towers to climb, dialogue trees to wander through, items to craft and a tech tree to explore; it’s an exhaustive checklist of every trope of the modern day open world game where every component is at the very least competent. The core combat and aesthetic of Horizon Zero Dawn have been placed in fine focus; the rest, though, is something of an indistinguishable blur”. – Martin Robinson Eurogamer

“Across a vast and beautiful open world, Horizon Zero Dawn juggles many moving parts with polish and finesse. Its main activity – combat – is extremely satisfying thanks to the varied design and behaviors of machine-creatures that roam its lands, each of which needs to be taken down with careful consideration. Though side questing could have been more imaginative, its missions are compelling thanks to a central mystery that led me down a deep rabbit hole to a genuinely surprising – and moving – conclusion.” Lucy Obrien IGN

“Those duller moments are a footnote, however, and they did little to slow down the game’s momentum and my interest in it. Horizon Zero Dawn thrums with the energy of a creative team finally allowed to explore something new. It builds on elements of open-world and loot-and-craft gameplay that we’ve seen before, but it does so within a context, a setting and a style that feel fresh. Horizon Zero Dawn discovers a stronger sense of its own personality in one game than Killzone ever managed across half a dozen. Guerrilla Games has long been developing some of the most buzzed-about games in the industry; with Horizon, it feels like it has finally found its own voice, one worthy of all that buzz.” Philip Kolar Polygon

Is Horizon Zero Dawn Worth Buying? 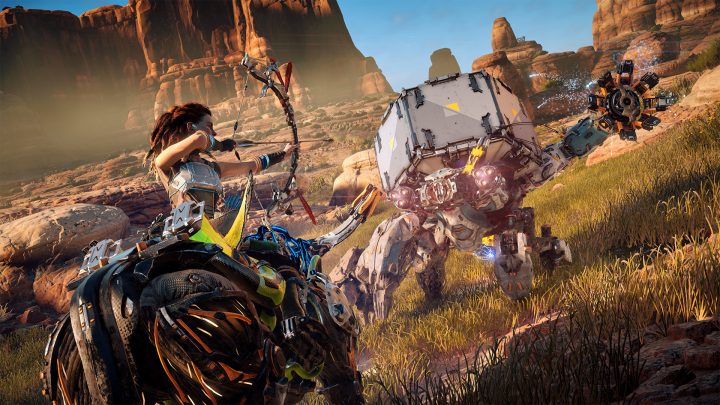 Is Horizon Zero Dawn worth buying?

We’ve already pre-ordered Horizon Zero Dawn and don’t plan on canceling it after reading these reviews. It appears that Guerrilla Games managed to capture the perfect mix of story and open world exploring. We’ve been looking for another open world game that builds in crafting in a way that doesn’t require a Ph.D. to track and understand along with a story that moves us forward in a meaningful way.

By all accounts, Horizon Zero Dawn delivers on all aspects of what we are looking for in our next game. Expect to spend at least 20 hours in the game if you stick to the main quest. Jeff Gerstmann of Giant Bomb completed the game in about 30 hours, and some reports suggest that you will spend 40 hours or more if you attempt to 100 percent the game.

Everything in the reviews suggests that Horizon Zero Dawn is worth buying, even on day one. It helps that there is no online multiplayer that will need updates to bring to a playable state. We cannot wait to play Horizon Zero Dawn and are simply waiting to pick it up on the release date.