In this guide we’ll show you how to use Android’s picture-in-picture feature available on Android 8 Oreo and beyond. Then, we’ll share a list of the best apps that take advantage of it. After being on Android TV for nearly a year, and something you probably enjoy on cable, Android finally has a capable picture-in-picture mode.

And while the list of apps that can take advantage of picture-in-picture is still small, it’s growing by the month. With the release of Android 9 Pie in August of 2018, even more apps have this ability.

Google’s PIP mode is similar to multi-window, but it works completely different. You’re able to see and get Google Maps navigation instructions while reading a text message. Or minimize YouTube to answer a quick phone call or check your email. Watch our video below to see Android PIP mode, and a list of great apps to try it on.

Android’s picture-in-picture mode works just like you probably remember it on cable boxes or your TV. While you’re using Google Maps, YouTube, Netflix, or even VLC simply hit the home button. Instead of just going home, YouTube shrinks to the corner of your screen and keeps playing. Something similar happens in Google Maps and other apps.

You’re then able to move it around, or expand it back to full screen and continue right where you left off. It’s worth noting that the system works the same for all apps, but how you actually get into PIP mode is slightly different on some.

For example, and as shown above, on Google Chrome you need to open a video to full-screen mode first. Then hit the home button to start PIP. You’ll see it on the bottom right, and it continues to play. Tap the window for an expanded look at the controls and options. You can pause, play, fast forward, close or open the video back to full-screen. 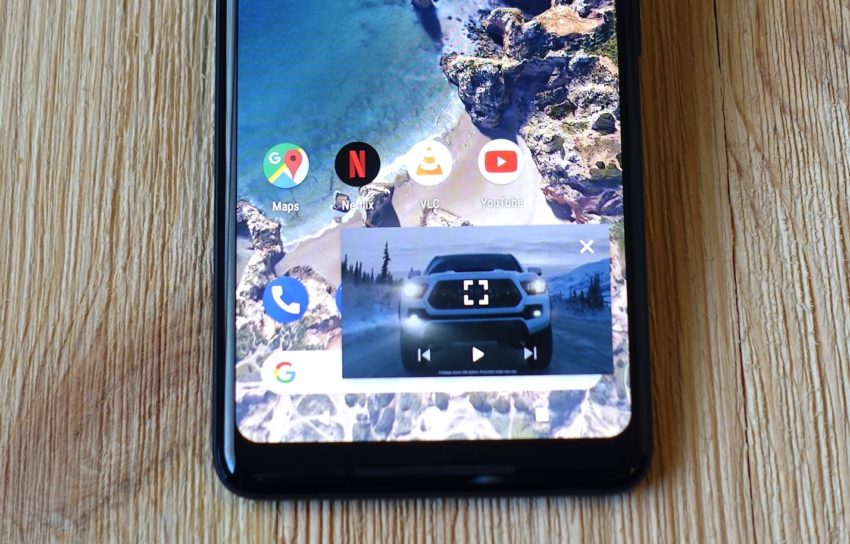 To dismiss the PIP window completely tap on it and hit the X, or simply drag it off the screen and let go. On VLC, you have to manually select PIP mode from the menu with a video playing. Try picture-in-picture mode with any of the apps below.

We first saw support with Google Maps, but it’s slowly expanding to other applications. In the coming weeks and months, we expect the list of supported apps to continously get bigger.

Not to mention browsers like Microsoft Edge, Brave Browser, HDHomeRun, IGTV, and many others. Most of these work without any changes too.

If you’d like, you can check and see what apps you have installed that work in PIP mode. Head to Settings > Apps & notifications > Advanced > Special Apps Access > and select Picture-in-picture. Or, just search for “picture-in-picture” on your Galaxy device. 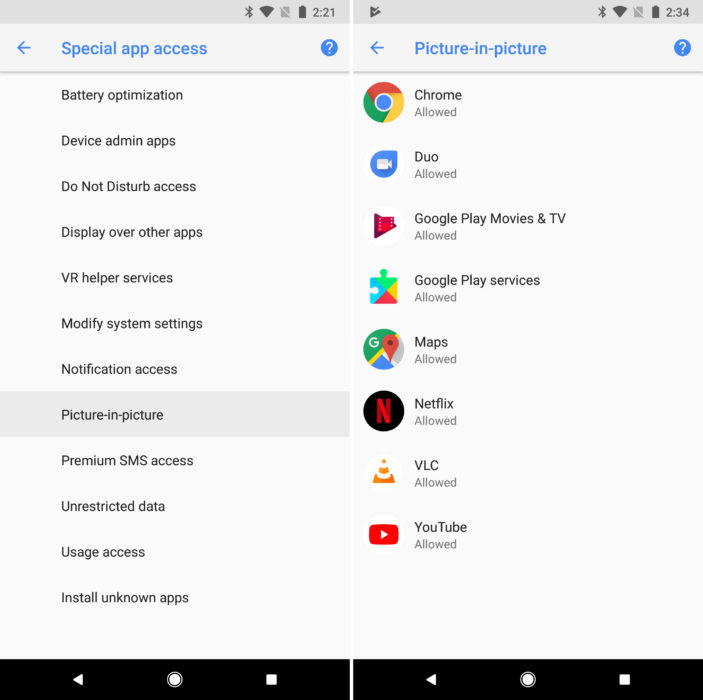 In here you’ll see all the apps that work with this new Android 8.0 Oreo feature. To use PIP on VLC go to the Google Play Store, find VLC, and scroll to the bottom and tap “Yes, I’m in” to join the beta program. Then download the latest version of the app. We expect this to roll out for all users in the coming weeks.

Again, this is a small list of apps that support a pretty great feature. This is something Android users have asked about for years, and it’ll only get better. We expect some of the most popular video and media player apps to add it soon, including music players and more, if they haven’t already.

Before you go, take a peek at how Android 9 Pie compares to Android 8 Oreo right here.