Recently we shared some details on how to add words to the dictionary on an Android device, which spawned a few questions from readers. Some include how to swear on Android, or disabling the offensive word block. Android will wash your mouth out with soap by default, but here we’ll explain how to change these settings. These settings are still the same as we continue into 2017.

Over the past couple of years Google’s really improved the voice-to-text features on Android. Millions of users result to using their voice for almost everything. Replying to a message or basic Google searches. As a result, you’ve probably tried to call a friend an @$$hole while joking around, only to find out Google blocks offensive words. Not to mention the keyboard never suggests a curse word when you’re typing along. This is autocorrect done right. 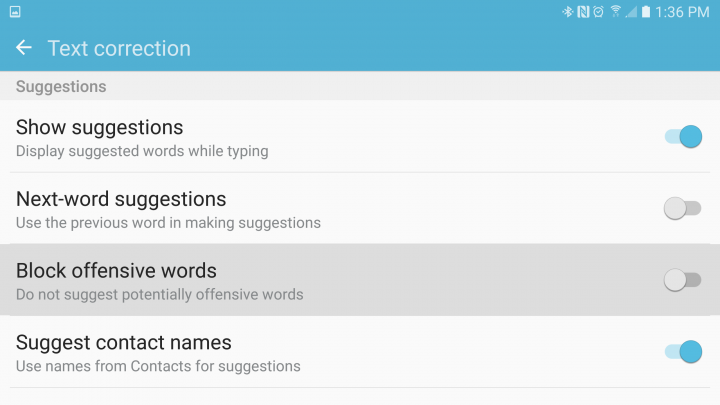 Disable this setting in Language & Input

If you curse like a sailor, as I sometimes do when I watch Football, you’ve probably tried to text a friend only to get “these ducking refs are awful” in a text message. This is all a part of Google’s plan. The keyboard by default won’t suggest or even type swear words, so many users add them to the device dictionary. If you’re using your voice to text that you’ll end up with a letter and some stars. Like s*** instead.

Alternatively, it blocks words Google deems offensive. So some regular words won’t show up either. Wired has an old list of words Google blocks, and it’s quite odd to see what’s included or excluded. For example, almost all illegal drugs won’t appear, but Marijuana comes out just fine. With that said, here’s how to swear on Android by disabling all the sensors Google or manufacturers have in place.

There are two different steps to take. Each disable a setting in specific areas. Google Search (Google Now) handles the voice controls, while the regular phone settings menu handles the rest. You’ll want to disable the “block offensive words” in voice controls for Google, and in the keyboard controls of your device.

Head into settings by finding the gear-shaped icon in the notification pulldown bar for settings, or in the application tray. Then proceed to the following area below. 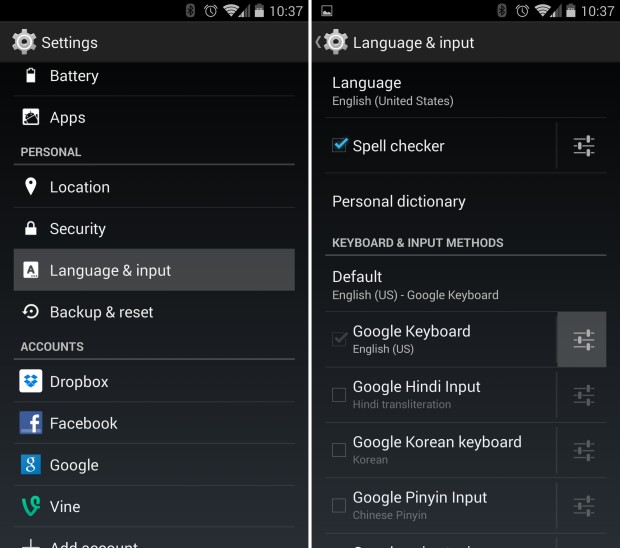 Once you’re here you’ll scroll down to the text correction area of the menu and uncheck “Block offense words” and that’s it. You’ll now be able to text swear words, and the dictionary may even suggest them from time to time. However, the biggest issue is that dreaded “s***” you see when using your voice to reply to text messages or emails. Lets fix that next. These screenshots may be of older versions of Android, but the same steps apply throughout.

To swear with your voice you’ll need to disable a similar setting as above, in the voice control section.  This can be done a few different ways, but if you’re already in the menu above, it’s right there.

Settings > Language & input > Google voice typing (not in keyboard, but below it) and tap the settings icon on the right. 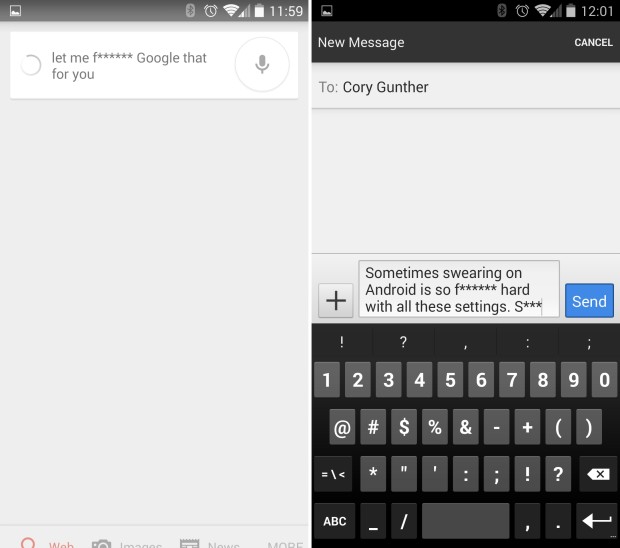 This takes you right into the Google Search (Now or Assistant) voice settings menu. There are only a few options, one which is the same “Block offensive words”. Uncheck this, if it isn’t by default. Users can also disable this from inside Google Now. 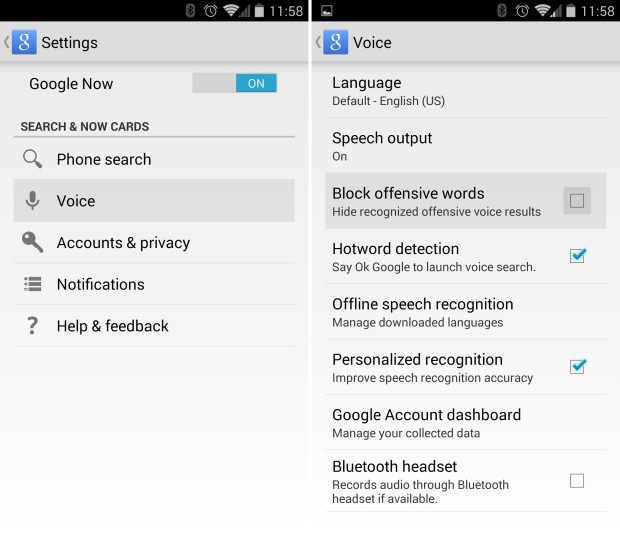 Alternatively you can also enable “Personalized recognition” which will help Google’s voice-to-text engine be more accurate in the future. Whether you have an accent, lisp, or just talk with a southern twang.

That’s it, now your Android smartphone or tablet will understand your potty mouth, and spell out what you wanted. Android will no longer filter your personality, but you can still expect some fun autocorrect fails. Let us know if you have any questions in the comment section below.