With the Fourth of July around the corner its assured that our smartphone cameras will soon be trained on fireworks. While a heavy duty DSLR may be your best bet for firework photos, it doesn’t mean you can’t capture some amazing fireworks photos from your smartphone. 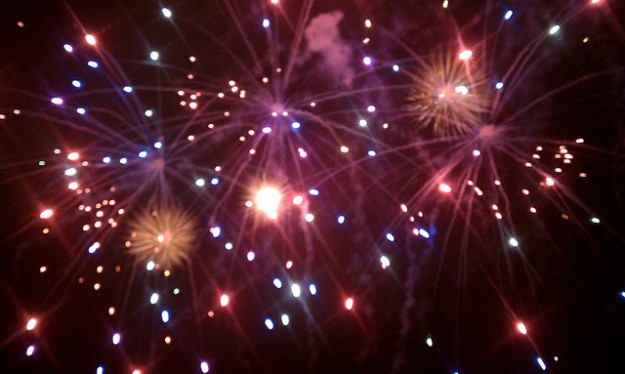 Not every smartphone has a camera as good as the iPhone 4, but most modern smartphone can capture a pretty picture. Before you go out to take pictures of fireworks make sure you are familiar with your smartphone camera.

If you don’t like the way the camera software works on your iPhone or Android why not find a better app to take your pictures with. We have rounded up 8 iPhone Camera apps to take your photography to the next level and 7 Android Apps to help you take better photos so that you can upgrade your camera without buying a new phone.

If you want to capture sharp freeze frame photos of fireworks while you’re celebrating the Fourth of July then you should really bring a tripod with you. Even a small Gorilla Pod or similar pocket-size tripod is better than holding your phone in your hand.

Attaching a smartphone to a tripod may be a bit tricky if you don’t have an iPhone tripod case, but we have a how to that will show you how to make a smartphone tripod adapter for any smartphone for under $10 using parts from your local hardware store so that Android owners aren’t left out.

If you don’t have a tripod, steady your smartphone with a chair, your knees or some other stationary object.

If you can use a self timer, and nail the timing, that’s great, but most users will have to settle for pressing the shutter as light as possible.

2. Turn Off The Flash

If your smartphone has a flash, make sure you turn it off when you start taking pictures of fireworks. Not only is your flash annoying, but it is too weak to do anything good to your firework photos. 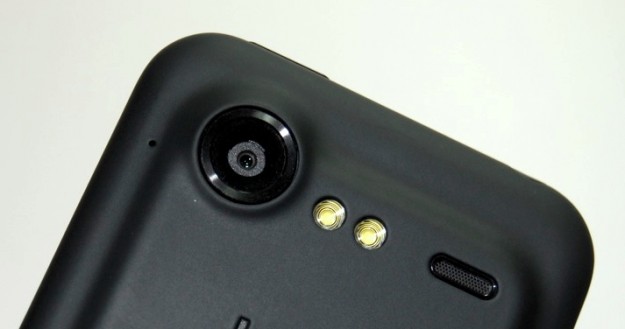 Smartphone flash is good in some occasions, but not when photographing fireworks.

Turning off the flash on your smartphone is relatively easy thanks to the toggle on-screen in most camera apps. Don’t forget to turn in back on when take a few people shots after the show.

Smartphone cameras aren’t as fast as you’ll find on point and shoot or DSLRs, so you’ll need to take a few minutes to learn how long it takes your phone to take a photo after you push the shutter button.

On some smartphones the lag can negligible, but most will experience a second or two of delay. Once you know how long it takes to capture the shot you can start timing your photos.

After you figure out your smartphone camera, you still need to figure out where to watch the fireworks from.

While it is important to pick a good spot, keep in mind that you are taking firework pictures with your smartphone, and enjoy the friends you are with rather than hiding away in an isolated spot.

Remember what we said about using a tripod? Well, forget about it for a few shots and twist or move your camera after you press the shutter to turn your fireworks photos into a beautiful twisted abstract photo. 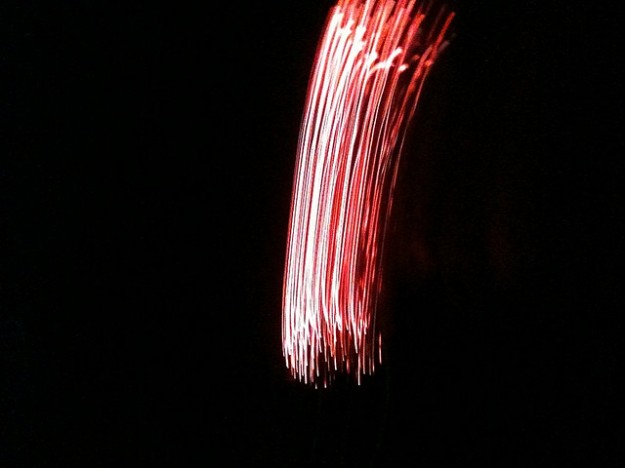 This is fun to do, just make sure you don’t get too crazy with your movements and end up with an indistinguishable blur or a dropped smartphone.

The other great thing about smartphones is that they record great HD video. If you don’t want to try to time your photos and hold super still, flip over to the video mode and grab a clear video of the firework show.

The quality of Android and iPhone firework videos is pretty impressive and allows you to capture a share-worthy finale while you enjoy the rest of the show with your friends and family.

We hope these tips will help you capture some great photos and have a safe and fun filled Fourth of July. If you snag some amazing pics and video of fireworks please leave a link to your photos in the comments.