Facebook videos now autoplay with sound. This is a potentially annoying new Facebook feature that could add a lot of noise to your Facebook browsing. This will show you how to turn off Facebook Autoplay video sound so that you don’t annoy people around you.

The new Facebook automatic sound for videos is in addition to auto play. Previously you had tap to add sound, but now you will hear sound fade in as you are scrolling through your Facebook feed. This means you could hear dogs barking and babies crying. In addition to political videos like those, you will now hear a lot more sound when you are using Facebook.

The simplest way to turn off the audio is to put your phone on silent mode. The Facebook videos respect your phone settings, so if you use the silence switch on the iPhone or a similar option on your Android phone you won’t hear the video sound autoplay in Facebook.

Another option is to use the volume controls on your phone to change the volume of Facebook Video autoplay sound. Just hold the volume down to turn the sound off. 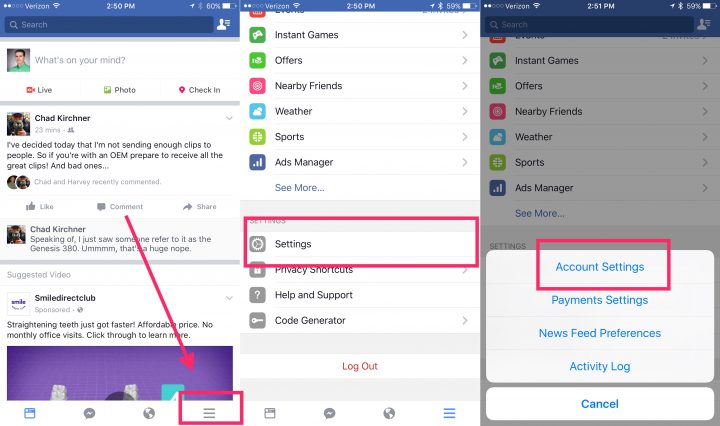 If you want to make sure Facebook auto play sound is off for videos in your newsfeed you can go into the settings and turn it off completely. Here’s how to turn off autoplay sound on Facebook. 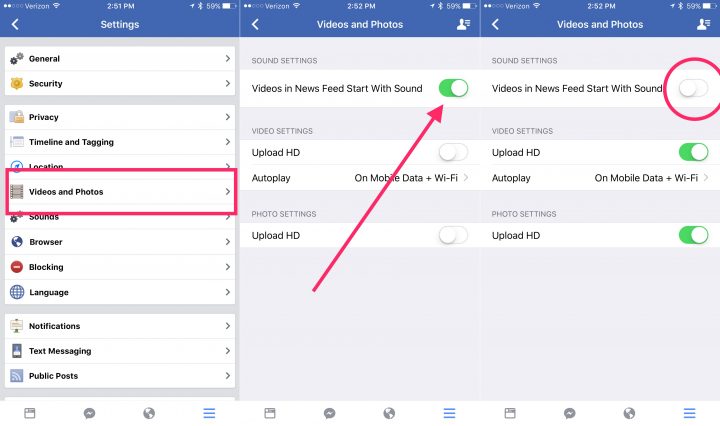 You’ll only need to change this option once. From there on out you will not hear sound from AutoPlay videos unless you tap on them to interact and listen. You should still be able to enjoy the new Facebook video features like better vertical video support, the option to watch videos as you keep scrolling and there is a new Facebook Videos app for Apple TV, Fire TV and Samsung Smart TVs coming soon.