This quick guide will explain the many different ways to SIM unlock your Galaxy S7 or Galaxy S7 Edge. Whether it’s to use it on another carrier with a lower monthly bill, international use, or to sell it and buy the upcoming Galaxy S8. There are many advantages to unlocking the Galaxy S7, and here we’ll show you how.

Often times users unlock their phone to use it on another carrier. Another popular reason is because it’s easier to sell a used phone that’s unlocked. Allowing buyers to take it to any carrier they want. So, get the most out of your phone and unlock it today.

Read: 10 Common Galaxy S7 Problems & How to Fix Them

Those in Europe or Asia can quickly unlock their Galaxy S7, but if you’re in the U.S. the process isn’t as easy. Carriers handcuff devices in an effort to retain customers for the long haul. Thankfully SIM unlocking the Galaxy S7 or S7 Edge is extremely easy, and only takes a few minutes. Read on for more details and what you need to know. 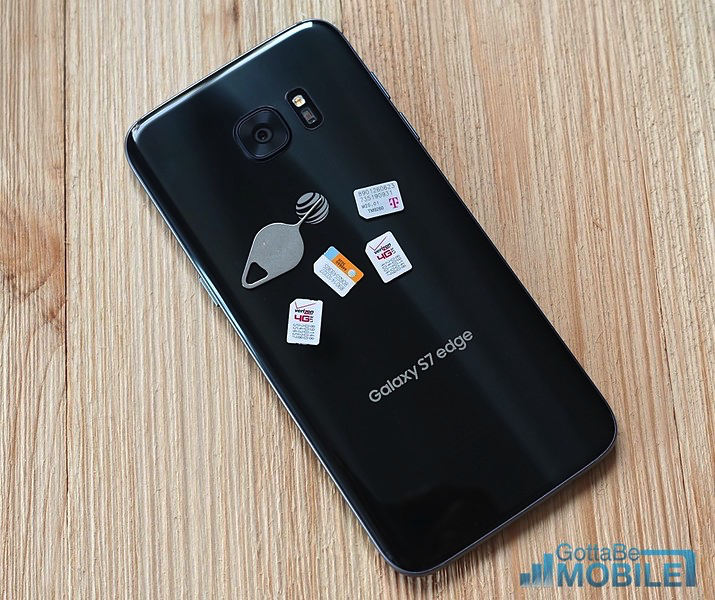 Most Galaxy S7 owners likely bought the phone from a carrier for a discount. As a result you now have a SIM-locked phone. For those that don’t know, most carriers lock devices to their network, and theirs only. Meaning you can’t put a T-Mobile SIM card in your AT&T Galaxy S7 Edge and use it. Well, not without unlocking it first.

Once unlocked, your Galaxy S7 Edge can be used on almost any carrier, smaller regional carriers, or in other parts of the world. See the benefits?

Getting a SIM unlock code from your provider is easy as long as the phone has been paid off or bought outright. If not, you’ll need to use a 3rd party site like Unlockunit.com and follow our steps below. Either way, it doesn’t take very long and is completely fool-proof. Meaning anyone can do it right at home.

How to Sim Unlock the Galaxy S7

First off, we’ll start with the initial instructions for those that may already have a SIM unlock code. Just follow the simple steps below and you’ll be done in less than a minute. For everyone else needing more details, continue reading. 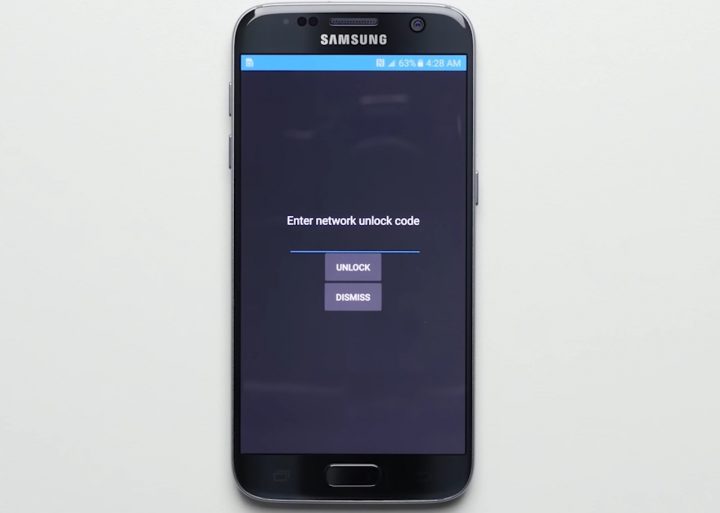 Easy right? Anyone can do this right from home in a matter of minutes. However, a big part of those instructions is actually getting a SIM unlock code to enter in the first place. Don’t worry though, we have you covered.

Next up we’ll discuss how to get a SIM unlock code and do this entire process for free. There are two ways to get a code. One is from carriers for free, and the second is to pay around $20-25 from websites that specialize in this service.

A few years ago Verizon changed their stance on this, and no longer locks any devices. Regardless of what you may remember or heard from a friend. So if you own a Verizon Galaxy S7 or Galaxy S7 Edge congratulations, your phone is already unlocked. Simply drop a SIM from another carrier in, and use it wherever you’d like. It may require users to manually add carrier APN settings to fully function.

Those with AT&T, T-Mobile, Sprint or other carriers will need to request a code, or buy one.

All carriers will usually require the Galaxy S7 to be paid in full, or bought outright before they’ll give you a code. You can’t have any early termination fees, any installment payments remaining, and the device can’t be on any other AT&T accounts. It also cannot be reported lost or stolen. If so, they will not unlock it.

If you meet all those requirements, follow these instructions. 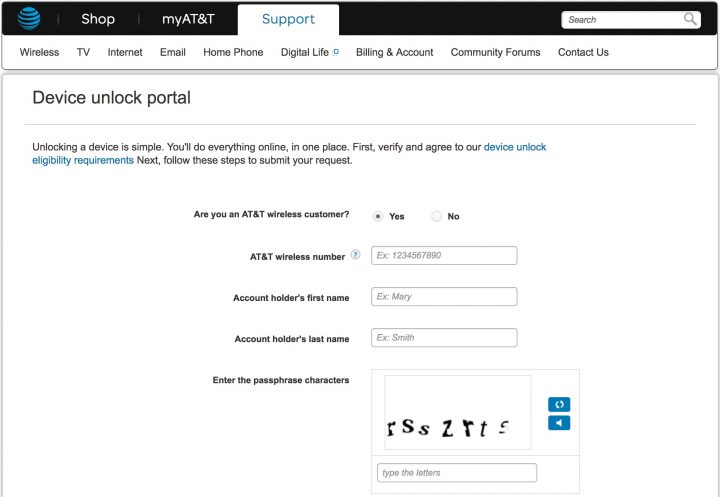 The steps are essentially the same for any carrier in the U.S. that isn’t Verizon. Just follow the same steps as above and request an unlock code. However, Sprint does things a bit different and makes it extremely difficult. Additionally, Sprint will give you an international unlock, or a domestic (US) unlock. It’s one or the other, not both like all other carriers. This makes sense for those going out of the country, but it’s still frustrating.

Your Sprint Galaxy S7 or S7 Edge just be unlock eligible. Requisites are that you’ve had it on the network for more than 50 days, account is in good standing, device is paid in full, and device hasn’t been reported as stolen or used for fraudulent activities.

Once you get the code from Sprint, simply follow the same instructions at the top of the page. Enter a non-Sprint SIM, reboot, enter the code and hit unlock.

The UNcarrier does things a little different, and supplies an application that any customer can use for any and all devices. As a result, the steps at the top of the page won’t work as the “unlock” popup has been removed from the software. Instead, you’ll be required to use their dedicated app to proceed.

Again the phone must be paid off in full, active for over 40 days on T-Mobile, and not reported lost or stolen. Account balance must be $0 in order to unlock a device. 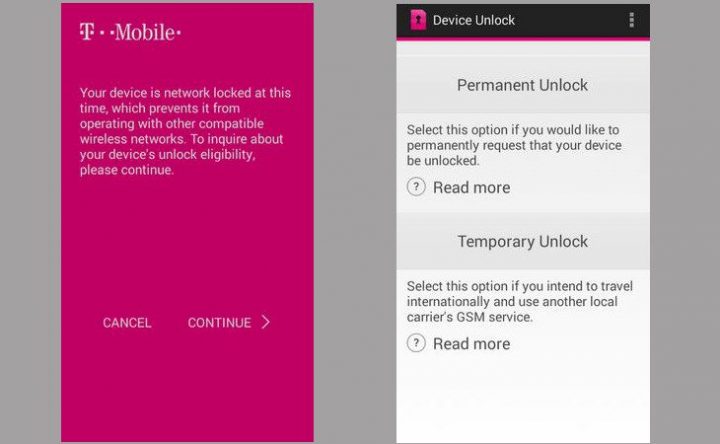 Technically the T-Mobile route is the easiest for average users, as the app does everything for you. Additionally, T-Mobile owns MetroPCS so the process is the same with a similar pre-installed application. As a reminder, those on a monthly installment agreement need to pay the phone off first, before it will be eligible for SIM unlock.

Last but not least is the option to pay for an unlock code to use a Galaxy S7 or S7 Edge on another carrier. If the phone was a gift, bought used online, or doesn’t meet carrier requirements it can still be unlocked. The same steps and process applies, you’ll just need to buy an unlock code from a 3rd party website.

My personal favorite websites are are Unlockunit, Androidsimunlock, or Unlockriver. Follow their steps to get a code as described below.

Some of these sites offer more than one code, in case one doesn’t work. Additionally, groups like UnlockUnit.com have both a regular unlock code, and a “freeze” code that will freeze the lock restriction. Simply follow the instructions provided in the email from whatever website you use to obtain a code.

If neither of them work, contact the site and they will offer another unlock code or a full refund. For what it’s worth, I’ve never had a code fail to unlock my device. So buy one with confidence and follow the easy instructions above and you’ll be good to go in minutes.

We’re all done. Enjoy the Galaxy S7 or S7 Edge with any carrier of your choosing.