Apple adds 300 new emojis to the iPhone, iPad and iPod touch– giving users access to a new iPhone Emoji keyboard and the option to change the skin tone or skin color of the new emojis.

This guide will show you what you need to know about the new emojis on iPhone and how to use the new emoji keyboard found on iOS 8.3. If you don’t see these options on your iPhone or iPad you’ll need to follow this guide to update to iOS 8.3.

The bulk of the new emojis are from more diverse emoji options that allow users to choose between six skin tone or skin color options for many emoji, but that’s not all that Apple adds. There are new emojis for the Apple Watch, new families and new flags to name a few. 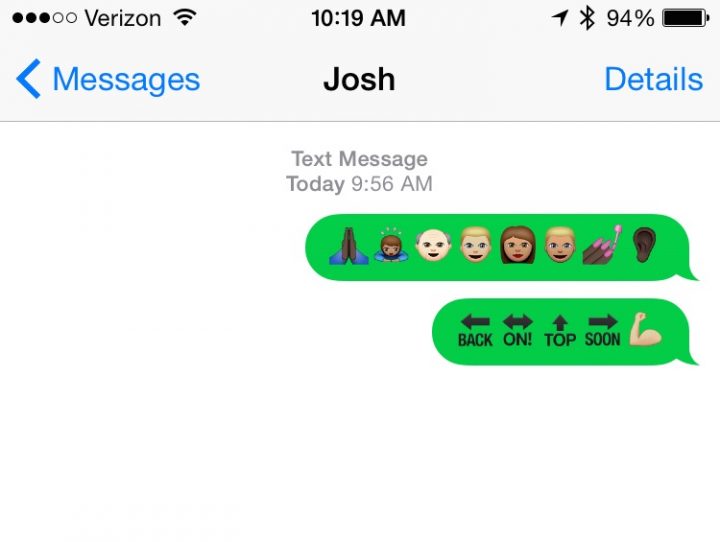 Here’s how to use the new emojis for iPhone and iPad in the iOS 8.3 update.

Read: Use The Secret Spock Emoji

Here is a closer look at the new emojis in iOS 8.3 that you’ll find on the new and improved iPhone Emoji keyboard in iOS 8.3 and that we expect will continue in future updates.

You no longer need to turn the Emoji keyboard on when you use the iPhone. Apple includes a smile face button on the standard keyboard that offers fast access to the emoji keyboard. After you update to iOS 8.3 you will see the new emojis on this keyboard and you can now scroll through all of them without tapping on new categories. The new emoji keyboard for iPhone also shows more emoji on-screen at once. 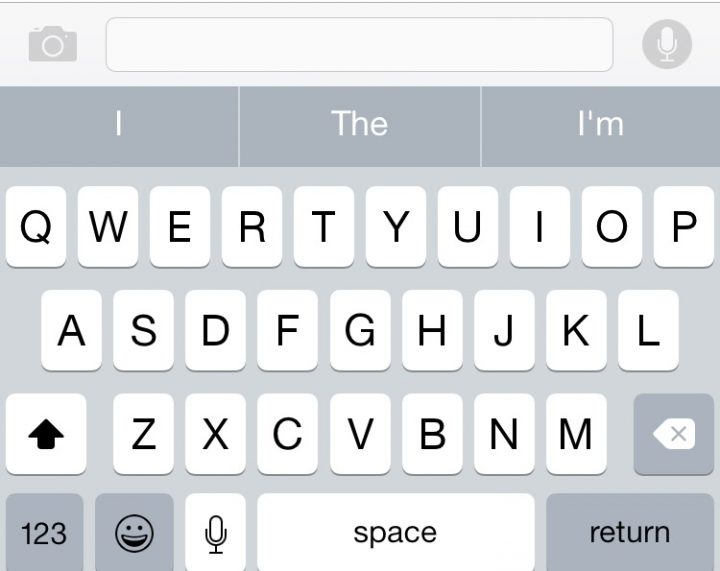 Tap the smile to use new emojis on iPhone and iPad.

To use the new emojis, tap on the smile face. If you don’t see a smile face you may see a globe, that shows up when you use other keyboards. Tap on the globe to switch to emoji.

scroll to use new emojis.

Now you can tap on any of the new emojis once to add them to your message. You can use these anywhere, but you can only count on seeing the new colors on devices that are also updated to iOS 8.3. When you send these to an unsupported device they will see the default color option for emoji on their device.

Tap and hold to change the skin tone.

Tap and hold on the people emoji to see options to change the skin tone. Tap on the skin tone you want to add to your message. You can only do this on the actual faces, not the smile faces, and on the hands. You cannot change the skin tone of families, although there are new families with two dads and two moms included in the new emojis. 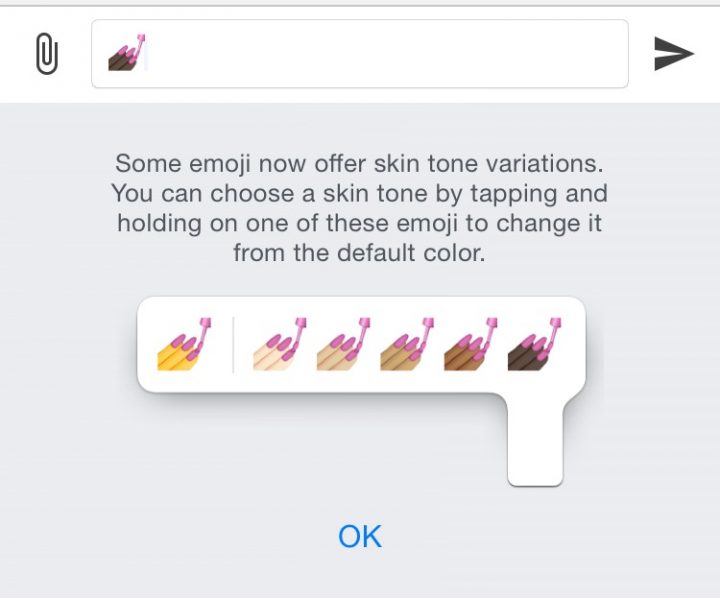 Tap and hold to set a default emoji color.

If you don’t want to always tap and tap on the new emojis, you can set the default skin tone for the new emojis on iOS 8.3. You need to do this for each emoji that you can change the color of. Tap and hold on the emoji until the picker appears. Then tap and hold on the skin tone you want to be the default for that emoji. You can repeat this as needed to pick the emoji color you want.

The new emojis in iOS 8.3 include a variety of changes to the skin tone or skin color, a new Apple Watch icon, an iPhone 6 or iPhone 6 Plus and many new flags. You can see some of these new emoji in the screenshots below. The option to add skin tone delivered a little humor as Sisqo discovered the new emojis work well in his famous song, although it also looks like Wesley Snipes in Demolition Man.

Check out what’s new in iOS 8.3 in the slides below. There are almost 70 published changes and major fixes in the free iOS 8.3 update.