Several years ago Amazon added a feature that brought a smile to the faces of ebook readers and audio book listeners. It was called Whispersync for Voice. The service allowed a reader/listener to read a portion of an ebook and then using the Audible.com App pick up listening where he or she had left off reading. Of course the reverse was true as well. Amazon owns Audible.com and that relationship allowed for a really wonderful experience for readers who enjoyed both the visual act of reading and listening when they weren’t able to read on their device. This allowed a reader to listen to a portion of a book while on a commute, and then pick up reading the text version where he or she left off once they got home or to a location where they might be stationary for awhile. It was an excellent service. 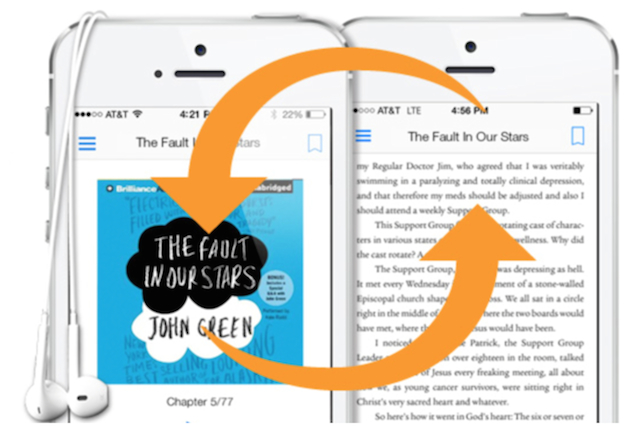 Today it gets a little better for iOS and Android users with an update to the Apps on those platforms. The Kindle Apps now allow users to essentially flip back and forth between the text and audio versions with the tap of one button in the Kindle App. Previously users of the service had to flip back and forth between the Kindle and Audible Apps to take advantage of both reading and listening.

It is important to note that to use the feature (in the new App or earlier) you need to purchase both a text and audio version of a book. The audio versions can be purchased as an upgrade to the text version. Amazon has a tool called “The Matchmaker” that will tell you the price of an audio upgrade to the titles in your library Kindle book library. 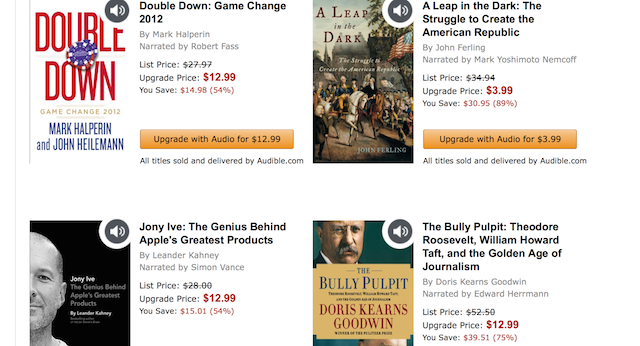 Upgrade prices vary quite a bit depending on the title. I’ve seen prices as low as $.99 and as high as $12.99. Those prices are set by the publisher of the book. Audible subscribers should note that purchasing the audio versions via the Matchmaker service doesn’t cost you credits.

An interesting feature of the new App upgrade is that users don’t need to have the audio portion of the book loaded onto their device in the Audible.com App, instead that audio resides in the Kindle App. If you have the text version of an ebook that is available on Audible purchased and downloaded you’ll see an icon representing headphones. 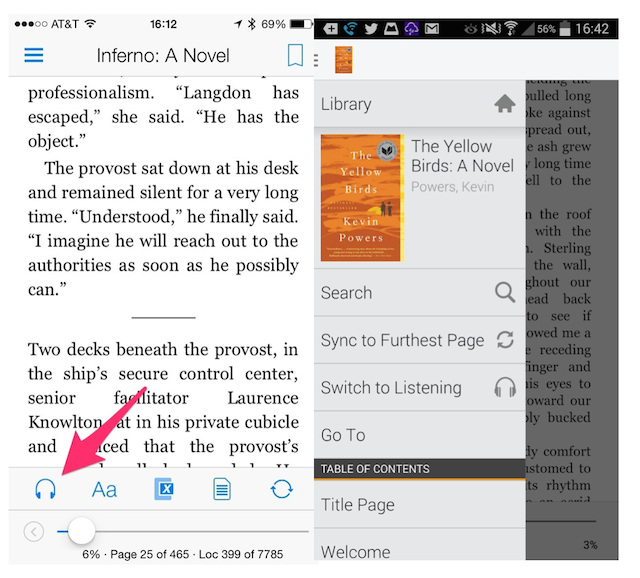 On iOS the icon is on the bottom left of the controls. On Android it is on the top right. If you tap that icon, and you’ve purchased the audio book already, it will download into Kindle App. For Android users of the Kindle App there is also a Switch to Audio/Switch to Reading item in the main menu of the App. Either way, what this means is that the audio portion of the book is stored within the Kindle App and not within the Audible App.

Given how this works with this App update for iOS and Android, I’m not sure if Whispersync for Voice technology is actually the same as before. It seems in my early testing to be more tightly integrated and I suspect that is because the audio and text content are stored within the same App.

In order to see the audio icon though you will have to make your audio purchase or upgrade via the web. You can’t make these purchases on iOS or Android devices from within the App.

Perhaps we’ll see an update to Amazon’s Fire OS that brings this current with the iOS and Android versions of its Apps when Amazon has its big announcement on June 18.