Since President Obama only has a year left in office, his speech will likely discuss the future and what he plans to do with his limited time left in the Oval Office. Topics will likely include economic progress, climate change, health care reform, and the recent issues regarding Syrian refugees.

If you’re interested in watching the speech, here’s how to watch the 2016 State of the Union address live.

All of the major networks will broadcast the State of the Union address, including CBS, ABC, NBC, and FOX, as well as the cable news networks like CNN, MSNBC, and FOX News, so you won’t have any trouble finding a television channel to watch it on.

The address begins at 9pm ET, but it’s likely that the actual speech will start closer to 9:30pm or so, since the beginning involves various introductions and really long applauses, so don’t worry if you’re a little late to the party.

As always, the State of the Union will be live streamed online on the White House’s website to view in its entirety, which can be watched on just about any computer. 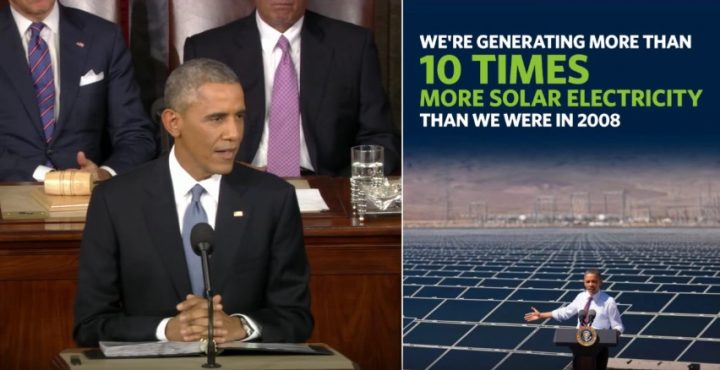 As years previous, YouTube will host the live stream and will also be using its “enhanced broadcast” providing a side-by-side view of the address, as well as additional notes about the topics being discussed. These will include charts, graphs and other data shown next to President Obama as he delivers his speech.

You’ll also be able to live-stream the address on Amazon’s Instant Video streaming service, and it will be available to watch on-demand starting tomorrow.

On Your iPhone or Android Device

Since YouTube is hosting the live stream for the State of the Union address, users who will be watching it on their iPhones or Android devices can easily watch it through the YouTube app. 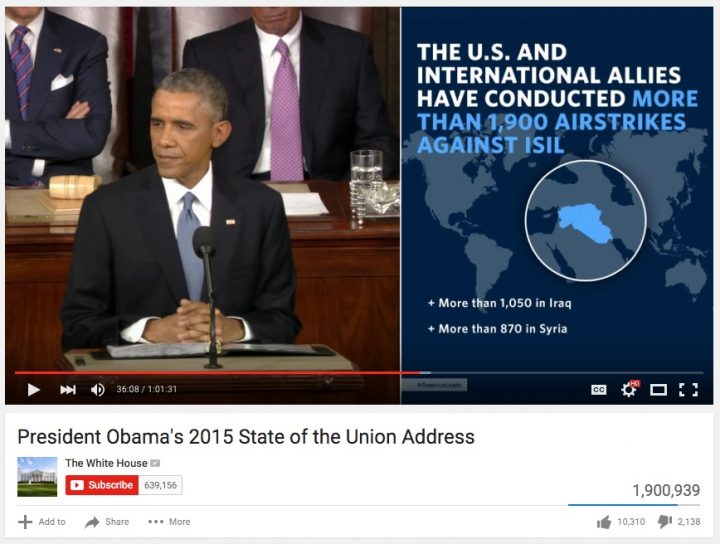 Mobile users will also get the same “enhanced broadcast” that live streamers will get on the computer.

You can also follow along with the State of the Union on Twitter by following the #SOTU hashtag, especially if you want to know the thoughts from other users watching the speech.