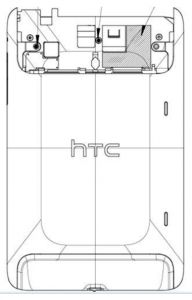 After Sprint, T-Mobile USA may be the second major carrier in the States to offer the Android 2.3 HTC Flyer tablet with the latest version of HTC Sense. A model of the Flyer was seen going through the FCC with GSM and T-Mobile-compatible 3G bands. Wireless Goodness says that the filing with the regulatory agency made no mention of T-Mobile’s 4G HSPA+ network, and that may be an indication that the Flyer will be a 3G GSM model only, unlike Sprint’s 4G WiMax model.

Sprint had announced their iteration of the HTC Flyer, called the HTC EVO View 4G tablet, at CTIA in March. At the time, a model for T-Mobile was also rumored, though HTC and T-Mobile did not announce it. Sprint recently announced that the Flyer will cost $400 on contract with a 4G WiMax radio; the WiFi-only edition is available for $500.

In the U.S., HTC is currently offering a WiFi-only model of the HTC Flyer through Best Buy. That model comes with support for an optional digitizer pen accessory and comes with Android 2.3, a 7-inch 1024 X 600 resolution display, a micro SDHC card slot, front- and rear-facing cameras, and GPS support. The Flyer has a 1.5 GHz single-core CPU.

Prior rumors suggest that the Flyer may launch on T-Mobile on July 6th.