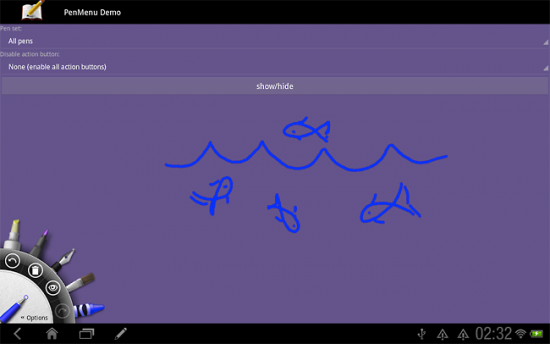 Skipping a formal announcement of the proprietary HTC Sense user interface, Taiwanese smartphone- and tablet-maker HTC has uploaded several images of what appears to be Sense and the HTC Scribe functionality on top of Google’s Honeycomb tablet operating system on its developer’s portal. HTCDev.com is now live with images of what inking on Honeycomb will look like thanks in part to the HTC digitizing Magic Pen and the HTC Scribe SDK.

Right now, custom widgets and apps weren’t shown, but given that the 7-inch HTC Flyer and EVO View 4G for Sprint were both released with a heavily skinned Sense experience on Android Gingerbread, we may be able to expect that HTC may be porting a few widgets to the Honeycomb experience; HTC is well known for their flip-down clock and weather widget on its phones. Rival Samsung’s TouchWiz UI for tablets seems more highly skinned than what we’re seeing here for HTC.

As the forthcoming HTC Puccini, which according to some may be launching for AT&T on September 1st, is expected to be a 10-inch Honeycomb tablet with HTC Scribe support, we should be able to see these features that were leaked on HTCDev.com on the Puccini. 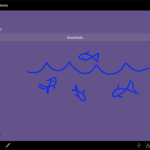 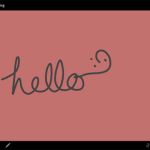 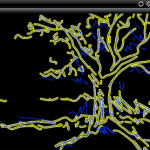