While a number of mysterious HTC phones have popped up lately for other providers like the HTC Holiday and HTC Lead for AT&T, HTC Doubleshot for T-Mobile and the HTC Kingdom for Sprint, it’s not shocking to see a mystery phone appear front and center for Verizon, a phone that is currently called the Mecha S meaning it could very well be a HTC ThunderBolt mini. 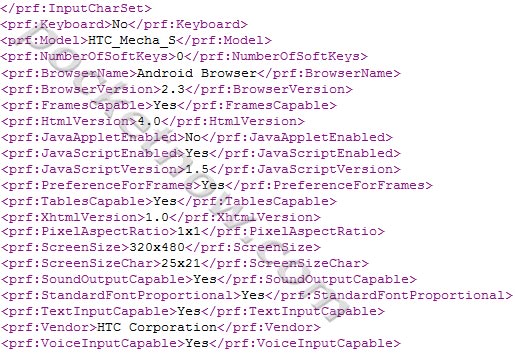 If you recall, the original HTC ThunderBolt was codenamed HTC Mecha before it was released on Verizon back in March. That of course makes the HTC Mecha S, which just appeared in a user agent profile, all the more intriguing.

The S is speculated to mean small and it makes sense considering one of the only real specifications we have on the Mecha S right now is a 320 x 480 HVGA display. It’s also running Android 2.3 Gingerbread and while all of that is exciting, its success hinges on one thing and one thing only.

Will this smaller version of the HTC ThunderBolt possess 4G LTE capabilities like its older, extremely popular brother?

That’s, of course, an unknown at the moment but we have to ask. Would any of you be interested in a mini ThunderBolt with 4G LTE speeds? How about one with only 3G connectivity? In our opinion, it would be a pretty tough sell if it only had 3G especially with Verizon offering high-end 3G phones like the Motorola Droid X2 and an increasing number of 4G LTE offerings.