With the HTC One S smartphone, a mid-range smartphone in HTC’s new One lineup that’s also headed to T-Mobile USA’s 4G HSPA+ network in the U.S., HTC had used a micro-arc oxidation process, a manufacturing technique that essentially turns the unibody aluminum shell into a toughness that’s similar to ceramic by injecting a heavy shot of electricity into the shell. However, despite HTC’s best efforts to make the material of its One S smartphone rigid and strong, the device is still painted and it appears that early owners of the HTC One S are experiencing chipped paint on the device. 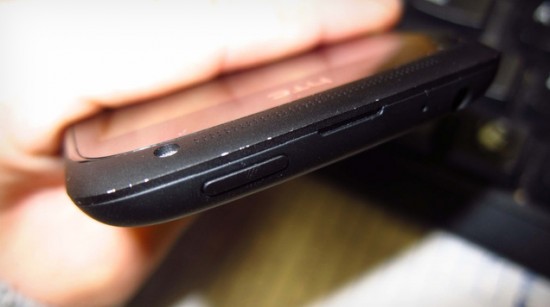 Owners are reporting on XDA-Developers that the devices that are in their possession were never mishandled nor dropped. In a statement to The Verge, HTC has acknowledged the problem and is now altering the manufacturing process to ensure that these issues don’t pop up in the future. Those who are suffering from the chipped paint experience can bring their handsets back for replacement, it appears. According to Phandroid, the company has this to say about the issue:

HTC is committed to delivering a high quality product and great experience for all our customers. There have been a few, isolated reports of this issue. The finish on the One S was laboratory tested as being at a hardness similar to ceramic. While that’s hard, it doesn’t mean it’s impossible to damage. Regardless, HTC takes quality very seriously and are providing all customers with an immediate fix and we are implementing some small changes to ensure customers do not experience this issue in the future.

The HTC One S isn’t the only new HTC handset to experience some minor issues. The flagship HTC One X was reported to have screens that suffered from discoloration due to flexing.
Related Topics:ceramicchipconstructionDesignHTCmicro arc oxidationOne Spaint