Virtual reality headsets are growing in popularity, but none are as exciting as the HTC Vive, in partnership with Valve. The original HTC Vive developer kit was supposed to be released before the end of 2015, but was delayed for a ground-breaking new feature. This week at CES 2016 HTC unleashed the news, and it was worth waiting for.

Now being called the HTC Vive Pre Development kit, HTC’s new VR headset has received a small makeover, new features, a brighter screen and more to make it a worthy virtual reality headset for developers. The price will still be high, but not it has more to offer.

Devices like the HTC Vive and Samsung Gear VR have been fighting to get consumers interest, and the Samsung Gear VR is available now. However, HTC is taking a much different approach, which is evident by the release of the new Vive Pre. 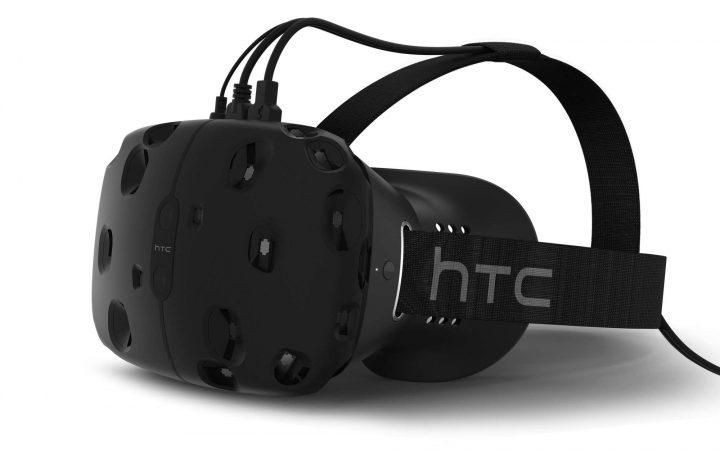 The biggest problem for virtual reality headsets is simple. Being able to see what’s around you when wearing goggles that act as a virtual world. Walking into walls, stepping on things, and other issues. This was a big challenge that we’ve seen many try to tackle, including Oculus, but HTC and Valve may finally have a quality solution.

HTC delayed the Vive Developer kit that was expected to be released last year, and now we’re hearing the newly announced HTC Vive Pre will be available sometime in April. So what’s changed? Plenty.

The HTC Vive Pre still isn’t a final product or consumer ready, but it’s the next step before a major release. The developer kit has been slightly redesigned to be lighter and more compact, it features a brighter better quality display for our virtual world, and most importantly a front-mounted camera.

Adding a camera gives users of the Vive virtual reality headset a window back into the “real-world” while wearing the headset. Essentially allowing users to see boundaries, walls, and other things, rather than walking around blind. So to speak.

There’s still limits though. The camera isn’t a live-feed of the outside world, or photo-realistic walls while exploring the virtual world. It just provides more information to the headset and user about their surroundings. Previously the HTC Vive world was black with grid lines letting users know they’d gone too far, now it’s more detailed and the camera can make out certain objects, walls, patterns and other things.

Essentially this allows users to enjoy the HTC Vive Pre unlike any other virtual reality headset. It offers all the same functions as before but is sleeker, lighter and has a better screen, and will help us with our real-life surroundings as well as the virtual world while wearing the Vive VR headset.

It looks like HTC is also working on software to let the camera work together with the virtual reality world. In fact, an HTC spokesperson told The Verge that its software can map 3D space, so virtual objects can respond to ones in the real world. Essentially offering something similar to Microsoft’s HoloLens room-scanning software.

There is a lot of technology behind the HTC Vive Pre virtual reality headset, and now it looks like that delay was well worth it. HTC also updated the controller, and is now promising an April release date. Lets just hope that date doesn’t get pushed back as well.