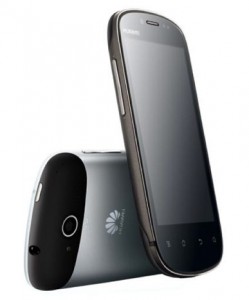 Huawei’s latest Android Gingerbread handset, called the Vision, is an attractive smartphone that combines the best of HTC’s and Samsung’s styling. Utilizing a unibody construction, the Vision’s back side resembles a cross between the HTC Flyer or Sprint EVO View 4G tablet, while the rounded corner design is very remiscent of Samsung’s Google Nexus S and Nexus S 4G smartphones.

The Vision could be categorized as an upper mid-tier handset with a unibody aluminum frame with plastic cutouts for better wireless reception, a 3.7-inch WVGA display, WiFi, GPS, 5-megapixel autofocus camera with LED flash and 720p HD video capture capabilities, 1 GHz single-core Snapdragon processor from Qualcomm, and Android 2.3 Gingerbread. The device appears to also sport a front-facing camera as well. 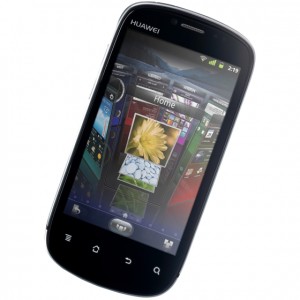 Huawei claims that the device will utilize a 3D carousel UI, though the screen itself won’t be a 3D display like those found on the LG Thrill 4G, the HTC EVO 4G, or the LG Optimus 3D. The UI itself appears similar to SPB Shell 3D, a third-party UI that users can download from the Android Market app store.

The handset is coming in September, though Huawei has yet to announce pricing.