Infiniti Electric Vehicle Plans Will Come Together in Detroit

Infiniti is going electric in 2021. That sounds far off, but it’s just a heartbeat away for Infiniti and the automotive industry. In fact, you’ll want to keep a close eye on the Detroit Auto Show in January to see first hand what the Infiniti electrification plans look like. While flying under the radar at the LA Auto Show, expect to see Infiniti show off the first stages of their new electrified lineup when NAIAS kicks off.

In LA we saw 2020 model year announcements from other companies, so a 2021 Infiniti reveal in Detroit isn’t out of the question. During the hectic LA Auto show we sat down with Mike Colleran, Vice President, Infiniti Americas to learn more about what’s coming from Infiniti in the electric and hybrid markets.

The electric lineup will include all-electric vehicles as well as electric vehicles that use e-POWER to extend the range. While Colleran wouldn’t address specific future products, we learned more about what’s coming next.

“Moving quickly and just deciding gives you a certain advantage.” Colleran explains pointing to the Q Inspiration Concept and the P10 vehicles that point the way towards Infiniti’s electrified future. 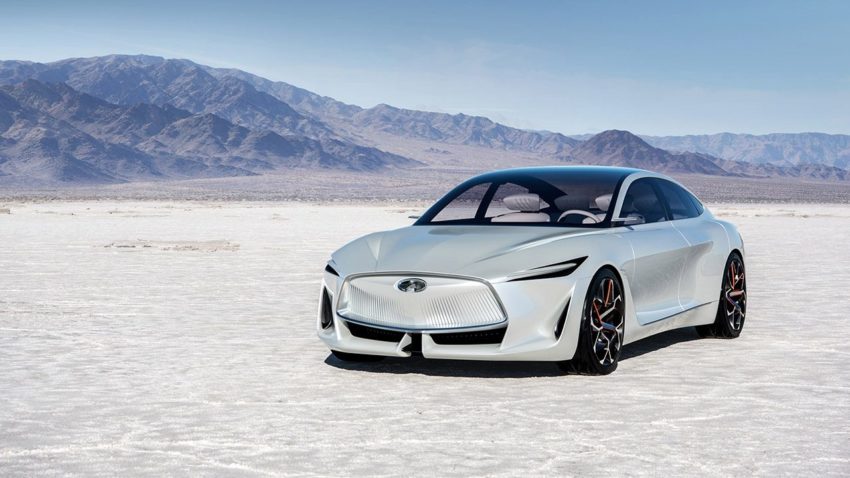 The Q Inspiration is an example of what we could see happen with Infiniti electrification.

We’ve started to see what automotive manufacturers can do with designs when freed from constraints of a typical combustion engine and all the packaging that traditional cars need. Colleran told Gotta Be Mobile,”Some of the brackets that are around designers just aren’t there anymore.” This opens up the way for engineers to deliver bigger interior spaces, flat floors and more radical exterior designs with new grilles and new shapes.

In addition to freeing up designers to define a new look at luxury inside and outside the car, this can deliver an advantage on the road. Colleran gleefully told us, “Something like e-POWER, where you can generate GT-R like acceleration with zero range anxiety. That’s a strategic advantage.”

Infiniti’s electrification plans aren’t converting every vehicle to an EV in one go. You’ll see full EV options as well as e-POWER vehicles. With e-POWER a small gasoline engine powers a generator that charges the battery. This allows you to get the instant torque of an EV for quick acceleration, and as Colleran puts it, “range anxiety melts away.” He wouldn’t give specifics on range, but he told us, “What the consumers want and demand, Infiniti believes they can deliver.”

Colleran concluded our interview with a teaser, “Come to Detroit.” That’s where we’ll see Infiniti’s electrification plans start to come into focus and where we’re told we’ll start to learn the answers to the rest of our questions.