There is a working iOS 13.5 jailbreak that covers the latest version of iOS and works on the iPhone 11, iPhone 11 Pro, iPhone SE 2, and 2020 iPad Pro. This is major news for users that want to jailbreak, and a big change in compatibility compared to the last iOS 13 jailbreak release.

Apple just pushed the iOS 13.5 update out this week, and it still includes an exploit that jailbreak developers can use to remove some of Apple’s limitations. While jailbreaking is not new, it’s been a while since we’ve seen an iOS jailbreak for all devices on a new release this fast.

A jailbreak allows users to remove Apple’s limitations on how iOS looks, lets users install new apps, and change settings that are typically not changeable by users. The process used to be very popular to overcome strict limitations. In recent years it’s become harder for jailbreakers to offer the tools needed, we’ve seen less support for the jailbreak equivalent of the app store and with new iOS features many users didn’t have a need to install this update. 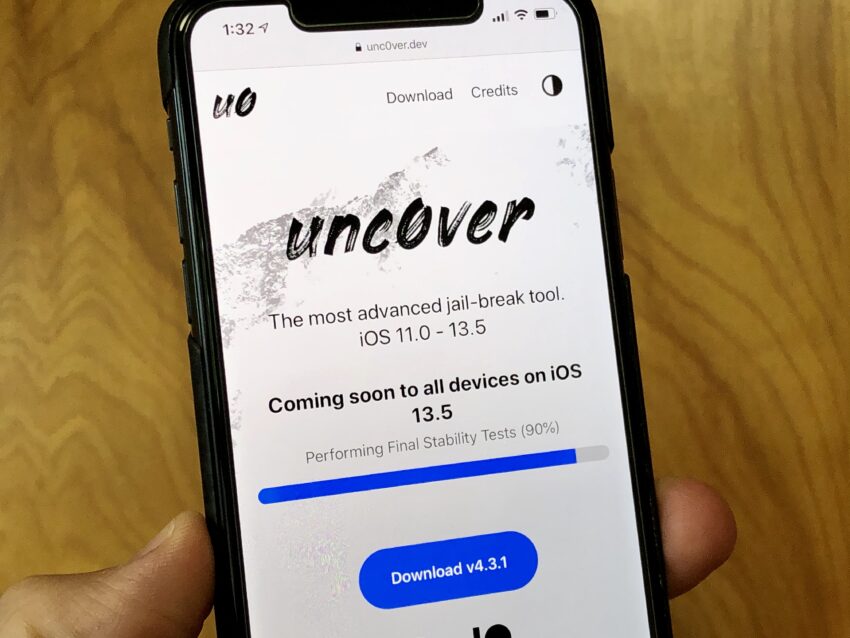 With the iOS 13.5 update now available, the unc0ver jailbreak team stated that they will soon release an iOS 13.5 jailbreak for all compatible devices. While there is no specific timing, this does mean that you will likely get to jailbreak before the end of the month. At this time, the team says they are, “performing final stability tests,” on the tool.

We are going to release #unc0ver 5.0.0 with support for every signed iOS version on every device using a 0day kernel vulnerability from @Pwn20wnd in sponsorship with https://t.co/l4SDOTDUla very soon. Update your devices to 13.5 and follow our progress on https://t.co/cNIUANaJr2.

The unc0ver tool currently works on Linux, macOS, and Windows. That is good news for users that want to jailbreak. Many times we’ve seen jailbreak tools only available on select operating systems to start.

Earlier this year we saw Cydia return with iOS 13 support, which means that we could see it working with this update. We’ll need to wait and see how this all works when the iOS 13.5 jailbreak release lands.

The iOS 13.5 jailbreak should work on the following devices;

You can learn more about how to jailbreak your iPhone or iPad at the developer site. This is not illegal, but if you break your phone while jailbreaking or when it is jailbroken you will need to return it to the normal iOS state before asking Apple for help.