Just a day after Apple delivered new emojis and almost 70 bug fixes and features iPhone 4s owners are asking, “Should I Install iOS 8.3 on the iPhone 4s?” While many users want the new emojis, they are very concerned with the iPhone 4s iOS 8.3 performance and battery life because you can’t send an emoji if your phone is dead and slow.

We’ve scoured the web to find early iOS 8.3 reviews from iPhone 4s owners to help you decide if you should upgrade. We also include a two important videos that show the iPhone 4s iOS 8.3 performance compared to iOS 8.2 and to iOS 7.1.2 so you can see just how fast the iPhone 4s is on iOS 8.3.

Keep in mind that the iOS 8.3 reviews from users come after just a day of use, so there is always a chance that opinions will change after more time with the device, but so far the reviews look good. 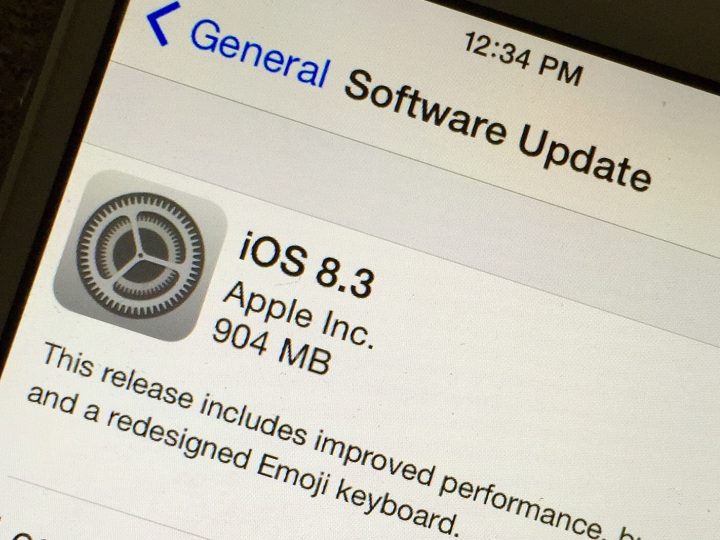 Read user iPhone 4s iOS 8.3 reviews to decide if you should install it.

Although Apple doesn’t call out the iPhone 4s performance in the iOS 8.3 change log, Apple does mention performance improvements for many apps and services. The changes also include an incredible list of fixes that fix many huge problems that annoy and frustrate users. If you have a problem with your iPhone 4s, the iOS 8.3 update might be the thing that fixes it for you.

Check out what’s new in iOS 8.3 to see a highlight of some of the biggest changes in this update. You still cannot use the Apple Watch with the iPhone 4s, but this update delivers a lot of great fixes.

The only problem we can find now is that some users cannot find the iOS 8.3 update on the iPhone 4s. If you experience this, you can try to update through iTunes. On our iPhone 5, the phone only sees an iOS 8.2 update still.

Can't even get iOS 8.3 yet, still running the iPhone 4S so I probably won't get the update for a few days/weeks probably

iOS 8.3 was officially released today, and amazingly the back-up iPhone 4s in my house has updated to the newest software.

I cant update my phone to ios 8.3 bc i only have iphone 4s

Downloaded and installed #iOS 8.3 on my #iPhone4S and #iPadMini2. Not a very fast installation, but it wasn’t slow either.

The iOS 8.3 performance on the iPhone 4s looks pretty good, especially once you are inside apps, but keep in mind that the overall performance can vary from one user to the next. This depends on the apps, services and how the person uses the device. We’ll continue to monitor the user iOS 8.3 reviews for the iPhone 4s for more information, but the early reports are mostly positive.

On Twitter, the early user reviews of iOS 8.3 are also generally positive when it comes to performance.

There are some scattered reports of app issues, but we see this with any update. Overall there are no problems with apps and users report that some of the stock apps load faster and work better on the iPhone 4s with iOS 8.3.

If you do run into any problems with iPhone 4s apps on iOS 8.3 the first thing you should do is update those apps on the app store. Even small app updates can bring changes that fix problems that appear after updates.

There are not widespread reports of iPhone 4s iOS 8.3 battery life, but one user reports that the battery life is still bad. That likely means it is the same as on iOS 8.2.

Some iPhone 4s battery life problems may come from using a very old device where the battery life degraded over time, rather than bad iOS 8.3 battery life specifically. 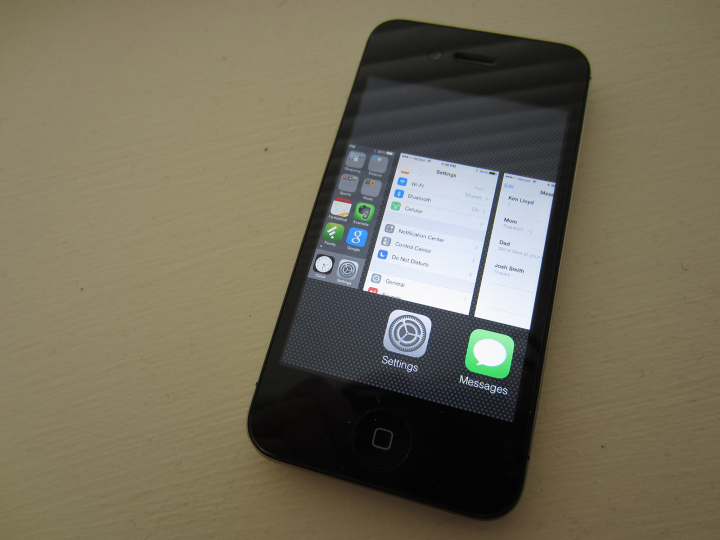 Apple calls out fixes for WiFi and Bluetooth problems and so far we are not hearing from users that there are new WiFi, Bluetooth or cellular connectivity problems with the iPhone 4s iOS 8.3 update. Thee may appear after extended use, but for now it looks like this update is solid.

There are some iOS 8.3 problems on other devices dealing with Touch ID, but so far we are not able to discover any iPhone 4s specific iOS 8.3 problems. We’re still investigating, so if you are concerned you may want to wait a while to install the iOS 8.3 update.

Should You Install iOS 8.3 on the iPhone 4s

Any iPhone 4s user  with iOS 8 problems should install the iOS 8.3 update now. The performance is good according to early reports and the videos show good iPhone 4s iOS 8.3 speed.

With fixes for apps, WiFi, Bluetooth and many other areas this is an update that solves many problems and doesn’t appear to add any show stopping issues. If you decide to update and want to go back to iOS 8.2, you can downgrade from iOS 8.3, but this option will only last for a week or two.

There is no iOS 8.3 jailbreak at this time, so if you use jailbreak tweaks and themes you should avoid this update for now. If you are on iOS 7 you can see how the performance compares in the video above. Once you upgrade to iOS 8.3 you cannot go back to iOS 7, so choose wisely.

Check out the slides below to see what’s new in iOS 8.3 and how it compares to iOS 8.2.