As we inch closer to WWDC 2015 and the iOS 9 launch, we continue to see details about another update emerge. iOS 8.4 release details have emerged numerous times already and this week is already off to a hot start. With the iOS 8.4 release date inching closer, we take a look at what iPhone, iPad, and iPod touch users need to know now as we march deeper into the month of May.

As we’ve pushed away from the initial iOS 8.4 beta release, Apple’s iOS 8.4 release date has been inching closer and closer. The company isn’t talking about the iOS 8.4 release date but we’re confident thanks to the iOS 8.4 beta update’s progression and thanks to a series of credible rumors that have emerged in recent weeks. Apple’s plans aren’t entirely clear but the pieces are starting to fall into place. 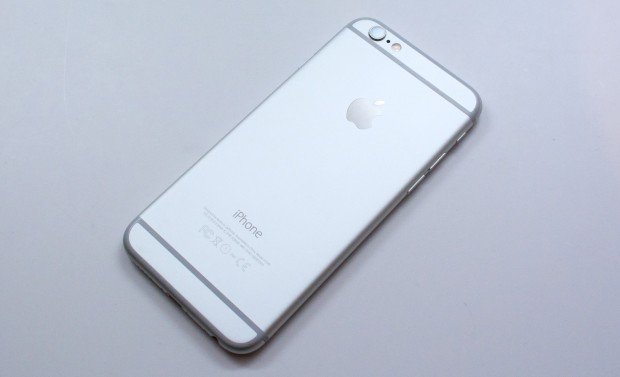 We expected May to be a busy month for Apple and for iOS 8.4 and that prediction has been accurate thus far. Today, Apple took another big step towards the public release of iOS 8.4 for iPhone, iPad and iPod touch. The iOS 8.4 release date itself hasn’t appeared but we know that we’re getting close.

With new iOS 8.4 details swirling, here’s what you need to know as we head deeper into the month.

Today, Apple released its third iOS 8.4 beta to developers. The update, dubbed iOS 8.4 beta 3, is now available to those with a paid developer account.

The release of an iOS 8.3 beta 3 means that Apple’s public iOS 8.4 release is inching closer as the company, and its developer partners, make progress in testing behind the scenes. 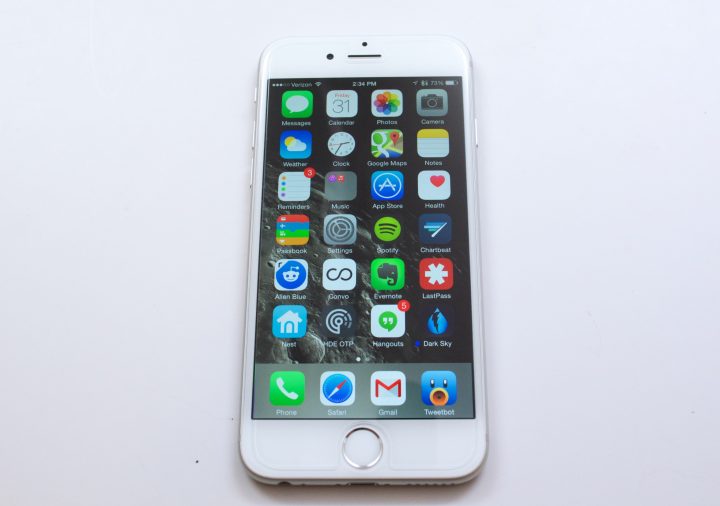 With several weeks to go before the public iOS 8.4 release, we could certainly see Apple release at least one more iOS 8.4 beta for developers. We typically see the company put a two week gap between beta releases which means that we could definitely see another iOS 8.4 beta arrive in late May.

In addition to the iOS 8.4 beta 3 for developers, Apple has released the second iOS 8.4 beta for those in the Apple Beta Software program.

For those that don’t know, the Apple Beta Software program is (at least it was) open to the public-at-large. Those who were able to get into the program with their Apple ID can now download the latest iOS 8.4 beta and test it ahead of the public iOS 8.4 release.

Again, with several weeks to go before a public release, we could (and should) see another iOS 8.4 beta release to the general public for testing. It’s clear that Apple wants to get this update (and future iOS updates) as stable as humanly possible and the Apple Beta Software program plays a big role in that.

The latest iOS 8.4 beta doesn’t appear to bring any significant features to the table though it does look like it brings some smaller tweaks to some of Apple’s upcoming software features.

According to users on MacRumors forums, the update brings a new smaller font to iTunes Radio. Apple is making some big changes to iTunes Radio with iOS 8.4 and we continue to see the company tinker with the application as we head closer to the iOS 8.4 release. 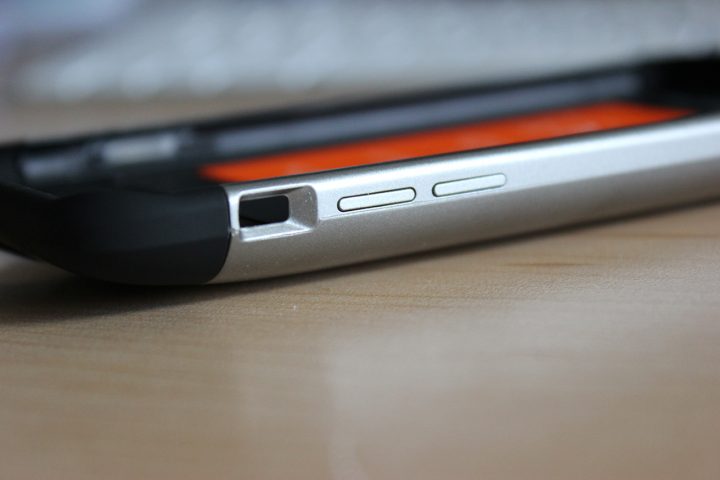 While the change log is growing, they also note that the update comes with several bug fixes for problems found in the older versions of iOS 8.4 beta. This isn’t surprising given that Apple is planning to release the iOS 8.4 update for the public sometime next month.

Expect more bug fixes and changes to occur in any and all upcoming iOS 8.4 beta updates as Apple works to improve the software’s stability.

Why You Shouldn’t Install iOS 8.4 Beta

iOS 8.4 Features: What We Already Know

Apple hasn’t confirmed anything but it’s clear that iOS 8.4 is laying the groundwork for Apple’s Beats streaming music service. As of right now, the iOS 8.4 update’s big change is a revamped Music application that comes with a number of new enhancements, some of which have apparently been held from view in the buildup to WWDC. 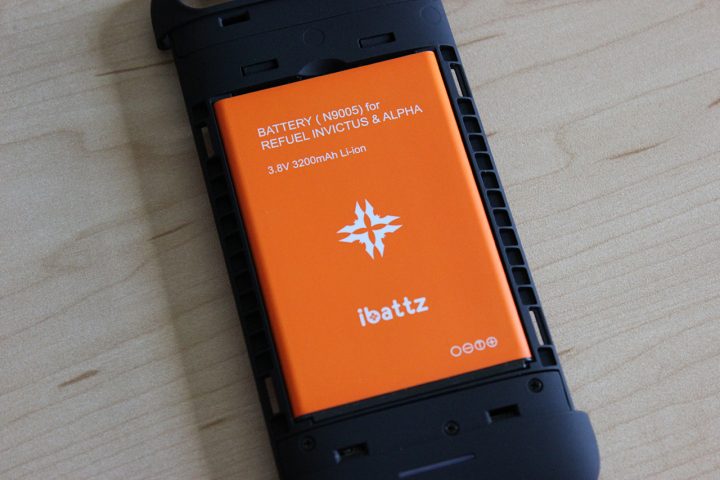 The company is also planning to release a brand new version of iTunes Radio alongside iOS 8.4 next month though some of those changes haven’t appeared in the iOS 8.4 beta, at least not yet. The update is also expected to deliver bug fixes for lingering iOS 8 problems though a full change log probably won’t be released until Apple releases the software.

Apple isn’t talking about the iOS 8.4 release date just yet but according to new reports, the company is starting to wind down development of its new iOS 8 update.

It appears that the company is starting to put the finishing touches on the iOS 8.4 update though it’s not expected to arrive for iOS 8 users until late June. A specific date hasn’t been called out yet though we could see rumors pinpoint a date in the future. The software is expected to arrive alongside a new version of iTunes, iTunes 12.2.

A recent report from Billboard says that Apple is “going down to the wire” with its new project and that it doesn’t have the necessary licensing deals in place in the buildup to WWDC 2015. According to one source “June won’t be the release date” because the deals aren’t done. The report says that Apple could still pull the deals off though it appears as though it will be cutting it close.

Mark Gurman from 9to5Mac believes that Apple is still planning to showcase its new Beats Music service at WWDC 2015 and that the company is currently planning to push the service out next month with iOS 8.4. The service could arrive in a beta in and around its announcement at the WWDC 2015 keynote on June 8th.

It appears that WWDC will also serve as the launch pad for Apple’s upcoming iOS 9 update. According to Gurman, the company is starting to invest more time into its next big iOS release as it preps the software ahead of a launch at WWDC.

Apple still hasn’t confirmed an iOS 9 launch at WWDC though all signs point in that direction. In its press release for WWDC 2015, Apple states that “at WWDC, Apple’s renowned developer community will come together to learn about the future of iOS.” The statement doesn’t mention iOS 9 by name but it’s a sign that we’ll probably see more than an iOS 8.4 update announced on stage.

Expect a lot of iOS 9 update information at WWDC 2015.

iOS 9 will reportedly focus on fixing bugs and improving performance and the stability of the iPhone and iPad though Gurman now says that it will include changes to Siri that are focused on the look and feel of Apple’s personal assistant. It’s said to mirror the look on the Apple Watch.

The iOS 9 update will also reportedly bring a new wallpaper and a number of security enhancements for iPhone, iPad and iPod touch, the specifics of which remain unknown.

The iOS 9 release date isn’t expected until the fall though it’s expected to follow the iOS 8.4 release date in June. Apple could roll out a smaller iOS 8.4.1 update to fix lingering issues but we haven’t heard anything about iOS 8.5.

9 Features We Want from the iOS 9 Release

iOS 8.4 will be out before the final version of iOS 9 arrives but that doesn’t mean that you won’t be able to try it early. An iOS 9 beta is expected to arrive (for developers at least) in and around the first day of WWDC.

What this means is that some of you (only the most daring) should be able to skip to iOS 9 just as Apple releases the iOS 8.4 update.

We recently took at look at what we expect from the iOS 9 beta.