The iOS 9.1 release date is here for the iPhone, iPad and iPod touch, allowing users to upgrade to the latest version of iOS 9 that includes a long list of bug fixes and a range of new features for the iPhone and iPad.

With the iOS 9.1 update Apple also adds support to set up the new Apple TV that comes out next week using your iPhone and builds in support for iPad Pro accessories like the Apple Pencil that will ship with the iPad Pro next month. 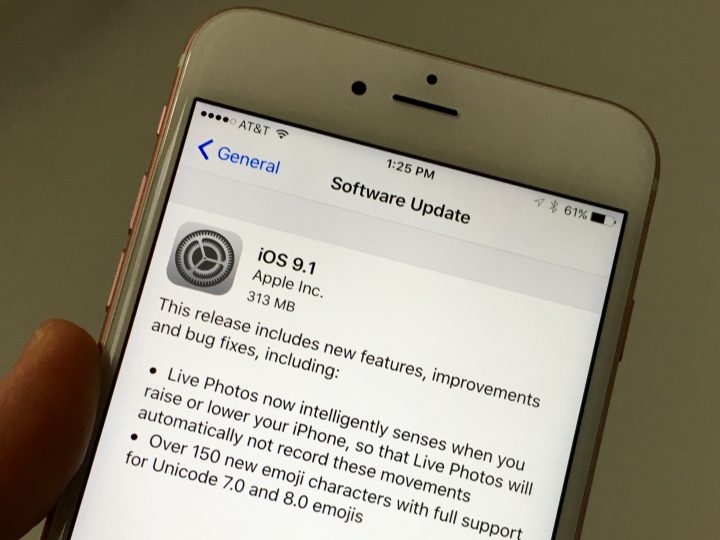 The iOS 9.1 release date arrives with fixes, Emoji and features.

Apple headlines the iOS 9.1 update with details on the new 150 emoji options that are in the update and a fix for Live Photos that detects when the user moves the camera so that the iPhone 6s or iPhone 6s Plus will no longer record that part of the movement.

In addition to the new iOS 9.1 features, Apple includes a collection of fixes for iOS 9 problems with the iOS 9.1 release. Below is a list of 11 fixes Apple issues in iOS 9.1. 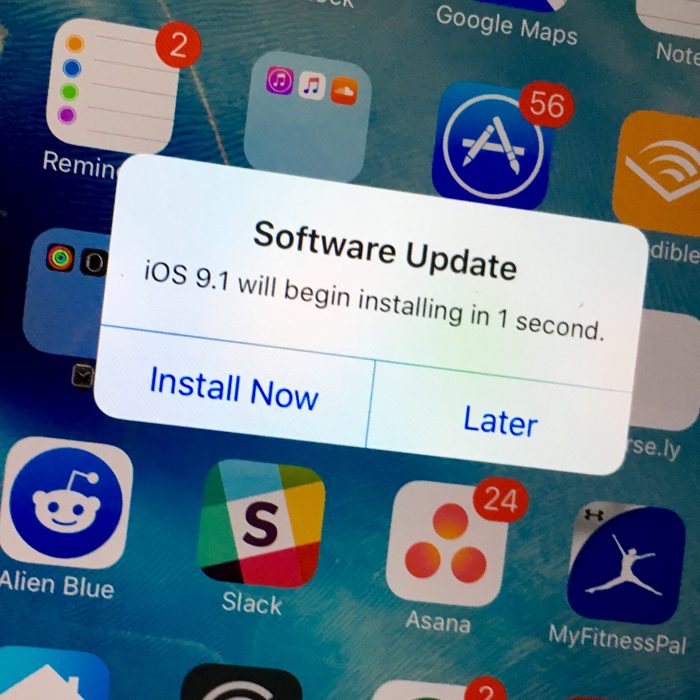 The iOS 9.1 release date also brings security updates to the iPhone and iPad. These are great news for most users, but the iOS 9.1 update closes the security hole that allows the iOS 9.1 jailbreak to work. If you are using the iOS 9 jailbreak or if you plan to use it, you should not upgrade to iOS 9.1 at this time.

The slides below walk through what is new in iOS 9.1 and compare it to iOS 9 on the iPhone.