The iPhone 6s Plus is a big smartphone with a beautiful screen that delivers a new way for users to interact with the iPhone, a new camera and a new rose gold color.

Here’s what I learned after using the new Rose Gold iPhone 6s Plus for 24 hours.

After exploring with both the iPhone 6 and iPhone 6 Plus for the last year I wanted to see how well the new iOS 9 features and exclusive new iPhone 6s Plus features help overcome the challenges of using a large smartphone.

Here is what I learned after using the iPhone 6s Plus for a day. 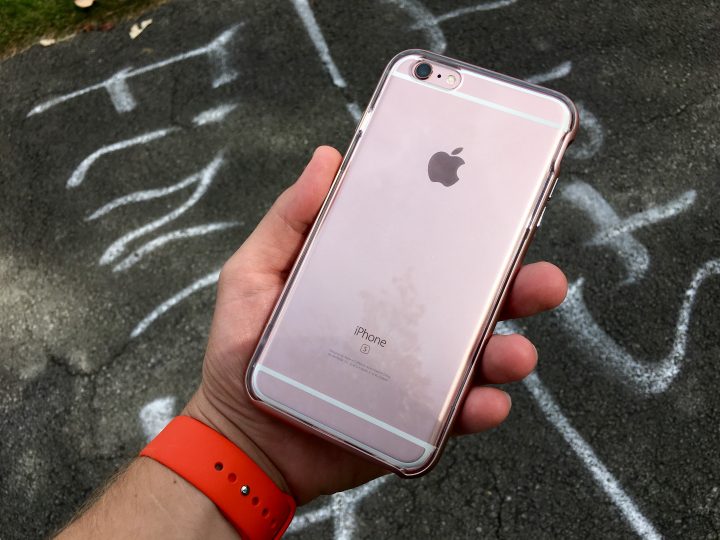 What I learned using the iPhone 6s Plus for a day.

With a 5.5-inch screen there is more room to watch videos and a bigger canvas for lining up a photo — but this is also more phone to haul around.

One thing that does help me use the larger screen is 3D Touch, which makes getting to features in apps faster and easier with one hand. Here’s more on this new feature.

3D Touch Is Useful, Especially With a Big Screen

The biggest new iPhone 6s Plus feature that you can physically touch and see is 3D Touch.

Instead of using your iPhone screen with a tap or a long press, the screen can now detect a push and a harder push. This enables Quick Action shortcuts from the home screen that are very useful on a bigger screen.

Take for instance opening the camera app and taking a selfie. On the iPhone 6 Plus this often required a second hand to tap on the camera switch button in the upper right, or using Reachability to pull it down.

On the iPhone 6s Plus I can just push harder on the camera icon to go straight to a selfie.

Peek and Pop allow me to push to preview a link, appointment, location or email an then push harder to jump right to the app or email. With 3D Touch I can push on the edge of the screen and slide over to switch apps as well.

When selecting text, I can press on the keyboard and turn it to a cursor I can quickly move to the right location to fix a typo. To select the text I need to use my second hand, but it’s still a useful tool.

Together these new features help me use it better with one hand, but I still find it more challenging than the iPhone 6s.

Apple boosts the iPhone 6s Plus camera to a 12MP sensor, up from 8MP on the iPhone 6 Plus.

The camera is fast, it takes great photos and Apple adds new options that I am already using regularly.

[contextly_sidebar id=”c388Q39lKKOyx3skxlzz4bPFS99FoqDQ”]Live Photos capture a second and a half before and after a photo, so you get the 12MP photo that you can edit, share and print — but you also get a fun moving photo, almost like a gif. The downside is that you cannot share this to someone who isn’t on Apple and currently if you move the camera at the end you ruin the effect. Apple is working on a fix for this.

The iPhone 6s Plus also includes the ability to record in 4K resolution, but it can fill up your storage fast at roughly 370MB per minute.

Apple also packs in a better front-facing camera with a 5MP resolution and now lets users flash the screen for a better Selfie in low light.

iPhone 6s Plus Vibration is No Longer Obnoxious

You wouldn’t think that the vibration feature on a smartphone would make a short list like this, but this is a major change that I am very excited about.

The iPhone 6 Plus vibration is obnoxious. It is loud and way too powerful for a smartphone.

With the iPhone 6s Plus Apple switches to the Taptic Feedback Engine that delivers subtle, but easy to recognize alerts.

This is a major jump from the iPhone 6 Plus, where Touch ID was finicky and sometimes slow to respond.