This marks the third time that we’ve seen Sony Ericsson’s supposed Xperia Duo leak out and today’s press shots give us the best look at what might be a very popular photo if the device is in fact real. 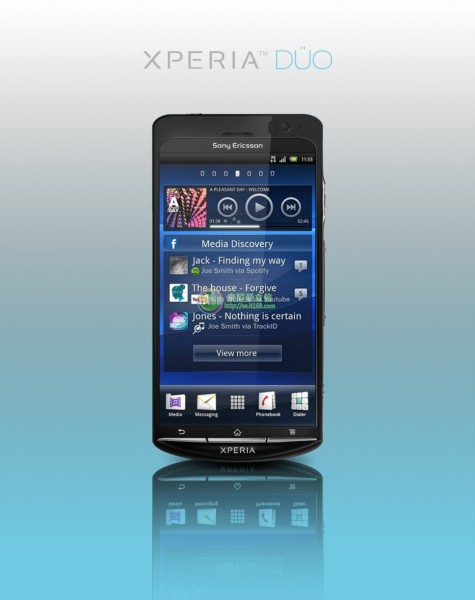 So here’s what supposedly is on board the device that you see here. For the processor, there are two scenarios. The first states that it’s running a NovaThor A9500 chipset which is a combination of Cortex A9 cores with the Mali-400 GPU. This would mean that it would have the same processor as the Samsung Galaxy S II only with a faster clocked CPU at 1.4GHz.

The other theory is that this thing is packing a Qualcomm MSM8260 Snapdragon chipset which is the same processor found in the popular HTC Sensation. And if you thought that was awesome, here are a couple more tidbits. It apparently is rocking a 4.5 qHD high-resolution display which supports the Bravia Mobile engine, Android 2.3 Gingerbread, a 12MP camera, and wait for it, a 2500 mAh battery.

Sounds a little bit too good to be true in my opinion, but if it’s true, this phone is going to be an absolute beast and will definitely be on par with the best Android smartphones out there.

So, what do you think? Is the Xperia Duo too good to be true? And if it was the real deal, would you consider buying it? I sure would.