I have been working on a simple website for my son’s baseball team this weekend. The goal of the site is two fold, one to let parents know when the next game and/or practice is and to let the kids get excited seeing their names online with their stats. I thought this would be fun for the kids to track their performance.

I am using WordPress for the site and the layout is a mirror image of the main site for his league that I did.

I am not done with the site and still adding features. One of the features is the back end for the stats and results of the game. I have some CSS work to do for sure, but I have the players, teams, and schedules in place. Tonight, I was working on testing out the stat input. I had planned to keep a tradition book and transfer the stats to the database manually after each game. 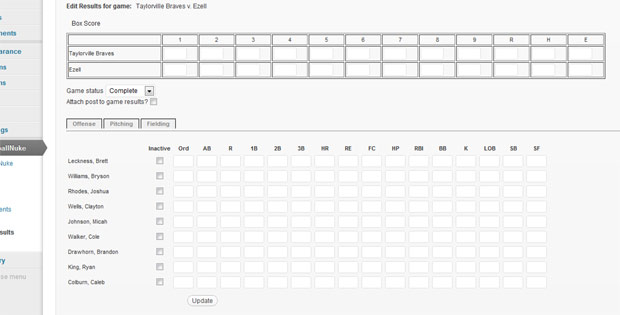 As you can see in the screenshot above, the stats input is definitely manual, but not too tough looking. I was getting ready to input the stats from today’s Jamboree game that they won 8-4 and noticed that this WordPress Plugin, BaseballNuke, offered a way to import stats from a couple 3rd party scoring apps, iScore and Game Changer. Both allow for stat keeping using an iOS device or Android device. In addition, they allow you to access these stats online and use the data in other applications. I plan to try out the iScore app for Android (and possibly iOS as well) to track my son’s games and import the data into our website automatically. Tuesday is their 1st regular season game and I will put it through the 1st test then.

ESPN iScore Baseball / Softball Scorekeeper is the easiest and most intuitive way to track a baseball or softball game. With the #1 Baseball Scoring app for the iPhone and iPod touch, you can score youth baseball/softball, high school games, college games, and even professional games just like the pros. 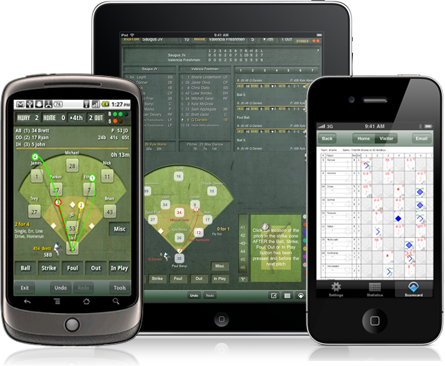 iScore seems to be the complete package for scoring baseball games, no matter what level or reason.

The support seems awesome too, they even have a series of videos demonstrating how to keep score with the app.

For more information about iScore, check out their website. You can download iScore for Android or iOS for $9.99.