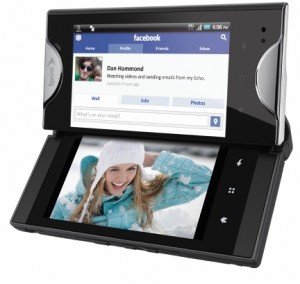 While I had incorrectly predicted the arrival of the HTC Arrive for Sprint, the carrier did manage to bring–as advertised–an industry first with the Kyocera Echo, the world’s first dual-screen Android smartphone, which brings with it not only increased screen real estate to browse your favorite webpages and view your favorite photos, but also much needed usability to Android’s multitasking.

But Android already does multi-tasking with prowess, you may argue. However, there are some limitations with Android’s engine, especially on Android 2.3 Gingerbread and prior for smartphones. First, if you’re looking at a webpage on your single-screen Android smartphone–or even a tablet right now like the Galaxy Tab–and you want to quickly respond to an email that came in from work so you can reply to your colleague and share the URL or some of the page’s content in the email response, or chat with a friend on instant messenger, you’ll have to pause the web browsing by hitting the home button, and launching the email or chat application. Especially in short bursts of communication, like an IM conversation, multi-tasking can become a chore as you’ll be able to read a few lines of your webpage, switch to an IM app to respond, then switch back to the webpage to repeat the process a few seconds or minutes later depending on how fast your other party responds. 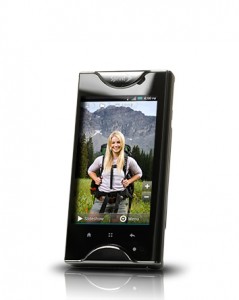 As you can’t have two windows side by side in an Android phone or tablet at this time, the multi-tasking process detracts your attention from the screen and forces you to juggle. However, with Sprint’s Kyocera Echo’s dual-screen solution, you can leave your email or IM app open in one window, and browse the Web or perform another task in the second window. This allows users to multi-task without detracting attention from the main task, similar to having a larger window on a desktop for the main task and a smaller window next to it for a secondary task, such as IM, that doesn’t require a lot of attention.

While I haven’t laid hands on a Kyocera Echo yet, the device’s dual-screen implementation has been an answer to my multi-window prayers for a smartphone. Although I realize that smartphones, with a small-ish display, cannot provide a multi-panel or multi-window implementation while at the same time delivering an excellent user experience, the dual-screen Echo solves that problem by expanding the total screen real estate of the smartphone. When closed, each screen panel measures 3.5-inch and carries with it a WVGA resolution–the screen size is similar to that on Apple’s iPhone while the resolution is akin to that on today’s current high-end Android phones. When opened, with the combined screen real estate, the Echo affords a 4.7-inch viewable display and a combined resolution of 800 X 960 making it a pretty high definition. 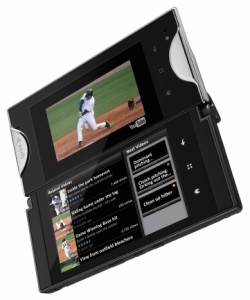 There are several different ways in which users can interact with the screen, manage apps, and multi-task. Users can use just a single screen providing an experience not unlike today’s smartphone, both screens as an extended combined screen in Tablet Mode for a single app providing for more details on a single page which can be good for e-books, in Simul-Task Mode providing for a different app in each screen display, or in Optimized Mode providing an app in one screen and a secondary function pertaining to the app in the second screen (example: email app on one screen and a keyboard in the second screen for composing the email).

Hopefully, in the future, Sprint will find it fit to allow developers access to the second screen and see what kinds of apps, controls, interfaces, and experiences could be create.

The Echo will be available this Spring for $200 after a $100 mail-in-rebate and a two-year service agreement with Sprint. The device is a 3G EV-DO Rev. A smartphone, meaning that it won’t be working on Sprint’s faster 4G WiMax network. The Kyocera Echo is an Android 2.2 smartphone which brings support for Adobe Flash 10.1 Mobile on the device’s 1 GHz Qualcomm processor. It features a 5-megapixel camera with 720p HD video encoding, Bluetooth, WiFi, GPS, proximity sensor, digital compass, and light sensor.

For the $200 on-contract asking price, Sprint’s including a 1370 mAh battery, but you also get a secondary spare battery of the same capacity as well along with a portable battery charger so you can always have the spare battery charging while you charge or use your phone. The best part about the portable charger is that you can even plug the charger with the spare battery  into your phone as an external power supply. This is useful when you’re running low on juice in the middle of a phone call and don’t want to interrupt the conversation by powering off the device to swap to a full battery–here, you’ll just be transferring the juice from the spare full battery to the depleted battery loaded inside the phone. Ingenious!

It looks like a lot of thought has been placed on the design and implementation of the Kyocera Echo, which is launching as the world’s first dual-screen smartphone on a carrier. Now, if Sprint can tap the developer community to create additional, compelling apps to provide for an enhanced user experience across all Android apps for the dual-screen solution, we’ll definitely have a winner. It will be interesting to see how the carrier opens up the platform, what developers will come up with, and see how users will interact with and use the novel phone form factor.