The Kyocera Echo is a new Android smartphone has two displays and allows users to choose how they want to use them. The Kyocera Echo won our best multitasking/simultasking smartphone award at CTIA 2011 and is now available for purchase at your local Sprint store. We have all of the information you need about this dual screen Android device to help you decide if it is right for you. 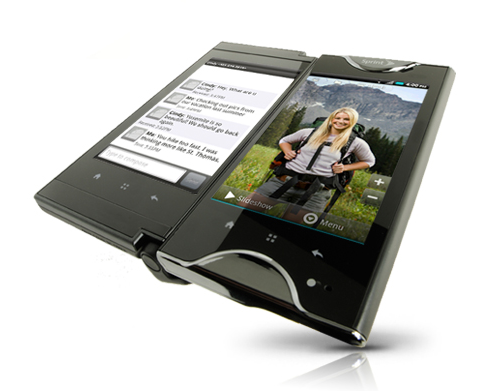 The Kyocera Echo has many of the same features as you will find on the current crop of smartphones including a 1GHZ Snapdragon processor and 5MP camera, but it does not have 4G or WiMax support. Fortunately, the inclusion of dual displays and simultasking does set the Echo apart from the competition.

What makes the Kyocera Echo Unique?

The power of the Kyocera Echo is in the unique ability to use the two screens in a manner which best fits your needs.

When you only need one display, you can save battery life and get by just like on any other phone. When you want to have more screen space for web browsing or playing a game, you can use one screen as your keyboard and the other as your display. When you want to do two things at once, which is where the Echo really shines, you can simultask which allows you to use two apps, one on each screen, to do two things at once.

We went hands on with the Kyocera Echo at CTIA 2011. In this video you can get a sense of why two screens may be better than one.

As you can tell, the defining feature of the Echo is the dual display setup. The additional display uses more power, but it does deliver when it comes to having more screen space and on using two displays in simultasking mode.

Simultasking is the ability to use two apps at the same time, one on each display. The downside is that the apps must be made to work in simultask mode so you can’t just start using simultasking with any app you download.

Currently you can simultask with the following apps, but Kyocera is trying to expand this list by reaching out to developers. You can use the dual displays as one big 4.7″ display to use any app on the market.

The Echo will let you use these seven apps in dual screen simultasking mode, but you can’t always interact between the apps as you may expect as noted in several reviews. PC World reports, disappointingly, that, “For instance, I can’t throw a URL from an e-mail on one screen to a browser on another, or open a YouTube link in an e-mail message on one screen in the VueQue app on another.”

The Kyocera Echo comes with a pretty small battery, especially for dual screens, so you may want to look into the External battery which lets you use the Echo longer.

Engadget has a full review of the Kyocera Echo including this video which gives you an overview of how the hinge works, including some Angry Birds action in tablet mode.

PhoneDog has another look at the Kyocera Echo, which comes in two parts and gives a good look at the dual screen display in use with some apps, as well as the drawback of having only a 3G connection. 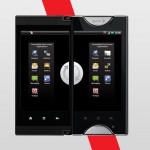 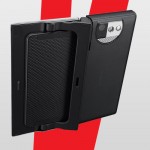 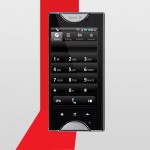 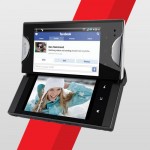 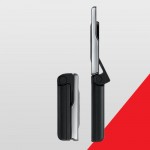 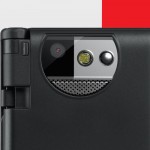 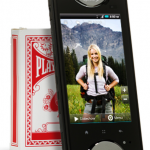 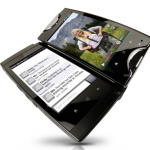 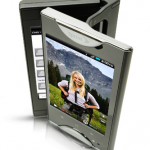 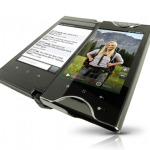