The Lenovo Mirage Solo is the world’s first standalone Daydream VR headset. A product that gets rid of two big pain-points for VR users. You won’t have any wires dangling from your head, and you don’t need a phone or PC. In 2017 Google promised to release standalone VR kit, and at CES 2018 Lenovo finally delivered.

The Mirage Solo packs everything into one powerful, affordable, and easy-to-use device. It’s completely self-sufficient, all while having as much power as most high-end smartphones. The result is an immersive 110-degrees VR experience anywhere that blurs the lines between reality.

Lenovo’s new Mirage Solo VR has a little of everything. The all-in-one headset packs plenty of power, has a crisp 5.5-inch Quad-HD display, a wide field of view, and enough battery for 7-hours of continuous VR fun. Read on for more details about the exciting new WorldSense technology and the full spec sheet. 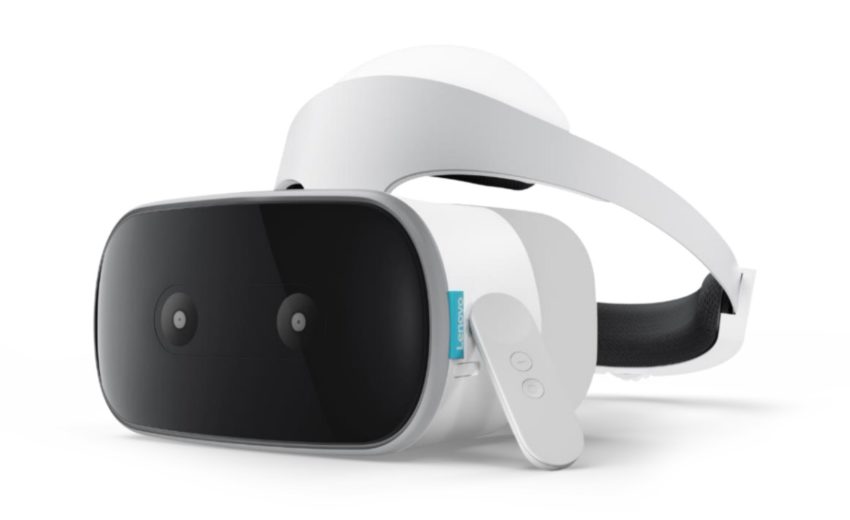 Aside from being an all-in-one Daydream VR setup with a motion controller, Lenovo’s Mirage Solo has WorldSense. Combining six degrees of freedom and real-time body and head-tracking technology. WorldSense lets you move around and explore your virtual environments like you’re really there. Walking around, moving your head, leaning into corners while riding a motorcycle, or ducking and dodging in games or wandering through VR spaces.

What this means for average users is you have absolute freedom to enjoy VR anywhere. The headset has everything you need, and WorldSense understands the world around you. That way you’re not walking into walls, couches, or anything else in the real world.

On traditional VR headsets, this happens with huge sensors throughout your “VR room” or living room. Giving you a small area to work and play in, and that’s all. So basically, the Lenovo Mirage Solo VR gets rid of almost every pain-point when it comes to virtual reality. 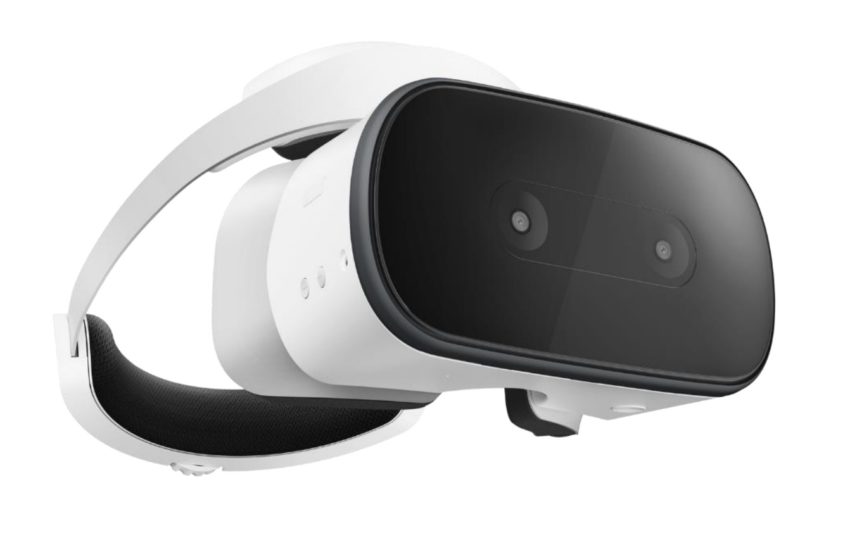 As for the specs, the Lenovo Mirage Solo is pretty powerful. Inside the headset, it’s using the latest Qualcomm Snapdragon 835 processor platform, which powers the most popular Android smartphones on the market. There’s also 4GB of RAM, 64GB of internal storage for apps and VR games, and a 5.5-inch 2560 x 1440 Quad-HD LCD display with a 110-degrees FOV.

Furthermore, there are tracking cameras, motion camera, the motion controller, a 3.5mm headphone jack and a microSD slot for expanding storage up to 256GB. It’s basically a powerful Android smartphone inside of a Daydream VR headset. Running Android 7.0 Nougat and Google’s Daydream OS.

There’s also a massive 4,000 mAh battery that promises nearly 7 hours of continuous VR gaming, Bluetooth 5.0, WiFi and everything else you’d expect on a high-end Android device.

As for wearing the device, Lenovo thought of comfort and the overall fit first, then everything else. The area that touches your face and forehead is a soft breathable padding with comfort in mind. Then, there’s a quick-release button for visor adjustments, although Lenovo says it will fit any size head. You’ll also enjoy adjustable dials and size accommodations for any face shape and visual aids like glasses. 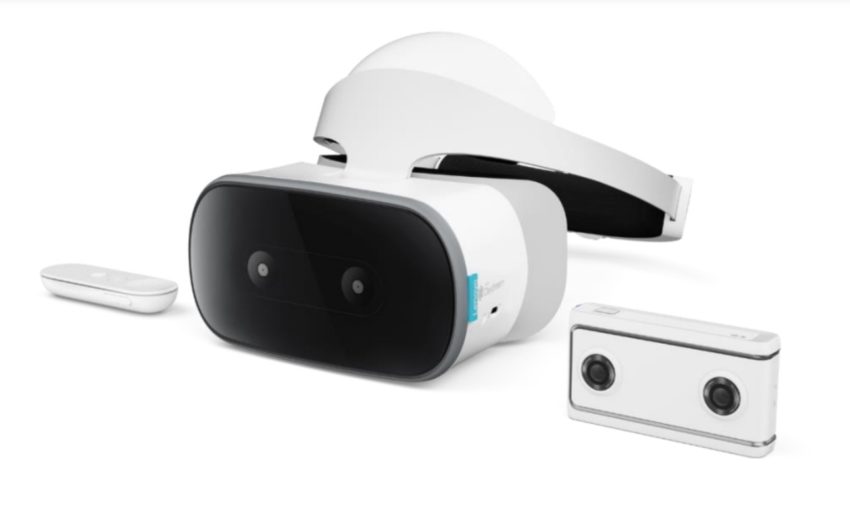 Additionally, since most headsets have all the weight at the front, Lenovo built the Mirage Solo with a neat weight distribution system for overall comfort. That way you’ll look good and feel good while enjoying VR for 5-7 hours at a time if you’d like.

Lenovo also announced a new Mirage Camera with a 180 degrees VR lens. A camera that’s built to capture stunning photos and VR video that you can instantly share to YouTube VR and other platforms.

So when can you get one and for how much? The Lenovo Mirage Solo will be available for under $400 sometime in the second quarter of 2018. Stay tuned for more details.