Since the end of November, the Nexus 4 has been sold out and backordered on the U.S. Google Play Store. In other regions, the device has been hard to come by as well. And finally, one of the companies involved is saying why. In comments today, LG confirmed the obvious stating that high-demand is the reason why Google has had a ton of trouble with the Nexus 4’s launch.

Read: 7 Reasons the iPhone 5 is Better Than the Nexus 4.

In November, the Nexus 4 went on sale for the first time. Very few expected what was to come next. Many of those who were able to place an order when it first became available were greeted with a confirmation email and a Nexus 4 a few days later. Many others though encountered errors and site issues and wound up with a backorder for the device after Google seemingly sold out of its stock. 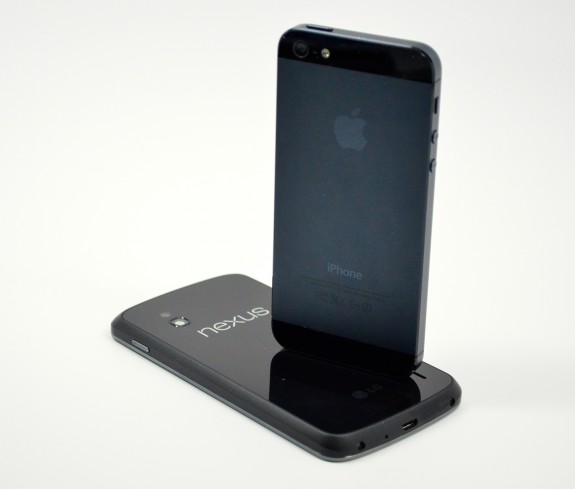 The Nexus 4 has seen shipping delays, just like the iPhone 5.

Those who received a backorder received their Nexus 4 several weeks after its initial launch. Soon after that, the Nexus 4 went on sale again only to sell out again in a matter of minute, site issues and all. The device went up for sale in regions like the UK, Germany and Canada shortly thereafter with similar results. This has left consumers who want the phone today with only a few options.

The likely cause of the delays and stock issues, high-demand, was confirmed today to CNET UK by the Andy Coughlin, the head of mobile at LG UK. Coughlin says unsurprisingly that the Nexus 4 stock shortages that are affecting the Google Play Store and T-Mobile USA for that matter are because of “huge demand.”

Read: T-Mobile Nexus 4 In Stock as Price Returns to Normal.

Coughlin stated that as “with any sales process, LG supplies product quantities against partners’/customers forecasts.” He also said that the demand for the Nexus 4 has been extremely high in the Play Store, something that Google confirmed to Gotta Be Mobile and something that is quite obvious given the delays.

What’s unclear though is whether Google simply did not see the demand for the Nexus 4 coming, something that is certainly possible, or if it decided to only offer a certain amount of devices and thus, keep the Nexus 4 in the news.

What is clear is that many of those who may have wanted a Nexus 4 won’t be able to get one well into 2013, something that no one, maybe not even Google, may have seen coming prior to the November launch.