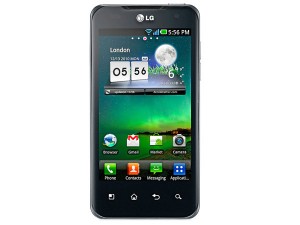 With smartphones already replacing stand-alone GPS units, digital cameras, low-cost digital video cameras, PDAs, and other peripherals as those functions are now good enough and well integrated into a smartphone to use, LG is hoping to take that further and have users replace their home video game console systems with its powerful NVIDIA dual-core gigahertz Tegra 2 processor Optimus 2X Android smartphone. Being able to fully replace an Xbox or PlayStation will definitely take some time, but the technology is headed in that direction and LG’s Optimus 2X could be among the first that start the revolution.

You can see how games appear clear and detailed on an HDTV in the video below. LG is calling it their Visual Gaming Engine at a display at CES.

Also, if you’re interested, here’s also a video demo of the Optimus 2X:

The LG Optimus 2X can capture videos and play them back at 1080p–most other smartphones can only do 720p video encoding and decoding, including another powerful dual-core NVIDIA Tegra 2 smartphone, the Motorola Atrix 4G for AT&T.

The other device to fully mirror the smartphone, which will allow for video output (via HDMI output port) of games is the Sony Ericsson XPERIA Arc, announced recently.