LG Revolution Coming to Verizon on May 26th for $250

Verizon has finally coughed up the goods for their third 4G LTE smartphone, the LG Revolution, which will be coming out tomorrow May 26th with a price tag of $250, just like we knew it was going to. 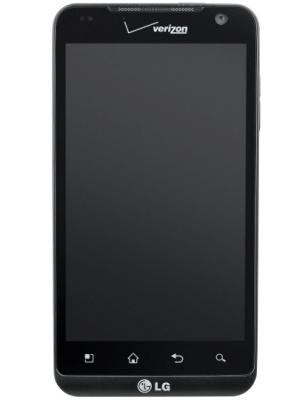 The release date and price of the LG Revolution had been clear for quite awhile and we had only been waiting on Verizon to finally let us know that they were official. And official they are because Big Red is going to be in retail stores starting tomorrow.

That’s right. No pre-order, straight to stores, a move that isn’t too shocking considering we saw dummy units and promotional materials arrive for the LG Revolution yesterday.

For those that need to brush up on the facts, the LG Revolution comes with a  4.3 inch TFT display with 480×800 resolution, same screen as the HTC ThunderBolt, and it’s going to be coming with a single-core second-generation 1GHz Snapdragon processor.

It’s also have a 5MP rear camera, 1.3MP front facing camera, 16GB pre-installed microSD card, and an HDMI out slot. It’ll be powered by Android 2.2 at the start and will be coming with the Netflix app that Samsung Droid Charge and HTC ThunderBolt owners can’t officially get right now.

So, if you didn’t like the Droid Charge or the ThunderBolt and don’t want to wait for the Motorola Droid Bionic, you should check out the LG Revolution which again will be in stores tomorrow.