Although most gamers will need to wait until E3 2014 for a full reveal this new Mortal Kombat X trailer is an exciting development for players who can’t wait to play this loved franchise on new hardware.

Bringing back old fighting games is apparently popular on Xbox One and PS4. When the Xbox One launched Microsoft brought Killer Instinct back and there is chatter about Tekken for PS4, although it may not come in 2014.

In a tweet this morning Ed boon of NetherRealm Studios confirmed the name of the new Mortal Kombat game and artist Wiz Khalifa appears to be in on the announcement, tweeting a teaser image.

The name of the game is "Mortal Kombat X"

The announcement comes right as this two-minute Mortal Kombat X video appears online. The battle in this game is CGI, so it’s not a real look at the game play, but it is still exciting for gamers that grew up on this franchise.

The Mortal Kombat X release date is scheduled for 2015, and we expect to see more details arrive at E3 2014, but here’s what we do know.

The Mortal Kombat X game will go on pre-order soon at Amazon, Best Buy, GameStop, Newegg, Target and Walmart. It will be available on,

Based on the logos on the page users will be able to play online with Xbox Live and PlayStation Network. NetherRealm and Warner Bros describe Mortal Kombat X as,

“Fueled by next-gen technology, Mortal Kombat X combines unparalleled, cinematic presentation with all new gameplay to deliver the most brutal Kombat experience ever. For the first time ever, Mortal Kombat X gives players the ability to choose from multiple variations of each character impacting both strategy and fighting style. And with a new fully-connected gameplay experience, players are launched into a persistent online contest where every fight matters in a global battle for supremacy.” 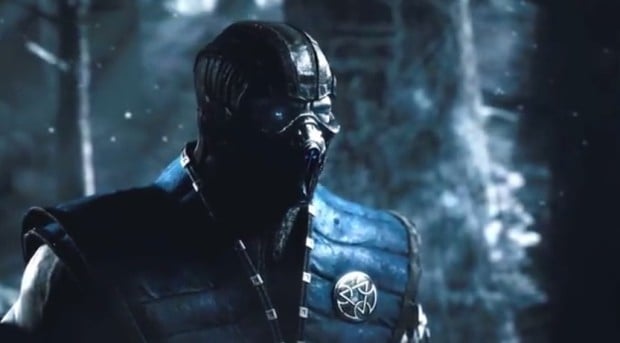 The Mortal Kombat X video is here, but gamers need to wait for 2015.

Warner Bros confirmed that the first official appearance will take place at E3 in Los Angeles next week, but the official Mortal Kombat X website is already live.

Soon after the official announcement Mortal Kombat trended on Facebook and #MortalKombatX trended on Twitter as fans expressed excitement over the game’s return. Here are a few fans sharing their excitement,

#MortalKombatX officially announced. Have to admit I'm excited. Enjoyed their last outings. How do you guys feel about it

Just realize most of that stuff in the #MortalKombatX trailer had Injustice elements to it. And if that's the case I'm buying 4 copies

#MortalKombatX Hurry up and get at me!!! I need you in my life!

For now there’s not much else to share about Mortal Kombat X. As it stands we’ll see a lot more about the game at E3 2014 but it’s not clear if this will include any real gameplay or if it is still too early for that.

The Xbox One and PS4 arrived in late 2013 with a handful of games and in 2014 we continue to see publishers push forward with new titles. Some of the most exciting titles will not arrive until next year. Expect to see a mix of new games for the fall and for 2015 at the E3 2014 conference.