Today Motorola officially announced the all-new Moto 360 smartwatch for 2015, also know as the 2nd Gen Moto 360. After months of rumors, speculation, and even leaks of it out in the public, three versions of the new Moto 360 “Collection” is now available for pre-order. It comes in two sizes, a additional size for women, and a new Moto 360 Sport was also unveiled.

Last year the original Moto 360 was released in September, and went on to be one of the most popular smartwatches in all of 2014. Many buyers have been waiting for the next model to arrive, and today earlier than the rumored September 8th date, it’s finally official and we have all the details below, along with information on the $299 starting price for the entry-level model.

Starting today, September 2nd, the Moto 360 is available from Motorola.com with thousands of possible styles thanks to a slew of customization options, as well as from BestBuy.com, and it will be in Best Buy stores and more locations in the near future. 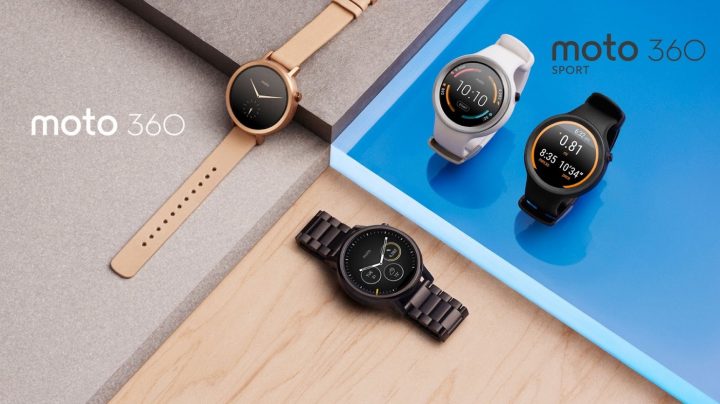 To make things even more exciting, this week Google released Android Wear for iOS, allowing most Android-powered smartwatches on the market to work wonderfully with iPhone devices. Just in time for that announcement is an all-new Moto 360 with two sizes, more customization, and tons of improvements across the board.

The new Moto 360 comes in a 42mm size, a bigger 46mm size, 42mm for women in even more colors, and then a new Moto 360 Sport with added sensors for fitness, and a rubber band for durability and more.

That all said, users are probably wondering what this new smartwatch has to offer over the original, if it’s worth the higher $299 price, and if battery life will be better. Motorola promises huge improvements, nearly 2 days of usage in fact, and the bigger 46mm watch has a bigger 400 mAh battery, compared to 300 mAh on the smaller version.