Motorola is still slowly but surely delivering the Android 8.0 Oreo update to its lineup of smartphones. And while most owners are looking ahead to Android Pie, some are only just now getting Oreo. Here we’ll go over everything Moto owners need to know. This is the latest info about updates to the Moto Z, Moto Z2 Force, Moto G4, X4, G5, and more.

Google’s Android 8.0 Oreo update arrived in August of 2017, followed by another update to Android 8.1 in December. Motorola quickly updated most of its devices, but now Android 9 Pie is over 2 months old and some phones don’t even have Oreo. Most notably older devices or carrier models.

In total, Motorola confirmed Android O for 10 of its most popular smartphones last year. Additionally, that announcement also explained what devices won’t get new software. That said, here are all the details we have thus far, recent updates, and the latest Moto Oreo news.

On the official Motorola Blog, the company debuted a list of 10 devices that will get Android 8.0 Oreo. These are the phones that will get priority, but that doesn’t mean others won’t get added at a later date.

There are more than 10 listed, but in total 10 Motorola phone families have Android Oreo here in 2018, or will soon. Essentially we see Motorola’s most recent smartphones and last years flagship Moto Z. That’s about it though. The entire Moto G4 family didn’t make this list. Furthermore, the Moto G4 Play received Android 7.1.1 Nougat in January 2018. Yes, that’s over 13 months late. It will not get an update to Oreo, unfortunately.

We’re now nearing the end of 2018, 14+ months after Oreo got released, and the Moto Z just finished the rollout. At the end of October of 2018, the Moto Z2 Play on Verizon received Oreo too.

The AT&T Moto Z2 Force quickly got Android Oreo near the end of February, and we saw others in March and April. Then, unlocked devices like the Moto X4 got Android 8.0 Oreo recently, and that includes the Android One version on Project Fi. The Moto Z Android 8.0 update is available as of May 21st, but it’s using March security patches. 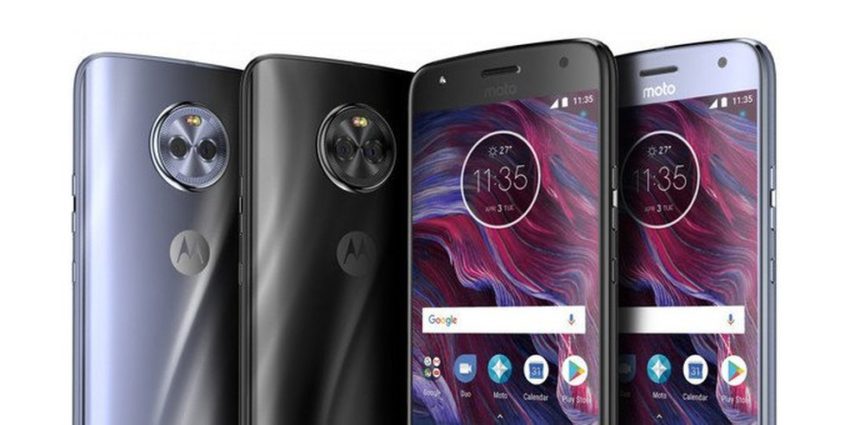 Surprisingly, Motorola pushed out Android 8.1 Oreo for the Moto X4 in late June, along with the Verizon Moto Z Force DROID Oreo release. That older device just got a breath of new life.

There are lots of new Android O features that you can use to do more with your phone and tablet. Motorola specifically highlighted some of the most exciting aspects. Confirming Moto smartphone owners will enjoy “faster speeds, longer battery life, split-screen capabilities, smart text selection, improved notifications, autofill framework for your trickiest of passwords, and of course, the all-new Google Play Protect, helping to ensure none of your apps become compromised.”

The bundled notifications are easier to manage, and picture-in-picture mode is a welcomed new feature as well. Here’s a bigger list of new features in Android O that weren’t detailed by Google or Motorola.

Here is a detailed list explaining some of the many new features. Basically, expect a faster experience with dynamic icons, smarter notifications and all kinds of small tweaks. As an added bonus, Motorola uses a pretty stock version of Android. This means there aren’t any major changes to make, which should mean the update will arrive sooner than later.

Additionally, expect software improvements, bug fixes specific to each Moto device, and other changes along with the upgrade to Oreo.

For now, we’ll just have to sit back and wait for more details from Motorola and its partnering carriers. However, you can head to Motorola’s software upgrade help website for more information about your specific device. This will have the latest info on each phone as the process continues. Like this page for the older Moto Z.

It’s also worth stating that Google released Android 9 Pie in August, and that’s what Motorola is liking working on right now. In fact, we have a few small Moto Android Pie update details, but nothing concrete. Expect an even smaller list of phones to get that release. Additionally, users with Moto phones can still expect small updates and security patches every few months as we move into 2019. We doubt any Moto Android Pie software upgrades will arrive before next year.

In closing, we’ll update this post with more information as it becomes available, or when we hear more from Motorola. Enjoy Android 8.1 Oreo on your Moto phone, or get ready for Pie.