At CES 2012 last week, Motorola and Verizon showed off the new Motorola Droid 4, a phone that is set to replace the Droid 3 in the weeks ahead. And now, just ahead of the launch of the carrier’s latest in the Droid series, Big Red has deemed the Droid 3 worthy of a substantial price drop with its tag now sitting at a mere $99 with the signing of a new two-year contract.

Not a bad deal if you aren’t impressed with the Droid 4 of if you’re comfortable toting a 3G phone in a 4G LTE world.

The drop also signals two things. One, the release of the Droid 4 really is just around the corner. If you recall, Verizon failed to give it a specific release date only saying that it would be coming out in the weeks ahead. And two, the Droid 3 will likely be heading to the smartphone graveyard in the very near future. 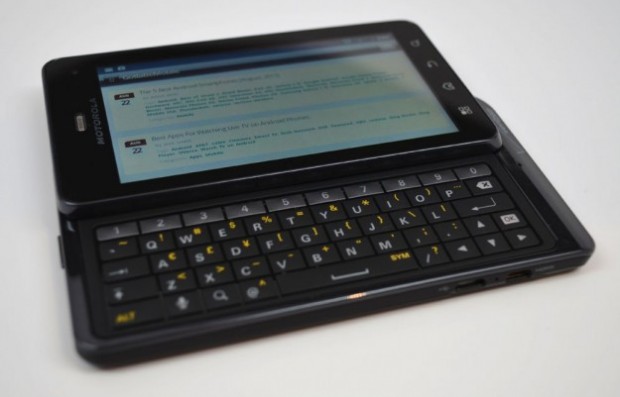 We had heard that this was the case earlier this month and now it appears that its EOL (End-of-Life) designation is imminent.

So that means that if you want one, you’re probably going to want to act quickly before its time is up.

That being said, you’ll probably want to hold out for the Droid 4 if you’re in the market for a smartphone rocking a physical QWERTY keyboard. Why? Well, because the Droid 4’s keyboard is one of the best we’ve ever seen, so good in fact, that it helped get it awarded our Best Smartphone at CES 2012 award.