Just a short time ago, Motorola starting rolling out the Droid RAZR and Droid RAZR MAXX Jelly Bean updates well ahead of schedule with the updates are currently rolling out in phases to customers. Motorola had promised the software by the end of March and so the company, as has been the case lately, rolled out the update earlier than most expected.

It appears that it may be singing a similar tune with the Motorola Droid 4, a device that hasn’t yet received a Jelly Bean roll out window other than confirmation that the update is slated to roll out at some point in the future.

Today, Droid-Life says that Droid 4 owners have received emails regarding a soak test for an unspecified software update. Jelly Bean is not specifically mentioned but as we’ve seen in the past, that doesn’t necessarily mean that the test isn’t for a major Android update.

What’s more is that Motorola itself has told owners to “double check that your profile information is up to date including the MEID” ahead of a Jelly Bean update in the future. He does not reveal exactly when the update might arrive but it’s clear that something is on the way, and given that the soak test invites have rolled out, we could see Jelly Bean roll out in just a few days, perhaps even weeks. 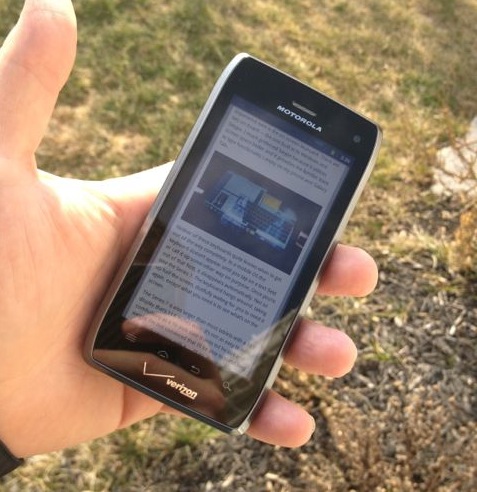 The Droid 4 Jelly Bean update could roll out soon.

Keep in mind, this could turn out to be a smaller, bug fix update but given that we’ve seen Motorola getting its older phones updated quickly, don’t be surprised if it’s Jelly Bean. In fact, it’s likely the Droid 4 Jelly Bean update.