It came out in July of this year. Needless to say, it was a little bit of a shock to see a successor, with the same keyboard but with 4G LTE on board, leak out so soon after launch.

Since then, the Droid 4 has leaked out numerous times and it appears that Verizon has plans to launch the Motorola Droid 4 at some point during 2011, possibly alongside the heralded Samsung Galaxy Nexus. 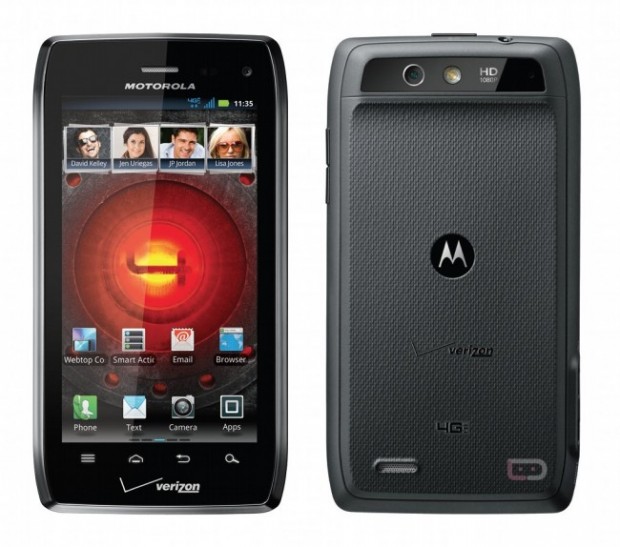 So, we wanted to run down everything we know about the Motorola Droid 4, pre-launch, and give you a glimpse at the phone that, in all honesty, should have been Verizon’s Droid 3.

As we said, this is the phone that should have been what Verizon released as the Droid 3. In a nutshell, the phone is essentially the exact same thing as the Droid 3 only the Droid 4 has a 4G LTE radio on board. That means that when it’s connected to Verizon’s LTE network, it will be able to pull data speeds that are around 10 times faster then those found on the Droid 3. 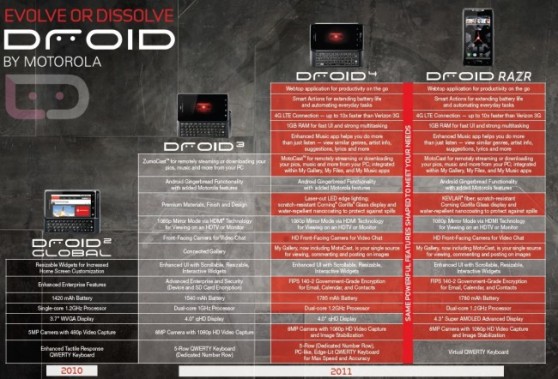 Here is a rundown of the Droid 4’s rumored specifications:

If you’re familiar with the Droid 3, you should be familiar with all of this. The only major differences are the inclusion of 4G LTE speeds and a dual-core processor that is clocked at 1.2GHz.

The chip will likely be of the OMAP variety as well and not of the Tegra family. 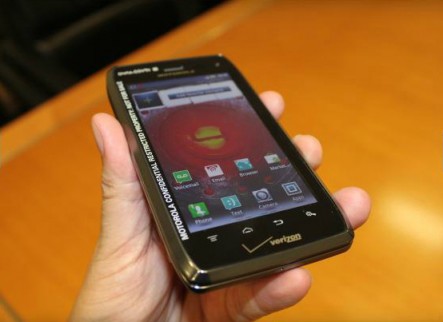 The Droid 4 is going to be a solid phone in the spec department and it’s likely going to be the phone that physical keyboard enthusiasts have at the top of their wish lists.

We don’t blame them. 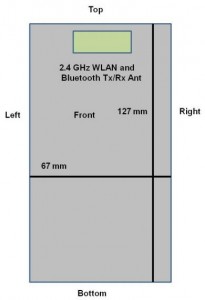 While the specifications for the Droid 4 are all but confirmed, the Droid 4 release date is still a complete mystery. Originally, we had thought that the device would be launching alongside the Samsung Galaxy Nexus on December 8th. It’s now December 13th so, obviously, that didn’t happen.

Since then, the Galaxy Nexus has been rumored to be coming out on December 15th but there hasn’t been any mention of the Droid 4. It’s still very possible that it could launch on the 15th as well but without any physical evidence alluding to that, we can’t be too sure.

It’s coming and we have a feeling that Verizon will, at the very least, get it out before CES.

We haven’t seen anything leak in regards to the pricing of the Motorola Droid 4 just yet. That doesn’t mean we can’t make a few educated guesses though.

The Droid 4 is a 4G LTE smartphone. Verizon is currently charging premiums for LTE smartphones like the HTC Rezound and Motorola Droid RAZR. $299 with the signing of a new two-year contract to be exact. Even though we don’t agree with it, we think it’s likely that the carrier will charge the same for the Droid 4.

If that proves to be true, then we fully expect the carrier to charge $650 for the Droid 4 off-contract, just like it does for its other new 4G LTE smartphones.

Should Verizon put the pricing into our hands, we’d charge $199 on-contract for the Droid 4. We think that seems a bit more reasonable for a phone that is essentially a Droid 3 in disguise.

Unfortunately, it appears that Motorola and Verizon won’t be outfitting the Droid 4 with Android 4.0 Ice Cream Sandwich.  Instead, it will arrive with Android 2.3.5 Gingerbread and, very likely, a guarantee from both carrier and manufacturer that the phone will be getting an upgrade to Android 4.0 in the not-so-distant  future. 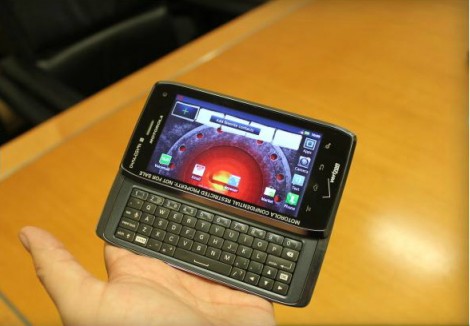 If you want a good idea of what to expect from the software on the Droid 4, check out our review of the Droid 3.