The Motorola Droid 3 has only been out since July and there is, sadly, already talk of the Motorola Droid 4 aka Motorola Maserati going down. According to a tipster on Howard Forums, the Droid 4 is going to feature a slide-out keyboard and yes, it will be compatible with Verizon’s next-generation 4G LTE network, something that the Droid 3 should have had.

It apparently also has a display measuring in at around 4-inches and features a keyboard that lacks the usual d-pad. It’s also said to include a removable battery. Unfortunately, that’s all we have right now and quite frankly, I’m fine with that.

I doubt we see this phone until next year if  Motorola and Verizon stick to the usual cycle. Then again, you recall what happened with the launch of the Motorola Droid 2 last year. 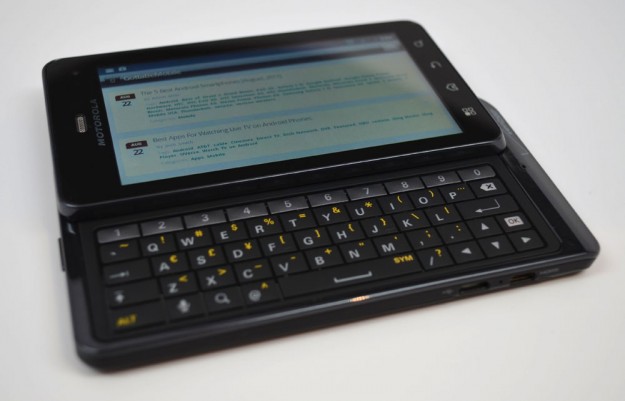 The Droid 4 will apparently drop the d-pad.

I just wouldn’t count on it.