Verizon’s new Motorola Droid MAXX, and presumably the Motorola Droid Ultra, have begun shipping to customers ahead of their August 20th release date.

Earlier this week, there was a bit of controversy over the release dates of the Motorola Droid MAXX and the Droid Ultra, two of Verizon’s new Droid smartphones from Motorola. While the devices were initially announced with an August 20th release date, the devices saw their ship by dates slip to August 27th online causing some to suspect a delay. 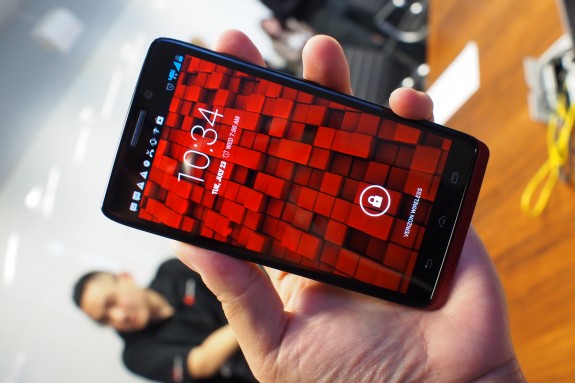 The Droid MAXX from Verizon is shipping out ahead of is August 20th release.

Verizon cleared the air, telling prospective buyers that the devices will still be available on August 20th in-stores but that those who pre-ordered after the change in the date won’t see their devices ship out until later on.

The good news is that those who pre-ordered these devices prior to the date change are apparently seeing their devices shipping out ahead of projected August 20th delivery dates. The screenshot below, sent to Gotta Be Mobile by a tipster, shows the Droid MAXX being picked up by FedEx just a few short hours ago.

The Droid MAXX is shipping out ahead of its August 20th release date.

The tipster tells us that the device is expected to arrive on August 20th, the same date that was given as a ship by date shortly after the devices went up for pre-order. At this point, we can only confirm that the Droid MAXX is shipping but we imagine that the Droid Ultra, the other device set for arrival on August 20th, is shipping as well. Motorola’s third Droid smartphone, the Droid Mini, isn’t set to arrive until August 29th.

The Droid Ultra and Droid MAXX are entering a crowded field as Verizon is set to carry the HTC One on August 22nd and release the Moto X just a few short days later. The carrier is also expected to get the iPhone 5S and the Samsung Galaxy Note 3 which are thought to be arriving in early September. Rumors have also suggested that the company will offer the rumored HTC One Max, a large screen version of the HTC One.

Verizon’s new Droids do have some likable features including high-resolution displays, speedy processors, solid cameras and durable designs. The Droid MAXX also features a massive battery that should offer consumes up to 48 hours in battery life, more than the Droid RAZR MAXX HD.

Thanks to W for sending this in!