Earlier this year Motorola released a slew of its popular DROID smartphones over on Verizon Wireless. The new DROID Ultra, DROID MAXX, and DROID Mini to replace the models from 2012, complete with Android 4.2 Jelly Bean out of the box.

Yesterday we learned that Motorola would be offering a white version of the popular DROID Mini for potential buyers, but now we have another to add to that list. According to @evleaks the popular DROID Ultra will also be available this holiday season in an all new color options. Currently only available in black, with a model offering a red racing stripe for Verizon employes, we’ll soon be able to snag a snow-white Ultra soon enough. 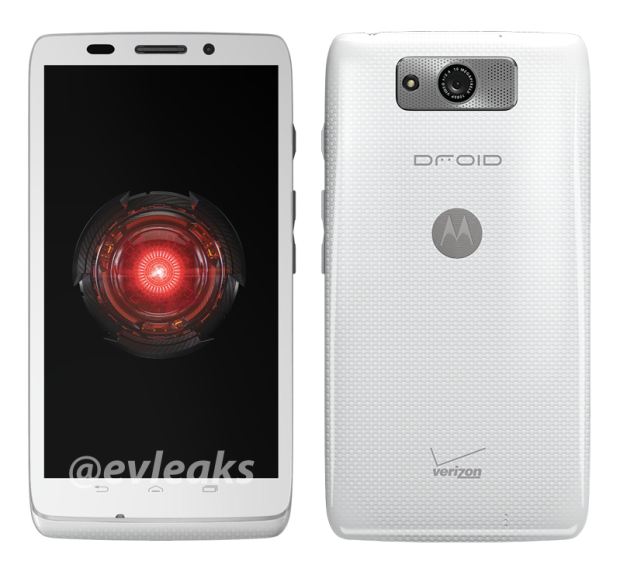 Evleaks has just confirmed that Motorola will be offering both the Ultra and the Mini in a white color option for the holidays, and likely we’ll get the same color for the bigger DROID MAXX, but that’s yet to be confirmed.

Just like the Mini in white, nothing has changed with this device. You’ll be getting the same 5.0-inch 720p HD display and dual-core packing smartphone with Android 4.4 KitKat updates likely coming soon. The DROID Ultra still enjoys the X8 computing system from Motorola full of hands-free always listening modes and commands, a fancy notification system similar to the Moto X, and the 10 megapixel clearpixel camera.

It sounds like both these new color options, as well as a Mini in Red will arrive just in time for the holidays. We’ve heard a few reports suggesting later this week they’ll debut on Black Friday, but others have suggested the debut won’t be until December. Verizon has yet to confirm any details regarding the new color variants.

Some reports have stated the Mini in white is already available in select stores, so if you like the new color option head into a Verizon location and get one today.