The wait continues for owners of the flagship Motorola RAZR smartphone as the smartphone-maker has revealed that the timing for the upgrade to Android 4.0 Ice Cream Sandwich has slipped to sometime within the second quarter of this year. The impeccably thin, splash-proof, and Kevlar-backed smartphone was originally released late last year with Android 2.3 Gingerbread and a custom Motorola skin on top. U.S. owners of the phone–through Verizon Wireless’s 4G LTE network as the Droid RAZR–will still have to wait as the outfit is still evaluating the upgrade process whereas the upgrade for the international GSM version is said to already be in development. 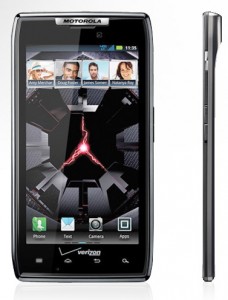 According to Motorola’s website, the Droid RAZR, the Droid RAZR Maxx, the Droid 4, and Droid Bionic–all on Verizon’s 4G LTE network–are all still being evaluated for the upgrade to Android 4.0. Given that many of these phones are recent, Verizon and Motorola will most likely upgrade the devices, but for now, these devices are under the ‘Evaluation and Planning’ phase as detailed on the company’s website.

Along with the phones, the Xyboard 10.1 and Xyboard 8.2 are also being evaluated for upgrade as well, and Motorola says that ‘details to follow’ when they are available.

In the past, there have been leaked ROMs for the Droid RAZR floating in the wild with Android 4.0 Ice Cream Sandwich, so it should be a matter of time before an upgrade gets rolled out. The likely situation is that Motorola is still waiting on Verizon Wireless to test the ROMs to ensure that the software build does not create any interferences with Verizon’s 3G or 4G LTE network. Motorola had promised that Android 4.0 would be coming to the Droid RAZR in the past as well as the Droid Bionic.