This experiment has come to a close. I will continue to use the HTC Titan, running Windows Phone 7.5, but it will not be my daily driver. This might come as a shock to anyone that knows me already, but I am not ready to return to the Windows Phone (WinMo) camp permanently yet. I did say I have become platform agnostic right?

If you revisit an article I wrote last fall when Windows Phone was released, you will see why I chose Android over Windows Phone. Many of the same concerns still exist, but some were remedied. There has been a lot of progress over the two updates since I wrote that article. Cut and Paste was addressed and Microsoft did a fairly good job with it. Screenshot ability is still lacking. The Marketplace is doing better and has grown fast, but still lacking. Tethering support was just put into play a few weeks ago. After that article, I purchased the iPhone 4 and replaced it with the Motorola Atrix a few months later.

So here we are almost a year later, after 2 weeks of continual Windows Phone 7.5 use and my opinions are basically the same as before. Before hitting the reasons that Windows Phone 7.5 will not be my daily driver, let me talk about the things that make me want to continue using the HTC Titan and Windows Phone. Let me remind everyone, I used to be a BIG supporter of Windows Mobile. Consider that before assuming I am a Microsoft hater.

HTC TITAN!
The HTC Titan is a beast of a device. I would dare say that the HTC Titan is the best Windows Phone out right now if you don’t mind a larger phone. The hardware is consistent with HTC Quality, very well built. The camera is awesome. The 4.7″ screen is just stunning. I have zero complaints with the HTC Titan. It made using Windows Phone a joy. Kudos HTC. I plan to have my complete review of the HTC Titan online in the next week or two, but this is not the US version available on AT&T’s network.

THE SEXY SEXY SEXY UI
Yes, I said sexy three times. Windows Phone definitely has curb appeal. I live in Alabama and you don’t see many geeks running around in the streets here. That said, I only really see iPhones and a scattered Android device in the hands of people in Tuscaloosa. In 3 weeks here in Alabama, I have had 3 different people approach me in public settings wanting to get a better look at Windows Phone on the Titan. One of them said, “Wow, what phone is that and how did you get it to look like that?”. They were referring to the Metro interface. I explained that it was Windows Phone and I was shocked to learn that this person didn’t knew Microsoft was still in the smartphone game. I really enjoy the looks of Windows Phone. It’s fresh, convenient, and runs fast.

HUBS, LIVE TILES, AND SUCH
The integration of Facebook, Twitter, Linkedin, and other social networks into the People hub is stellar. It’s hands down the best contact system on any mobile OS. Allowing apps to run in the background now allows live tiles to keep you updated with data right on the home screen. Toast notifications are great as well.

XBOX AND ZUNE
I can’t explain how much I love the concept of Zune Pass. I have loved this music consumption model ever since I subscribed to Yahoo Music Service 7-8 years ago and immediately jumped on the Zune Pass train when it launched. The Zune experience on a Windows Phone is getting better with Smart DJ, almost eliminating the need for apps like Pandora, Slacker, and Spotify. I think Microsoft should consider making Zune Pass content available on non-Windows Phone device too.

The Xbox Live experience is awesome and I really like the concept of being able to challenge friends to games across the net. It’s really cool to be able to get Xbox achievement points with a mobile game. I love the seamless Xbox avatar support. The personal touches set it apart from the other mobile OSes. It makes Apple’s game center look like the Atari.

SENTIMENTAL ATTACHMENT
Yes, this one gets to me, but I have to use what works best for me. I have loved being able to relate with all the awesome friends I have made online and in person over the years through my former role as a Windows Mobile Fanboy. Some of my best friends are former Microsoft MVPs like me. Many of them are still avid supporters of Windows Phone. It’s been fun being able to relate to conversations we’ve had on private lists over the last couple of weeks. I still have a soft spot in my heart of Microsoft and I truly want to see them succeed in this market. I will continue to cheer for Windows Phone. 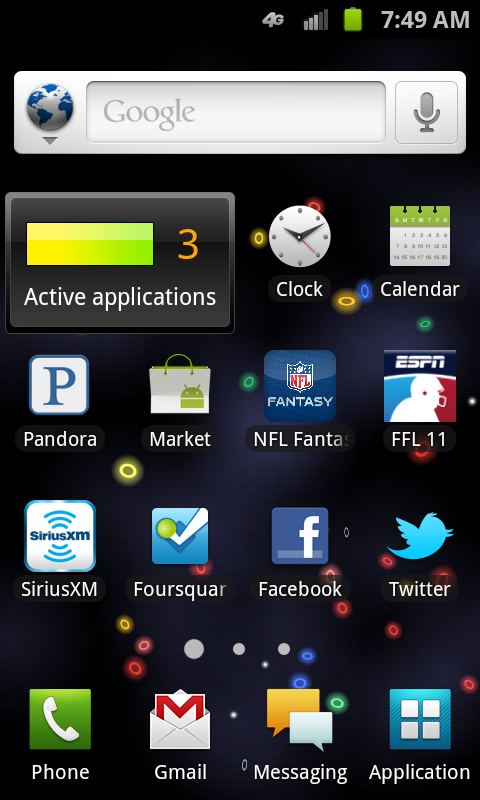 My must have apps

THE MARKETPLACE
The Marketplace itself is not bad, it’s just the fairly small amount of apps available, comparatively speaking of course. The Marketplace just went over 40,000 apps last week. Compare that to 500,000+ for iOS and 300,000+ for Android. Sure, quantity doesn’t always equal quality, but not all 40k apps in the Marketplace are high quality either. I look forward to seeing Windows Phone app selection grow and right now, the growth is quicker than what the Android Market saw at this point.

Windows Phone has a ton of really good, mainstream apps available right now, but that’s not what is going to set them apart. When you hear commercials or visit a website that mentions “their” app, 99% of the time it’s sounds something like this, “Make sure to download our app for your iPhone or Android device!”. That is disheartening to say the least. Talking with app developers, most of them say that they will start developing for Windows Phone when they gain a larger market share. Well, I think they are going to have a hard time getting more market share without a larger app portfolio.

Based on feedback from friends, here are some other highly desired apps missing from the Windows Phone portfolio:

INTERNET EXPLORER
For the most part, the browser rocks. For video support, not so much. Many sites I encountered that had video embedded were not able to play the video. I would click the link to the video, it would open the video player and prompt me with an error stating that the video couldn’t be played. That is very annoying. Youtube videos work fine, but other providers are hit or miss.

NOTIFICATIONS
Notifications have gotten better with Windows Phone as compared to the initial release last fall, but they still don’t stack up to Android and iOS. I want to be able to know right away when someone talks to or about me on Twitter. Mehdoh, a leading 3rd party Twitter client, does this, but it only checks every 30 minutes. I want to know right away. I also want to know when something happens on Facebook. I want audible notifications when things happen online that I need to know about. I don’t want to have to pull my phone out to check for these events every 5 minutes. 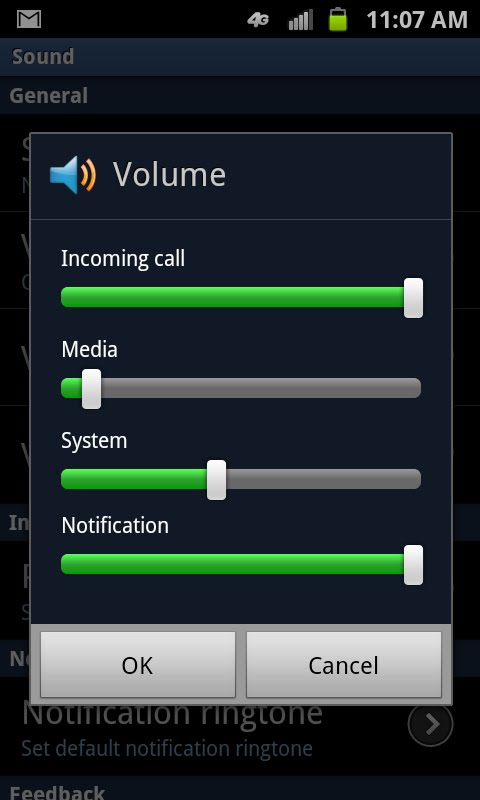 VOLUME
Maybe this is a minor gripe, but when you come from Android to Windows Phone, it’s quite noticeable.  Windows Phone has a master volume controlling all sounds. Let’s say I am at a doctor’s office playing some Full House Poker and I have the volume down really low to keep from bothering others in the waiting room. I get called back and toss my phone in my pocket. I complete my visit and head on down the road. My wife calls, but I don’t hear it. Why? Because I have my volume set to 2/30 still. With Android, I can leave the ring volume up high and have the game down low. Problem solved. Windows Mobile had separate volume sliders, but not Windows Phone.

NAVIGATION
Short and simple, Bing works but not as good as Google Navigation. I tried it, it works, but the experience just doesn’t measure up.

Ultimately, the choice is Android right now. I will continue to keep a close eye on Windows Phone as the Marketplace fills up and apps become available. I will report here on GBM as new Windows Phone apps of note pop up too. The bottom line, there are apps I miss with Android an as shallow as it sounds, they are deal breakers. The lack of a full lineup SiriusXM app alone negates all the awesomeness Windows Phone 7 does provide. I use it more than I thought I did.
In addition to app support, I really missed Swype.

Bottom line, app support is lacking. Give it another 6 months or so, and I think Microsoft will be cooking with bacon.

Android, iOS, and Windows Phone – All three are capable!
Being someone that has been able to enjoy all three of them, I can say without hesitation that all three are very capable smartphone platforms. Android and iOS have a huge lead in app support, but the core functionality of the base OS is great on all three. Without the need for 3rd party apps, I think I could get by just fine with any of them and an average use definitely could. I believe that the non-geek users, if given a chance, could have just as good experience on Windows Phone than they do with the iPhone.

This series is technically over but there is an update I’d like to share. In the final article in my series, I mentioned that I was going to return to Android and that I had gone out and purchased the Galaxy S II Skyrocket. Well, that was short lived. I missed Android, my key apps, and Swype during the time I was using the HTC Titan. After moving my simm card from the Titan to the new Skyrocket, it took all of 3 days for me to miss the Titan. On December 2nd, I tweeted that I was going to go back to the Titan. I did and I returned the Samsung Galaxy S II Skyrocket today.

I want to thank HTC  for providing the review unit that I will be using for this adventure. This HTC Titan is an overseas model and not the version that will be available in the US on November 20th, 2011.
Related Topics:AndroidAndroidtowpAppsfacebookFoursquareHTC TitanTwitterWindows Phone 7WP7