Apple is experimenting with ways to make a new iPhone waterproof according to a new patent filing that details two methods to protect new iPhones and iPads from water using coatings and seals.

If you want to use an iPhone 6 in water you need a LifeProof case or you need to pay a company to protect your iPhone 6 with a special coating that keeps water off the important parts.

Apple patents don’t always come to life in new device, but with consumers carrying their iPhones almost everywhere they go it would make sense for Apple to incorporate this technology into the new iPhone.

A waterproof iPhone 6s feature would be a perfect addition to an “S” model. Apple traditionally keeps the same design for two years, but upgrades features in these off years.  Apple uses a small indicator in the iPhone to tell if an iPhone was dropped in water. 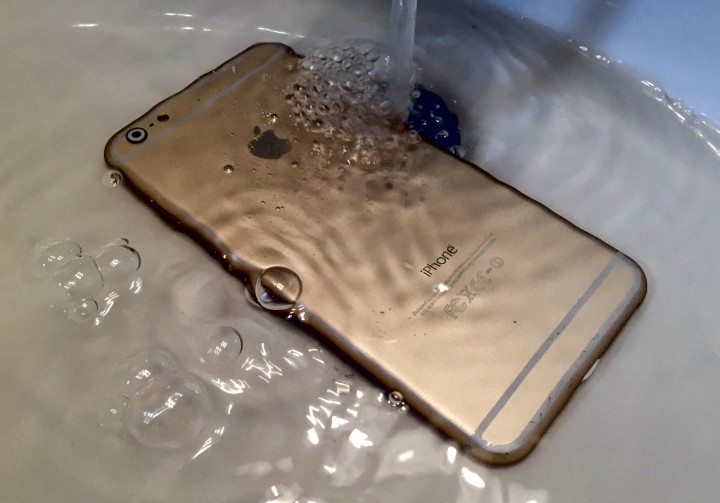 We could see a new waterproof iPhone this year.

In a new patent published this month, and shared on Patently Apple, the company explores the use of a two-part design to make a waterproof iPhone without the need for a case. This method uses silicon seals and a hydrophobic coating instead of o-rings and port covers like the Galaxy S5 uses. Samsung is currently advertising the Galaxy S5 water-resistant feature that lets users take it into three feet of water for up to 30 minutes, but the company dropped this option from the Galaxy S6 and Galaxy S6 Edge.

The video above demonstrates a waterproof iPhone that can survive water thanks to a hydrophobic coating. Liquipel makes technology that can turn any iPhone into a waterproof iPhone. For $60 Liquipel coats the iPhone 6 or iPhone 6 Plus in a hydrophobic coating that protects the internal parts from water, without the need to cover ports or use a case. The company does warn, “Liquipel does not recommend your device ever come in contact with liquid.”

In the most recent Apple waterproofing patent there is no mention of the iPhone specifically or of the iPhone 6s that we expect later this year, but the drawings clearly show an iPhone shaped device that curiously lacks a home button. 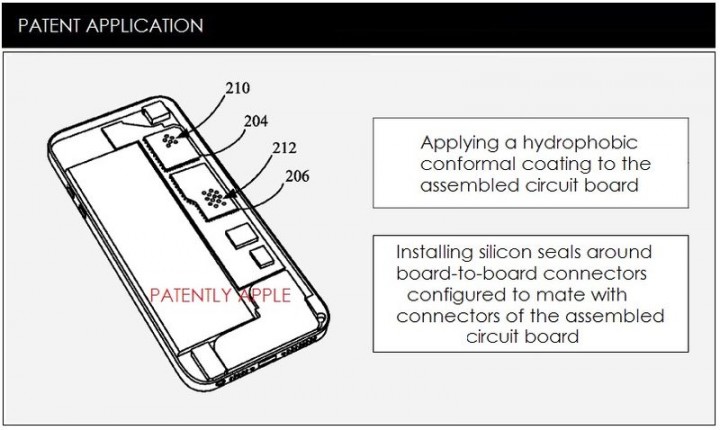 Here is the latest Apple patent for a waterproof iPhone.

A Verizon Wireless survey from 2014 discovered that 65% of smartphone owners use the iPhone on a toilet and 29% have spilled food or drink on a phone. A Gazelle report from 2013 listed water as the third most common reason for a smartphone to break. We regularly hear from users who drop an iPhone in water, so much so that we created a guide for how to save an iPhone 6 from water damage.

This patent doesn’t mean the iPhone 6s release will deliver a waterproof iPhone that many of us want, but it is a good sign. Samsung dropped this feature after one product cycle in favor of a high-end design, much to the dismay of a number of users.

We expect a new iPhone 6S in 2015 with the same design and 4.7-inch display. Apple normally announces a new iPhone in the fall. You can see our iPhone 6s feature wishlist below and check out the latest iPhone 6s rumors to catch up on what we currently expect.