According to The Verge, the event is slated for 9:30AM in New York City and it will be a joint press conference with both Microsoft and Nokia. The invite features both Nokia Lumia and Windows Phone branding so it’s safe to assume that we will find out about Nokia’s Windows Phone 8 plans at the event.

So, it would appear that Nokia and Microsoft want to fit the announcement in ahead of the iPhone 5 announcement which is currently rumored to be taking place on September 12th. 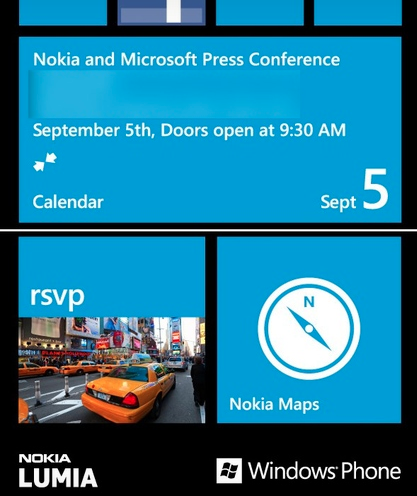 It also will come ahead of Nokia World which kicks off in late September and it will run before a rumored September 30th launch date for Windows Phone 8.

The invites come shortly after two upcoming Nokia Windows Phone 8 devices leaked out. The first, the Nokia Phi, figures to be the company’s high-end Windows Phone 8 smartphone and maybe the device that arrives on September 5th.

The Nokia Phi is rumored to have a design similar to the Nokia Lumia 800 but feature a 4.65-inch display. It’s also rumored to include an external SD card slot, NFC, and 4G LTE. 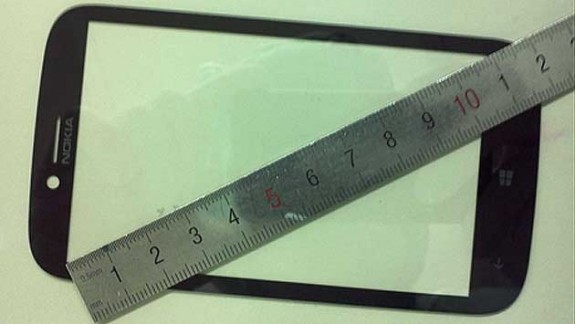 This could be the front panel for a new Lumia device.

Shortly after that leak, a front panel of another unannounced Windows Phone popped up hinting at another Windows Phone 8 device sporting a 4.3-inch display.

Nothing else is known about that device though it could be a mid-range device like the Lumia 710 or Lumia 610.

As for Windows Phone 8, it is expected to launch as soon as September with September 30th currently pegged as a possible launch date wherein Microsoft will announce an upcoming release date.

November is currently said to be the target date for release as the software isn’t slated to hit RTM until September. However, we’ve also heard that the Nokia Phi could ship as soon as October and we may find out for sure on September 5th.