Samsung’s Galaxy Note Edge features a Quad HD resolution, a 2.7 GHz Quad-core Snapdragon 805 with 3GB of RAM, Android 4.4.4 KitKat with Samsung TouchWiz, 16MP camera with Optical Image Stabilization, massive battery, and a thin 8.3mm frame. It also comes with an S Pen stylus though the display, seen in the video below, should be its biggest draw.

Today, we want to roundup everything we’ve learned over the course of the last month and paint a vivid picture for those interesting in the upcoming Galaxy Note Edge release date.

We’re now almost a month removed from the Galaxy Note Edge launch and Samsung, and its carriers provides, have failed to produce a single concrete date for buyers around the world. Typically, we hear some murmurings behind the scenes but we haven’t heard much of anything in the days since Samsung first took the stage.

Samsung’s announcement will likely come out of nowhere. We saw Galaxy Note 4 release date details emerge from thin air earlier this month and we expect the same from the Galaxy Note Edge.

There’s a chance that carriers, and Samsung, are waiting for the Galaxy Note 4 release to heat up before announcing details. The company may not want to overshadow one flagship with another. The Galaxy Note 4 is available in Korea but it’s still up for pre-order in most regions around the world. At this point, October is a safe bet for an announcement.

The Galaxy Note Edge has, all along, been touted as a high-end device aimed at the high-end market. Samsung made this explicitly clear in several controlled leaks including one from Bloomberg earlier this year.

“We are targeting consumers who want more professional use and tend to be willing to pay more for handsets.”

Earlier this month, a Samsung executive said that the Galaxy Note Edge would be a “limited edition concept.” In other words, it’s not expected to be a mass produced device like the Galaxy Note 4.

Samsung recently said that “the Galaxy Note Edge will be released in selected markets” which also alludes to a very controlled release in a limited amount of markets. So far, only a few regions have been confirmed. The device will be heading to the United States, Korea, the United Kingdom, and Canada. These are all high-end markets.

This timing is still not set in stone which means that consumers will want to keep late October circled in pencil. It could potentially serve as the initial Galaxy Note Edge release window though we could see it limited in scope. The Galaxy Note 4 arrived early in Korea, weeks before other key markets like the U.S. and the U.K.

We still don’t have any specific information regarding the Galaxy Note Edge release in the U.S.

We’re heard “later this year” and T-Mobile still says “fall” but we haven’t seen much more than that. The most telling detail of all though is the fact that none of the U.S. bound Galaxy Note Edge models have been caught passing through the FCC. This needs to happen before the release can happen and before carriers can announce release details.

AT&T, Sprint, T-Mobile, and Verizon will all carry the Galaxy Note Edge. We still don’t know if the nation’s fifth largest carrier, U.S. Cellular, will carry it. The carrier has not confirmed one way or the other though at this point, with no details yet available, we’d say that the odds are slim to none. Don’t count on a release this year.

All Samsung UK is willing to say is that the Galaxy Note Edge release date will be “confirmed in due course.” That sounds like folks in the United Kingdom have a bit of a wait ahead of them though it doesn’t rule out an arrival in 2014.

The UK is a key market and one that Samsung has focused on for several years now. While it might not get it right off the bat, there’s a good chance that the UK will be among the second tier regions.

Clove UK also passed along another strange bit of information, information that it says comes from its distributors. Here’s what Clove said about the Galaxy Note Edge release a few weeks back:

So, we could see some European countries slip through the cracks though we still don’t know any of the details. The UK is typically out in front when it comes to Europe though we could see it lag behind a few places. We’ll just have to wait and see.

Clove is also taking Galaxy Note Edge pre-orders in the UK though, by its own admission, it’s doing so without knowing the Galaxy Note Edge’s price. Again, unless you’re absolutely sure, you’re probably going to want to avoid these early orders. Just wait for the official pre-order to begin.

We just went into great detail about the Samsung Galaxy Note Edge price and we’ve determined that there’s a very good chance the Galaxy Note Edge will be priced at a fairly absurd price point. Everything is pointing in that direction and buyers are going to want to prepare for the worst.

These two devices share a lot of the same features and it appears that they’ll both offer a ton of horsepower. You’ll just need to decide whether you need that curved display or not. 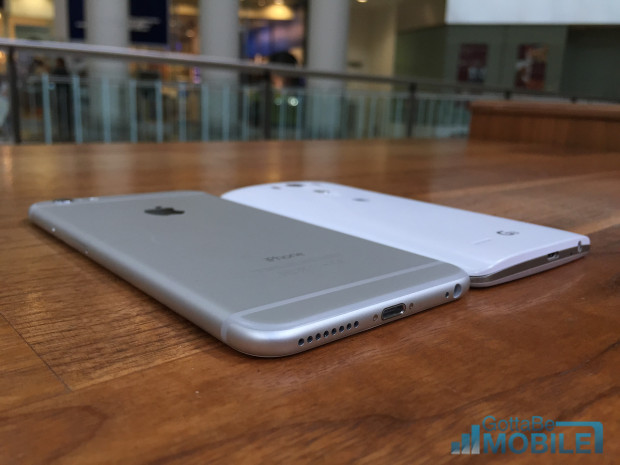