The Optoma UHD51A is a 4K projector with support for voice control with Alexa or Google Assistant to switch inputs, display modes and other common features.

In addition to delivering easy control for anyone in your family, something not all projectors and home theater systems can promise, the Optoma UHD51A delivers a very good-looking picture and does an impressive job of immersing you in 4K movies and games. 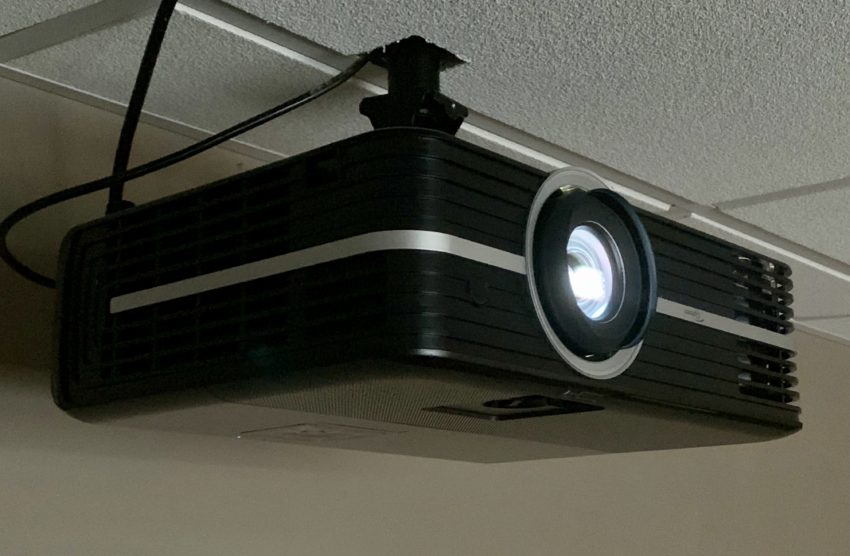 The Optoma UHD51A is a 4K projector with support for Google Assistant or Alexa.

The Optoma UHD51A delivers 4K with pixel shifting to achieve 4K resolution on your projector screen. It’s similar to the Optoma UHD50, which is $300 cheaper, but it includes Frame Interpolation, Full 3D support and includes a built-in USB player that is capable of 4K video playback. With a WiFi dongle you can even use it as a wireless display for your phone. I like that the UHD51A includes two HDMI ports capable of supporting 4K HDR content.

The Optoma UHD51A is available at Amazon, Best Buy and other retailers for $1,699.

Setting Up the Optoma UHD51A

The Optoma UHD51A is easy to set up and offers several controls that help you adjust it to your media room. The UHD51A is bright enough to use with ambient light, but you’ll want to keep it closer than in a room where you can control all the lighting.

I mounted the Optoma UHD51A to my basement ceiling, but it is small enough that you could set it up on a small coffee table and then move it out-of-the-way or take it to a friend’s house. It’s not a super-portable projector, so I’d still opt for a permanent or semi-permanent setup. 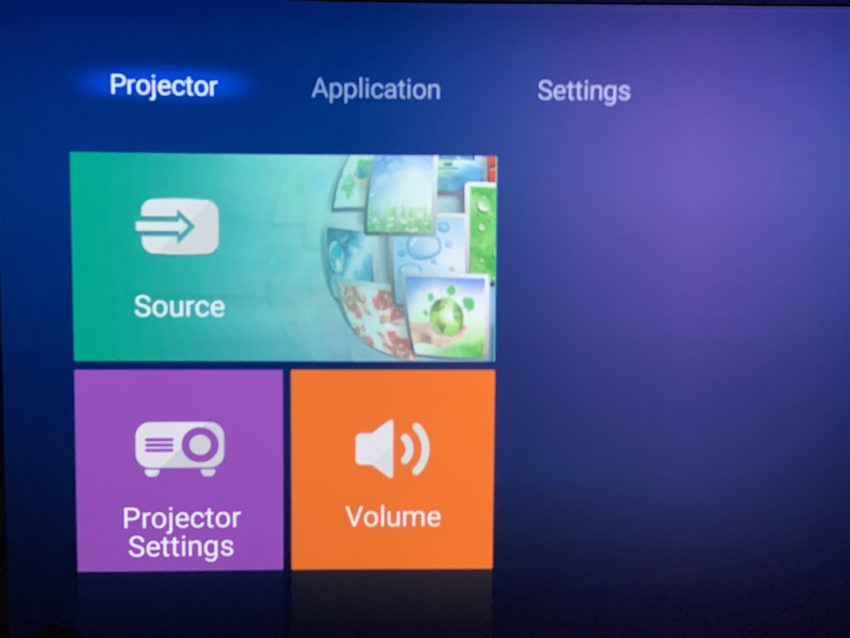 The UHD51A is easy to setup and use.

The UHD51A includes vertical lens shift and 1.3X zoom. This allows you to move the image around to better fit installation in the real world. It’s a useful set of options, but there is no keystone correction. If you need to install with a more complicated position, you may need to look into the Epson 4K projectors that offer more flexibility.

Setting up WiFi and voice control was a challenge at first, but after rebooting everything and resetting WiFi the setup was easy enough to complete.

If you are using a long run of HDMI to get to the UHD51A, you will want to invest in a high quality cable. Cheaper 4K HDMI cables don’t hold up well for long runs with all sources. This isn’t a fault of the projector, simply something you need to consider when using long run of HDMI for a 4K projector.

Watching Movies on the Optoma UHD51A

“Does 4K make a difference when watching movies?” That’s one of the biggest questions I hear from people when they find out I’m testing a new projector or TV.

It’s a definitive yes. UltraHD or 4K content is a major upgrade when watching movies, especially on a large display afforded by a projector. With the higher resolution you’ll see more details in movies that you stream from Netflix, Amazon or that you play from a 4K Blu-Ray.

While watching Ozarks on Netflix, Jack Ryan on Amazon Prime Video and a variety of 4K movies on Netflix the UHD51A delivered an impressive amount of detail with just the right amount of brightness to keep detail even during dark gritty scenes.

Images above from Crouching Tiger, Hidden Dragon: Sword of Destiny and APEX: The Story of the Hypercar

While projectors don’t display HDR in the same way as a 4K TV, the Optoma UHD51A does a very good job of handling HDR content. Overall I’m very satisfied with the picture quality, brightness and colors that the UHD51A delivers when watching movies.

You can also use the UHD51A to watch TV, but in most cases you will not get 4K TV due to limitations from cable or satellite providers. The content still looks good, but it will cement the decision to watch in 4K whenever you can.

This is where the Alexa voice control or Google Assistant voice control shines. With Alexa you can turn on the projector, switch inputs, change display modes and more. It’s not the only way to control it, but it’s a very handy way to simplify turning the projector on and getting it on the right source, It’s handy for other family members who may not want to use a series of remotes. It’s also a cool addition to your smart home.

Optoma includes a small white remote that is easy to find. It’s not backlit, but there aren’t many buttons so it’s easy to remember where the important buttons are. It looks like a remote you’d find on a Roku or similar media player.

The projector isn’t too loud to get in the way of watching movies, but it is audible when mounted above the couch where I sit. The two built-in speakers are OK, but you’ll get a much better experience by connecting to a soundbar or home theater system.

In addition to watching from a Xbox One X or Apple TV 4K, like I did, you can also connect USB drive with 4K content to the director and play it directly.

Gaming on the Optoma UHD51A

In addition to watching movies on the Optoma UHD51A I spent time gaming with the Xbox One X. Gaming on projectors is something that some gamers won’t even think of due to higher input lag. The UHD51A input lag is 60 to 71 ms according to various tests. This is about triple the Vizio TV that I typically game on, and rather high for gaming.

This can make a difference in fast paced online shooters, but if you play single player games like Assassin’s Creed Origins or casual games it isn’t going to be as big of an issue. The UHD51A is great for casual gaming and provided a fun way to play the Nintendo Switch on a big screen, but ultimately it’s not the first choice for playing fast paced online shooters due to the input lag.

The only change I had to make to use my Xbox One X with the Optoma UHD51A was connecting it with a shorter HDMI cable, as the cable I had wasn’t up to the task with the Xbox One X. The same cable worked fine for my Apple TV 4K, so the Xbox One X was the culprit. This is worth mentioning because the Xbox One X can be finicky with 4K devices, especially projectors.

Once I connected my Xbox One X with the included HDMI cable I was up and running with 4K gaming on a massive screen. This is an insanely immersive experience for racing games and open world gamers where the world almost blends into the room around you.