If you buy an upgraded version of Red Dead Redemption 2 you’ll get bonus in-game content and some unique items. Rockstar and its retail partners are offering several different Red Dead Redemption 2 editions so you’ll want to make sure you buy the right bundle for your interest level, time, and your budget.

Red Dead Redemption 2 is much cheaper than it was at launch which means many Xbox One and PlayStation 4 owners are trying to decide if the game is worth the price of admission.

In this guide we’ll take you through each edition of the game and help you choose the right one for you.

The standard version of the game offers the least amount of content, especially now that you no longer get the game’s pre-order bonuses, but it’s the edition most people should buy.

Who should buy this edition of Red Dead Redemption 2?

If you’re excited about the game’s lengthy single player story mode and want additional content right off the bat, you might opt for the Special Edition. 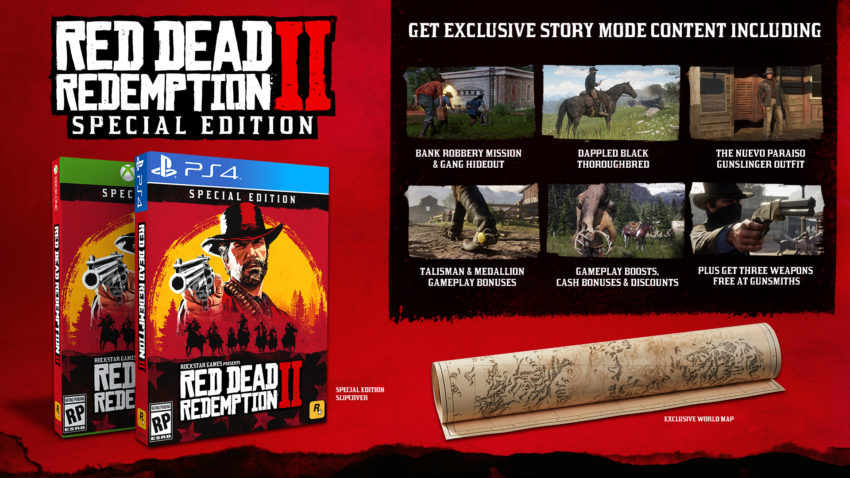 Who should spend the extra money on the Special Edition?

You can buy the Special Edition at Amazon, Best Buy, GameStop, NewEgg, Walmart, and other retail locations.

If you’re willing to spend a little more cash you might go with the game’s Ultimate Edition which includes everything from the Special Edition plus some additional items for the Red Dead Online mode.

The Ultimate Edition isn’t cheap, but spending the extra cash nets you some nice bonuses: 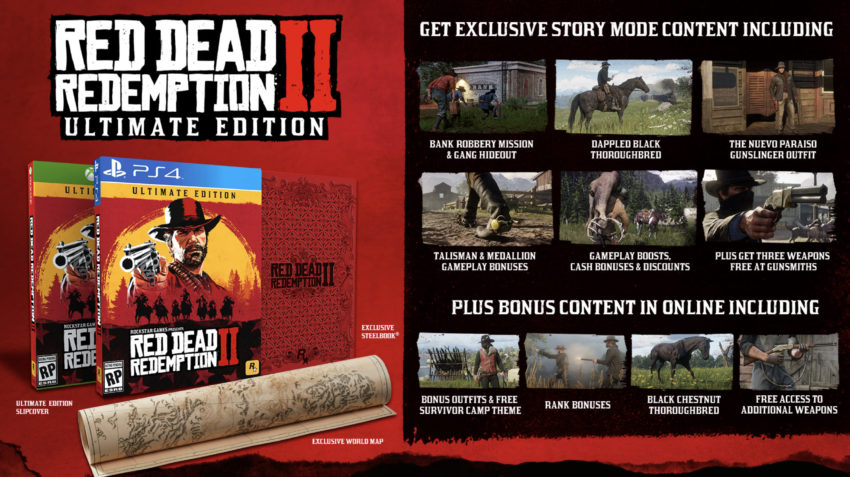 Who should buy the Red Dead Redemption 2 Ultimate Edition?

You can buy the Ultimate Edition at Amazon, Best Buy, GameStop, NewEgg, Walmart, and other retailers.

Rockstar is also offering a Collector’s Box aimed at those who love the series and want some collectors items. The set is available at GameStop and the Rockstar Warehouse for $100 with a limit of one per customer.

It’s important to note that the Collector’s Box doesn’t come with a copy of Red Dead Redemption 2. The game is sold separately which means you’ll need to spend upwards of $100 if you want the Collector’s items and the game. 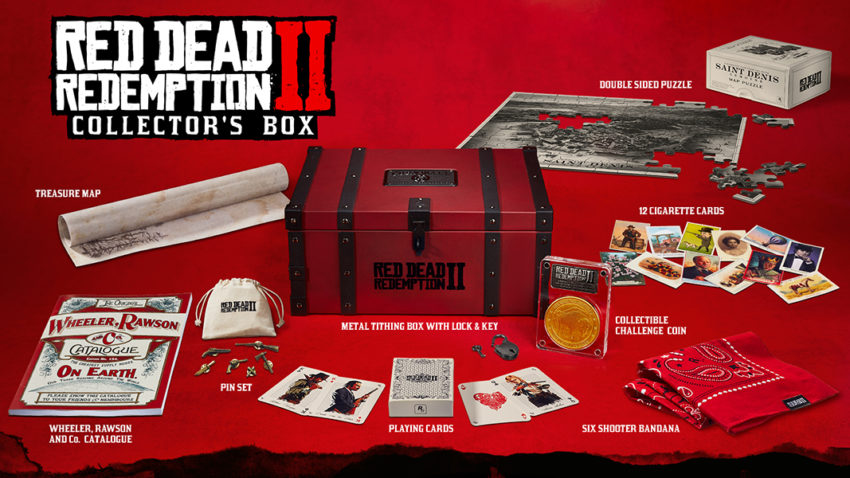 The Red Dead Redemption 2 Collector’s Box is aimed at the most hardcore fans of the series.

The Collector’s Box is chock full of unique items and includes:

Who should buy the Red Dead Redemption 2 Collector’s Box?

The box, in our opinion, is for one person in particular: The diehard Red Dead Redemption fan/collector given the fact that it doesn’t come with a copy of the game.

You can find it at GameStop.

Red Dead Redemption 2 is sold in both digital and physical formats and there are some key differences between the two. Let’s start with a few reasons why you might want to buy the game without a disc.

If you’re sick and tired of having discs clutter up your entertainment center or your shelves, you might want to go with the digital version to keep down on the clutter.

If you live in a house where discs sometimes get lost or damaged, either by your hard or someone else’s, you might want to go with the digital copy to avoid these issues.

There’s also the convenience factor. If you buy the game digitally, you can just fire up your console and select play. You don’t need to go into your sleeve of cases or boxes to find the disc each time you want to play. 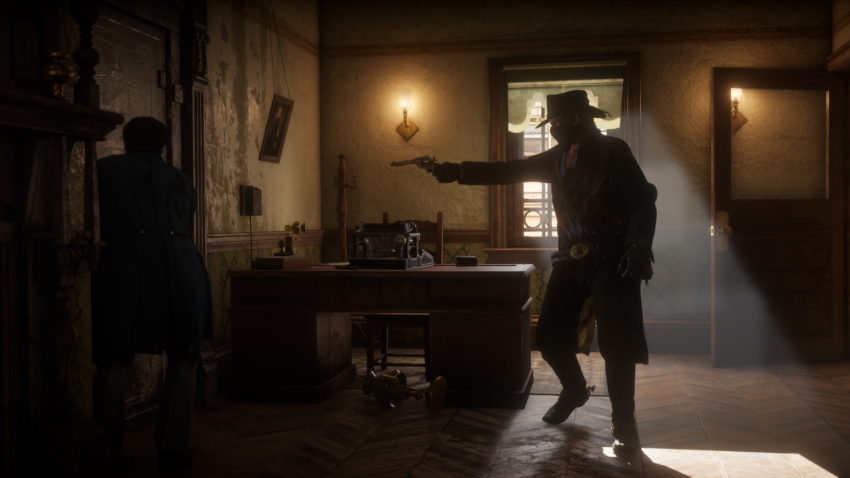 If you go with a physical copy of Red Dead Redemption 2 you’ll be able to sell it to a store like GameStop for credit toward another game if you get tired of it. You’ll also be able to sell it for cash on a site like eBay or Craigslist.

On top of that, you’ll be able to easily lend your copy of Red Dead Redemption 2 out to friends or family members when you decide to move onto another game or if they want to try it before they buy.