In its testimony as part of Samsung’s legal trial against Apple in which Apple claims that Samsung had infringed on key design patents, Samsung principal designer Jin Soo Kim for the Galaxy Tab 10.1 told the court and jury that the South Korean company had already begun work on the tablet prior to the launch of the Apple iPad. The testimony presented by Mr. Kim was made to signify that as work had been done prior to the launch of the iPad, Samsung could not have copied Apple’s designs. However, the testimony does call up questions about Samsung’s timeline.

First, Samsung’s first response to the Apple iPad was the original Galaxy Tab 7-inch. The company had debuted the 7-inch form factor as being pocket-friendly, jacket-friendly, and purse-friendly as the smaller size was more portable.

Additionally, the Galaxy Tab 10.1, the first edition, was officially released in the summer of 2011 after an initial introduction around the Mobile World Congress and CTIA trade show time frame. The original iPad debuted in 2010, a second-generation iPad came in 2011, and now, the new ‘Retina’ iPad in its third-generation came to market in 2012. 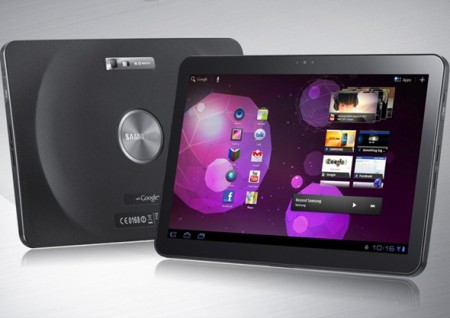 Originally announced Galaxy Tab 10.1 prior to the final version that was released at Google I/O later that summer.

If Samsung observers recall, Samsung had debuted a rather clunkier Galaxy Tab 10.1 tablet earlier in the year of 2011. At the time, the Galaxy Tab 10.1 had a clunky ring at the back of the tablet and the device was thicker and bulkier. After Apple went on the offensive and debuted the iPad 2 in the Spring of that year, Samsung went back to the drawing board and in between the first introduction of the Galaxy Tab 10.1 and the final version that was released in summer 2011, there were major design changes to create a cleaner design. 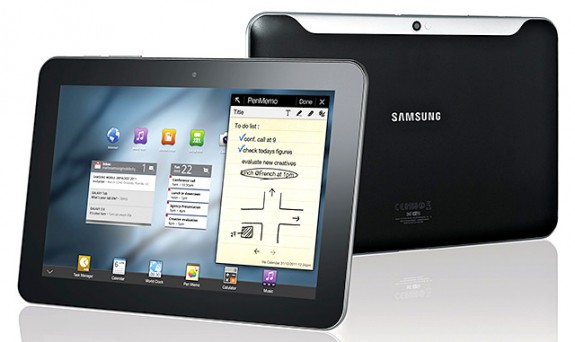 Samsung had redesigned the Galaxy Tab 10.1 since introducing it earlier that year and this is the final consumer release hardware

So while Mr. Kim’s argument that Samsung had begun work on the Galaxy Tab 10.1 prior to the iPad, Samsung must have–and by all means should have–seen the iPad 1 and iPad 2 designs and went back to re-tool their tablets. What else could have explained the delay in launching the tablet and the subsequent redesigned edition that was launched at Google I/O in 2011?

In court, Apple went on the offensive, citing internal Google memos to Samsung asking the Android tablet-maker to re-design the tablet as the Galaxy Tab 10.1 was too similar to the iPad. Samsung claims it never saw those memos.