As we push deeper into the year towards summer, we’re seeing Samsung make incredible progress with its Galaxy Lollipop release. In the past week we’ve seen a number of new Galaxy Lollipop update details emerge and today we take a look at the most important details.

Its been five months since Samsung first started rolling out its Android 5.0 Lollipop update to Galaxy-branded devices. While the roll out started off slow, it has come on strong as we’ve pushed deeper into May. We’ve seen a wave of new Galaxy Android Lollipop updates push out and this week has been no different.

Today, Verizon released Android 5.0.2 for its version of the Galaxy Tab S 10.5. Verizon follows in the footsteps of AT&T and T-Mobile and its update delivers the same wealth of features. The update, which is Android 5.0.2 and not Android 5.1 or Android 5.1.1, brings several notable changes to the table including Google’s new Material Design. It should also bring performance improvements to the slate.

Verizon likes to roll its updates out in phases though owners of the Galaxy Tab S 10.5 will want to take a look in the device’s settings to see if the update is there. Verizon’s roll outs typically take a few days to complete so owners of the popular tablet will need to remain patient.

Verizon isn’t the only one making moves this week. A new Sprint Galaxy Note 4 Lollipop update doesn’t bring Android 5.1 and its changes but it does bring support for factory reset protection. Factory reset protection is a Lollipop feature that requires users to input a passcode before factory resetting a device. It’s designed to ward off thieves who like to sell phones on the black market.

Sprint’s Android updates also tend to roll out in waves which means that it could be a few days before every single Sprint Galaxy Note 4 user gets the update. The software also brings bug fixes to the Galaxy Note 4 and it arrives as build number N910PVPU2BOE1.

We’ve also seen a flurry of details from carriers in the international community. Vodafone Australia, one of the few carriers that enjoys keeping its customers up to date, has released a new Android upgrade schedule that outlines its plans for the future.

It’s not clear when it plans to make these updates available though carrier testing typically doesn’t last any longer than a few weeks or so. 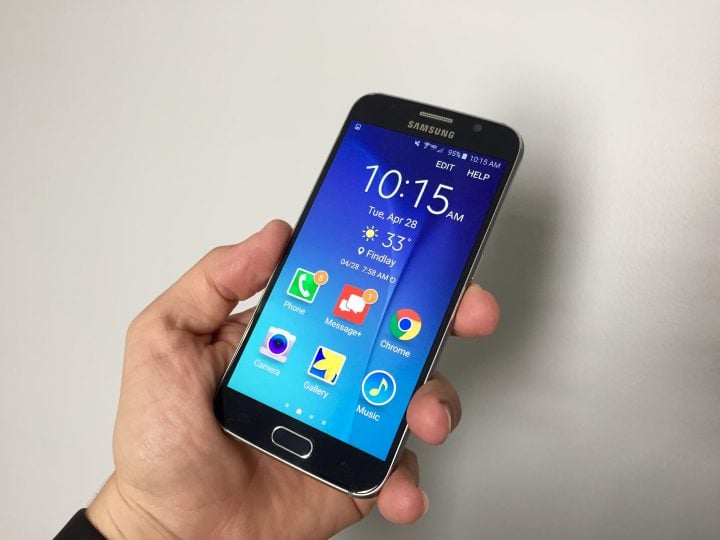 In addition, UK operator Three recently confirmed plans to release a Galaxy A3 Lollipop update in June, the Galaxy NotePRO 12.2 LTE Lollipop update is now rolling out, and we continue to see Android 5.0 Lollipop problems emerge from all ends of the earth.

Fortunately, carriers like Sprint are starting to roll out bug fix updates, months after their initial roll outs. Samsung’s also reportedly working on an Android 5.1 Lollipop update though it’s only confirmed for the Galaxy S6 and the Galaxy S6 Edge. It’s not yet clear if it will head anywhere else.